PAMPLONA (ChurchMilitant.com) - 240 consecrated Hosts were obtained by sacrilegious Communion and profanely displayed as "art" on city property with support by the town council.

The city council in Pamplona, known for its annual "running of the bulls," is staffed by a radical left-wing Basque separatist coalition called Bildu. This city council hired "artist" Abel Azcona to make an art exhibit in their gallery on city property.

Azcona then acquired 240 consecrated Hosts by repeatedly pretending to receive Communion in the hand while attending Catholic masses. He photographically documented these sacrilegious communions, and posted them on his Twitter page.

In August, openly homosexual Azcona arranged these hosts "artistically" on the ground to form the word Pederastia, Spanish for a sexual act between a man and a boy. He also posted photos of this on his Twitter page.

The exhibit, titled "Buried," was presented by Maider Beloki, a councilwoman from the city's Department for Culture. The Hosts were laid out on display until a private citizen rescued them from the art exhibit.

But council members then allowed Azcona to display photos of the theft of the Hosts and their placement on the ground in a public art gallery in Pamplona.

Polonia Catellanos, spokesperson for the Christian Lawyers Association, told Catholic News Agency that the association has filed a lawsuit against the author of the display for "an offense against religious sentiments and desecration." The offenses are illegal under Articles 524 and 525 of the Spanish Penal Code.

Catellanos said, "We've also given the Pamplona City Council until Thursday to close down the art exhibit. If they don't do it, we'll expand the lawsuit to include charges of complicity and necessary cooperation."

Castellanos said their group was surprised the city council would collaborate with this desecration.

I don't know why a city council, no matter of what political stripe, would allow something which is clearly a crime. In principle, public authorities such as the city council should be ensuring that crimes like these are not committed, not help commit them. The penal code is for everyone and if they don't pull the exhibit before Thursday they're going to have to answer for it.

MasLibres.org, which held a demonstration Monday, called the photographic exhibit "a flagrant attack against our freedoms and a spectacle reflecting the moral and creative poverty of the supposed artist."

Miguel Vidal, a Maslibres.org spokesman, said, "Making available space on city property that all the citizens of the provincial capital pay to maintain with their taxes makes the city government an accomplice in what can be considered the biggest attack on Catholics in recent years."

Public outcry has followed the display. As of Wednesday, a petition objecting to the exhibit and asking that it be taken down immediately by the city council has been signed by nearly 100,000.

To learn about the Real Presence of Jesus in every particle of the Blessed Sacrament, watch our Premium show Sleight of Hand: Reception Deception: 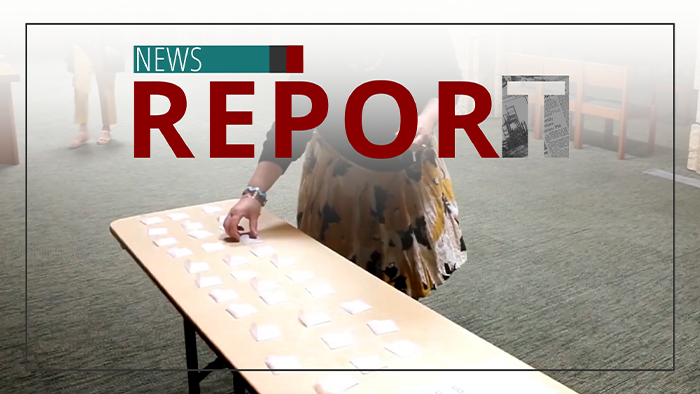