MADISON, N.J. (ChurchMilitant.com) - Supreme Court Justice Samuel Alito warned of the loss of religious liberty for Catholics in a recent address to Catholic lawyers and judges. The March 15 speech was given to Advocati Christi, a Catholic legal organization.

Alito was one of the dissenting justices, along with Chief Justice John Roberts and Justices Antonin Scalia and Clarence Thomas, in the 2015 decision Obergefell v. Hodges legalizing so-called same-sex marriage. Alito objected strongly, writing: "I assume that those who cling to old beliefs will be able to whisper their thoughts in the recesses of their homes, but if they repeat those views in public, they will risk being labeled as bigots and treated as such by governments, employers and schools."

He added, "We are seeing this is coming to pass."

Within months following Obergefell, religious freedom cases began to gain national attention. One such case involved Aaron and Melissa Klein, owners of the Oregon-based Sweet Cakes by Melissa bakery. Following their refusal to bake a wedding cake for a gay wedding, the gay couple filed a complaint with the Oregan Bureau of Labor and Industries. The Kleins were fined $135,000 by the State of Oregon and were forced to close up shop.

Justice Alito is one of five Catholics sitting on the Supreme Court. In his March 15 address, he spoke about growing up as a Catholic and staying up late to watch the momentous election of America's first Catholic president, John F. Kennedy.

"I felt it had lifted me up from the status of second-class American," he remarked.

Although Kennedy's election was viewed by some as settling the "Catholic question" for Americans, Alito made mention of a Democratic lawmaker's anti-Catholic prejudice, who claimed Alito's nomination to the Supreme Court would result in "too many Catholics" on the Court. Alito used the incident to highlight the prejudice that still remains against Catholics in the public square.

It is up to all of us to evangelize our fellow Americans about the issue of religious freedom.

Alito also mentioned the issue of religious companies and organizations and their fight against the Obama administration's Health and Human Services (HHS) contraceptive mandate. Some of the highest profile cases involving the HHS mandate have been the 2014 Hobby Lobby case, which Justice Alito referenced in his address. The Becket Fund for Religious Liberty lists seven such cases involving the contraception mandate and Catholic organizations. These include the Little Sisters of the Poor and EWTN, among others.

After the sudden passing of Justice Scalia in February 2016, the balance of the Supreme Court became an issue on which the U.S. presidential election hung, and with it, what the Court will say about religious liberty cases in the future. As it stands, the Court seats four liberals, three conservatives and one swing vote, Justice Kennedy, who has been unpredictable on abortion decisions but an ardent advocate of the gay agenda.

According to Aliton, the fight over religious liberty would continue at all levels of our government, and Catholics must be on guard to educate others and protect their freedoms in the increasingly hostile environment. 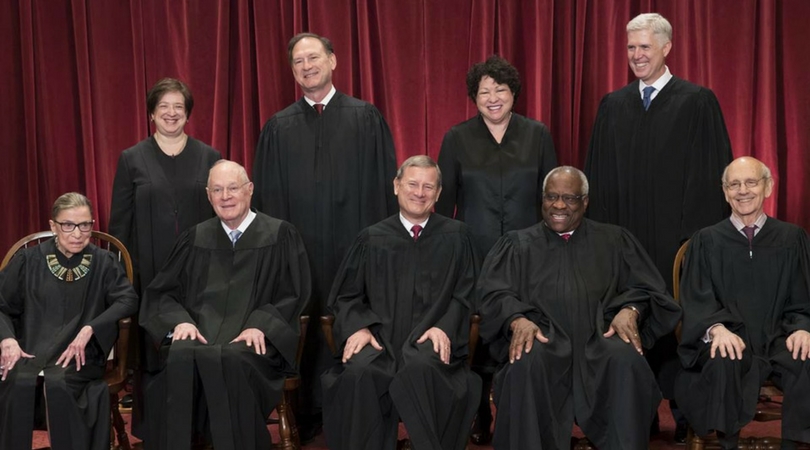