Loyola Marymount Lynches Its Own, Part 3

Employee placed on administrative leave without explanation or due process

Read part 1 of this article here and part 2 here.

During LMU's annual celebration of homosexuality, transgenderism and sexual promiscuity — known as Rainbow Week — a 15-year employee of the university noticed posters outside the Alumni Relations office promoting "pansexual" as a third gender. Noting the posters didn't include the necessary seal of approval, the employee removed them. When three students put the posters back up, the employee engaged in a discussion with them, commenting that the posters offended her as a Catholic and violated the Catholic mission of the university. Afterward the students complained and the LMU-approved LGBT student club publicly accused the employee of "hate" for saying there are only two genders, and for "denying the existence of transgender people."

The employee has asked to remain anonymous because of threats and intimidation resulting from the incident.

Loyola Marymount has a history of violations against the Catholic mission of the university, including allowing pro-abortion President Bill Clinton to deliver this year's commencement address and presenting him with an honorary degree.

The employee disclosed to ChurchMilitant.com she read the first article on April 15 in The Loyolan, where the employee was accused of a "hate crime," and immediately protested to his supervisor. The supervisor, however, refused to speak to her and suspended the employee pending the outcome of an investigation. The suspension continued for the remaining three weeks of school.

Subsequent meetings have failed to clear things up, and the employee is under the impression LMU is stalling, hoping the incident will just go away.

The signs were in violation of campus policy in several ways. First, there was no stamp to indicate whether the signs had been approved by the appropriate authorities. The policy states: "Student Leadership & Development will stamp all approved advertising. Any form of advertising without the stamp is prohibited."

At a meeting with the employee on May 10, LMU officials admitted there were no marks of approval on the signs — essentially admitting the employee was right to remove them.

The second violation is that the signs were supposed to refer to a certain event. Third, the organization sponsoring the sign must include its name, the name of the event, and the time and date of the event. The fourth and most significant way the signs violated campus policy is that they went against LMU's mission, which is specifically Catholic. Part of it reads, "This Catholic identity and religious heritage distinguish[es] LMU from other universities ... ."

Loyola Marymount's violation of the university's Catholic mission and the employee's rights aren't just confined to silence and behind-the-scenes maneuvering. On April 20, The Loyolan covered a "[s]ilent protest held in solidarity with LGBTQ+ students," which the Catholic university allowed in reaction to "the alleged discriminatory act against several LGBTQ+ members by an Alumni Relations employee that occurred last Thursday."

The Loyolan's report concluded, "Following the silent protest this week will be an interfaith panel discussion on the different religious views of the LGBTQ+ community and diversity held by the Theology Department on Friday."

On April 26 university president Snyder issued a letter highlighting the "diversity and inclusion" efforts this year at LMU. He reminisces, "Our LGBTQ+ students stood together in solidarity to ensure their voices are heard, and they are working closely with the administration to provide continued education and awareness about the issues impacting this community."

He also announces that more "all-gender" bathroom facilities will be installed for the Fall 2016 school year.

At a subsequent meeting, the employee asked how the university was going to make her whole for the defamation she suffered, and the response essentially wrote off her concerns, claiming that the paper hadn't explicitly named the employee and that the university has no control over the student newspaper.

Legal counsel for the employee filed a counter-complaint with the Bias Incident Response Team (BIRT), claiming the employee "has been subjected to Anti-Catholic bigotry by having ... religious beliefs as a devout Catholic repeatedly called 'hateful' … made an object of ridicule and scorn for compassionately expressing the Magisterial teachings of the Catholic Church to willing LMU students."

[The employee] has nonetheless been repeatedly attacked in the LMU newspaper and falsely accused of "hate speech" and even "hate crimes." This is not only false but defamatory and actionable. This also violates LMU's professed Mission Statement as a Jesuit Catholic University, and contradicts the recent statements of Pope Francis, a Jesuit, that gender ideology is inconsistent with our Catholic faith and destructive to the dignity of the person.

For practicing ... Catholic faith on the LMU campus, [the employee] has been placed on administrative leave, without explanation or due process, which has caused ... great emotional distress.

At a follow-up meeting it was shown the employee's BIRT complaint wasn't published, and as of May 19 the complaint was misplaced and nobody seems to know where it went. The LMU investigator claims to have nothing to do with it. 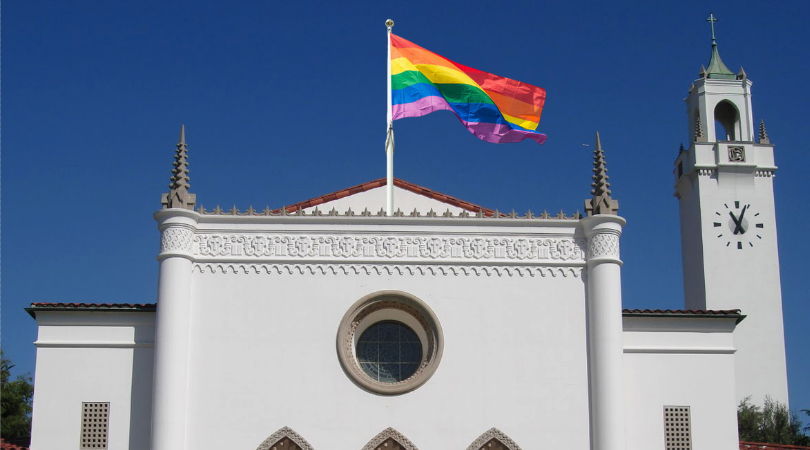