In an exposé last week, the Lepanto Institute showed that CRS, an international charity founded by the U.S. Bishops' Conference, has partnered with organizations that actively promote contraception, sterilization and abortion. The report prompted Bp. Joseph Strickland of Tyler, Texas to respond, stating, "This report by the Lepanto Institute must be proven to be false. If what Lepanto says is accurate then we should call for a thorough investigation of CRS."

On Tuesday, Lepanto Institute President Michael Hichborn issued further details in a new press release and video presentation — the second in a series of explosive reports on a mushrooming CRS scandal.

According to Hichborn's report, CRS is directly responsible for the promotion of contraception and condoms. His analysis details that CRS is custodian of a website called OVCsupport.org, which features hundreds of documents that push abortion and contraception.

Hichborn shows that CRS, as the lead organization of USAID's 4Children project, assumed management of OVCSupport.org in 2015. He further explained:

One document we discovered was a counseling manual for volunteers and staff members working with vulnerable children. This document actually told pro-life counselors that they had a duty to provide abortion as an option to pregnant teens, regardless of their personal beliefs. Is this really the kind of information an organization that calls itself Catholic should be the custodian of?

When the Lepanto Institute first discovered the website, a disclaimer indicated that the content of materials contained within that conflict with Catholic teaching "should not be interpreted as endorsement of these activities by CRS." In addition to the disclaimer were terms and conditions of use of the website indicating that the 4Children project, under CRS's leadership, reserved the right to remove any content that promoted racism, bigotry, hatred, violence, nudity, or was sexually exploitative.

The disclaimer is further proof that CRS personnel were fully aware of the offensive materials on the website in the first place, and were unwilling to remove it.

"It's a pretty neat trick for CRS to be able to remove any content it deemed inappropriate under the Terms and Conditions," said Hichborn, "while exonerating itself from the responsibility to remove content promoting abortion, contraception and condom use by hiding behind its disclaimer."

"But the disclaimer indicates something else," he added. "The disclaimer is further proof that CRS personnel were fully aware of the offensive materials on the website in the first place, and were unwilling to remove it."

This second report can be viewed on the Lepanto Institute website.

CRS responded to Lepanto's investigative report on Tuesday. Without naming the source of the claims, CRS stated that they take such accusations seriously, and said they would look into it and act immediately.

"I suppose waiting a full year before doing anything about the information I sent them — except to try to hide what I found — is their definition of 'seriously' and 'immediately,'" Hichborn observed.

"We'll be revealing a lot more in subsequent reports," promised Hichborn, "but this is one of the primary reasons we're asking bishops of the United States to withdraw their support for CRS until there is an independent, third-party investigation of CRS, and CRS is forbidden from receiving federal money."

The Lepanto Institute, in conjunction with LifeSite News, recently launched a petition asking U.S. bishops to withdraw their support from CRS. To date, it has garnered almost 8,000 signatures. To sign the petition, click here. 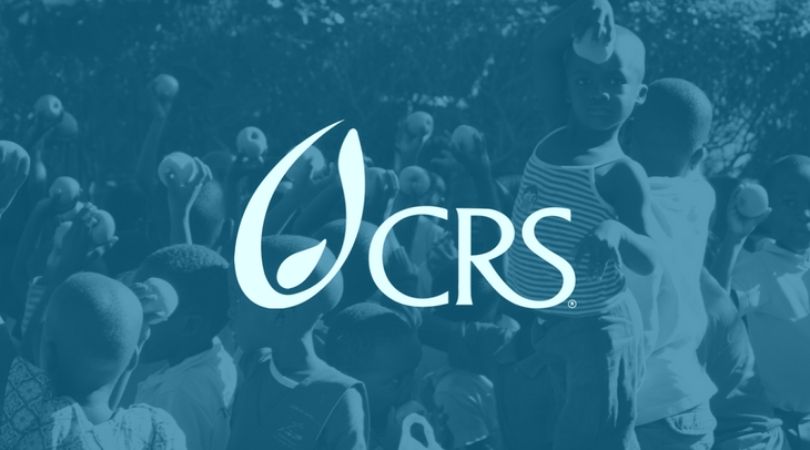 Watch
Contraception From a Catholic Charity
By David Nussman   •   0