Peruvian Archbishop Keeps Communion on the Tongue Amid Virus Scare 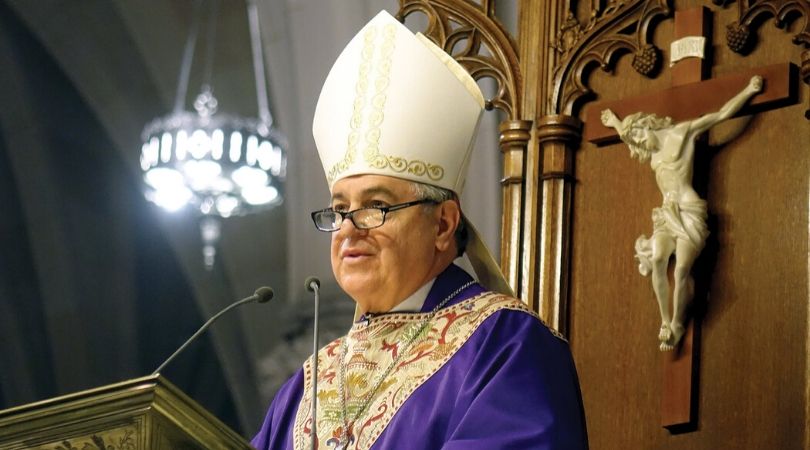 PIURA, Peru (ChurchMilitant.com) - An archbishop in Peru is backing the right of Catholics to receive Holy Communion on the tongue.

Archbishop José Antonio Eguren Anselmi of the Piura archdiocese announced on Saturday that churches will remain open and parishioners won't be forced to receive the Blessed Sacrament in the hand.

His statement on not passing germs at Mass agrees with a previous statement from Portland's Abp. Alexander Sample, which noted on Mar. 2 that communicants are always free to receive the Eucharist on the tongue.

Sample backed his staff in asserting that no one could ban communicants from receiving on the tongue:

The Peruvian archbishop's claim that placing communion on a person's tongue or hand poised equal health risks was also asserted in Sample's statement:

This morning we consulted with two physicians regarding this issue, one of which is a specialist in immunology for the State of Oregon. They agreed that done properly the reception of Holy Communion on the tongue or in the hand pose a more or less equal risk. The risk of touching the tongue and passing the saliva on to others is obviously a danger however the chance of touching someone's hand is equally probable and one's hands have a greater exposure to germs.

Eguren did institute measures to contain the spread of any viruses that happen to be present at Mass. These measures include advising distributors of Holy Communion against touching the hands or tongues of communicants.

"Ordinary and extraordinary ministers of Holy Communion are asked to avoid the risk of touching the mouth or hands of communicants, and that the faithful be instructed on how to receive Communion properly in each of these cases," he said.

This directive echoed Sample's admonition from the previous week:

Therefore, it is most important that ordinary and extraordinary ministers of Holy Communion are able to distribute Holy Communion without risk of touching the hands or the tongue. Parishioners should also be instructed how to receive Holy Communion properly either on the tongue or in the hand.

Other measures stipulated by Eguren include:

"Churches are places of salvation and healing where we welcome who life itself is — Jesus Christ, Our Lord," said Eguren. "Throughout history when great plagues struck humanity, churches remained open and the Christians kept helping the sick."

Above all, Eguren urged that everyone keep calm, "trust in God" and not yield to what he called the "virus of fear."

"That is why it is important to keep them always open, because along with this world virus, another as dangerous as the 'virus of fear' has emerged, and it is overcome above all in shared prayer, which reaches its maximum expression in the sacred liturgy," exhorted the archbishop.