Pope Rebukes Critics of ‘Amoris Laetitia’ for Their ‘Legalism’

VATICAN CITY (ChurchMilitant.com) - Pope Francis is responding to critics of "Amoris Laetitia" by dismissing their "legalism."

"Some — think about the responses to 'Amoris Laetitia' — continue to not understand. They think it’s 'black and white,' even if in the flux of life you must discern," he told Italian paper Avennire in an interview published Friday.

Titled "Seeking Clarity: A Plea to Untie the Knots in 'Amoris Laetitia,'" the cardinals' letter noted "a grave disorientation and great confusion" among the faithful over "contrasting interpretations" of the exhortation.

"We want to help the Pope to prevent divisions and conflicts in the Church, asking him to dispel all ambiguity," the letter explained.

But the Pope in his latest interview claims critics of his apostolic exhortation continue "not to understand" the point of the Church, which "exists only as an instrument to communicate to men God's merciful design" and "to be in the world as a living sign of the Father's love."

According to the Holy Father, such concerns arise "from a certain legalism, which can be ideological."

Although he did not call out any cardinal by name, the implication is that he was referring to critics — including these four cardinals — in his remarks.

Vatican journalist Marco Tosatti reported Thursday that the Pope, in an unusual move, decided not to have a pre-consistory meeting with cardinals ahead of his appointment of 17 bishops to the cardinalate. Speculation is that the Pope wants to avoid further challenges to "Amoris Laetitia" posed by cardinals.

Friday's wide-ranging interview also touched on the Year of Mercy, which closes Sunday, and the issue of ecumenism. Asked to respond to the criticism that some say the Pope wants "to 'Protestantize' the Church," he responded, "I'm not losing sleep over it. I'll continue on the path of those who proceeded me, and I follow the Council."

On criticism in general, he commented, "Where there's not a nasty spirit, they can help you on the path. Other times, you see quickly that criticisms taken here and there to justify pre-existing positions aren't honest, they're formed with a nasty spirit in order to sow division."

These "are born from something missing," the Pope added, "from trying to hide one's own sad dissatisfaction behind a kind of armor."

In a follow-up interview clarifying his letter to the Holy Father, Cdl. Burke reiterated that "Amoris Laetitia" is not magisterial.

My position is that "Amoris Laetitia" is not magisterial because it contains serious ambiguities that confuse people and can lead them into error and grave sin. A document with these defects cannot be part of the Church's perennial teaching. Because that is the case, the Church needs absolute clarity regarding what Pope Francis is teaching and encouraging.

The four cardinals had initially submitted their series of questions to the Pope privately in September, but after two months of silence and inaction, they felt the need to go public.

"In the summer of 2016, 45 academics, including some prelates, wrote to the Holy Father and to the College of Cardinals, asking the Pope to repudiate a list of erroneous propositions that can be drawn from portions of 'Amoris Laetitia,'" Burke explained. "This received no public response."

"On 29 August 2016, I joined many bishops, priests and lay faithful in signing a Declaration of Fidelity to the Church's Teaching on Marriage and to Her Uninterrupted Discipline," he went on. "This also has received no public response."

It remains unclear whether Pope Francis will address the confusion engendered by his apostolic exhortation, which has been used by liberal bishops to push Holy Communion for the divorced and civilly remarried as well as offer erroneous positions on matters like intrinsic evil, mortal sin and the role of conscience.

Burke made clear that if the Holy Father failed to respond, the cardinals might take the extraordinary measure of seeking a formal act of correction of the Roman Pontiff. 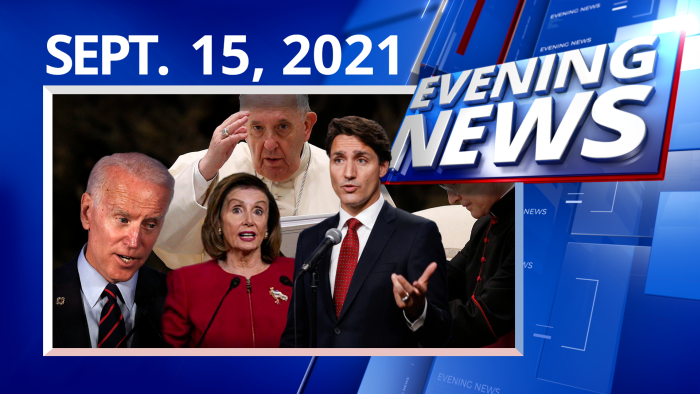 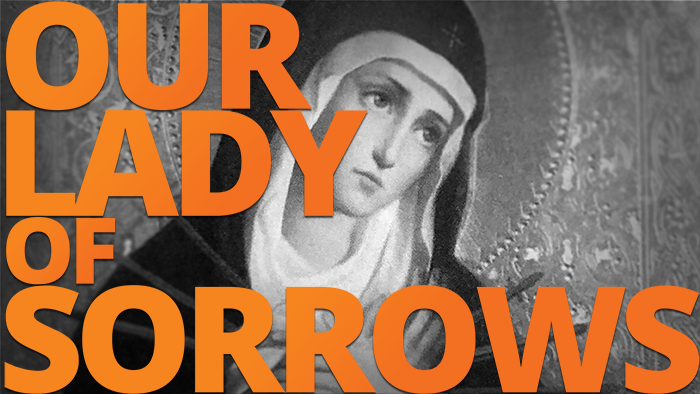 Our Lady of Sorrows
Pray for us.
Mic'D Up