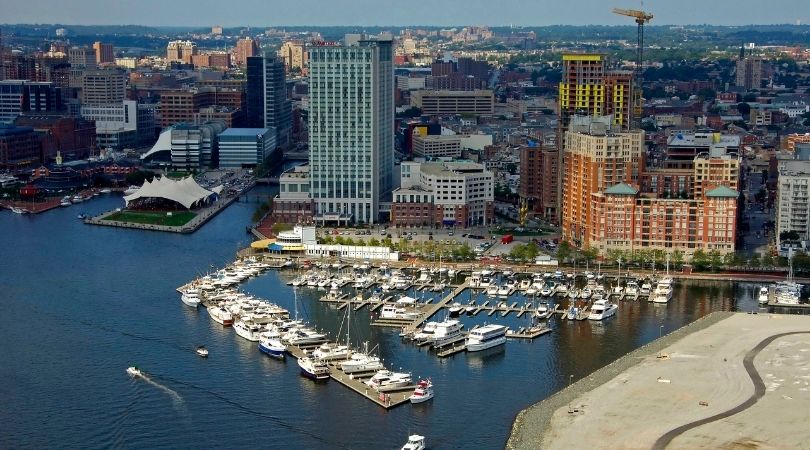 BALTIMORE (ChurchMilitant.com) - In yet another blow to the city of Baltimore, a federal judge has once again ruled in Church Militant's favor.

"It comes to me as no surprise that the Court denied this," said St. Michael's Attorney Marc Randazza in response to the court decision. "It does come to me as a surprise that the City's attorneys are representing SMG, too — yet they sought an injunction against their own client."

SMG manages the MECU Pavilion on Baltimore's Inner Harbor, where St. Michael's had originally scheduled the Nov. 16 rally. The city claims SMG is an independent, private third party, even as city attorneys serve as their legal representatives in this litigation and appear to be acting against SMG's interests.

"Further, it seems that Judge Hollander is seeing how unreasonable the City is behaving," Randazza continued. "When St. Michael's offered terms that would fully protect and insulate SMG, why is the City still interfering?"

City attorneys Renita Collins and Hannah Marie Sheehan had previously argued that if the judge did not grant their request to block SMG and St. Michael's from continuing with their contract, the city would suffer "irreparable harm," while St. Michael's would encounter only minor inconveniences by being forced to wait several weeks to continue plans for the rally.

"[D]efendants could run out the clock by obtaining a stay, with no decision by the Fourth Circuit in time for the rally," Hollander wrote, adding:

And, November 16, 2021, is less than one month away. A stay pending a ruling by the Fourth Circuit — on some unknown date — could easily mean that the rally could not go forward, even if plaintiff were to prevail. A decision favorable to plaintiff could come too late to undo the stay.

She continued, "As described to the Court, the rally is a complicated undertaking, with many moving pieces, participants and costs."

"I cannot agree with defendants that the injury to St. Michael's from a stay would be as minor as they suggest," the judge noted. "To the contrary, it appears to me that the continuing burden to St. Michael's from not yet having a signed contract with SMG is substantial and increasing with each passing day."

Underscoring the point, she added, "There is a pronounced risk that, if the signing of a contract is pushed to the last minute, the ability of St. Michael's to host its rally will be seriously harmed."

Unresolved issues remain, including not only the precise status of the Nov. 16 rally, but also the glaring conflict of interest mentioned above involving the city's representation of SMG while apparently working against SMG's interests, trying to prevent SMG from continuing talks with St. Michael's.

"The Plaintiff has argued, ad nauseum, that this is a conflict, "Randazza noted in his Oct. 18 motion opposing the city.

Judge Hollander acknowledged in Wednesday's order she has not formally decided the matter: "To be clear, the Court has made no such ruling on this issue."

Read the court order below.