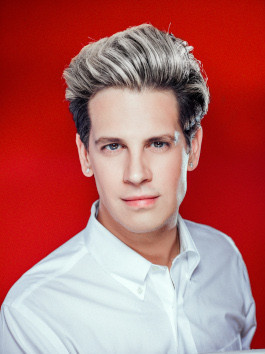 Milo Yiannopoulos is a New York Times-bestselling author, an award-winning investigative reporter, a reformed sodomite, a global political sensation, a free speech martyr, an accomplished serial entrepreneur, a hair icon, a penitent, and, to the annoyance of his many enemies, a happy person. Nicknamed the "pop star of hate" by jealous fatties in the media, Milo is the most censored, most lied-about man in the world, banned from entire continents for his unapologetic commitment to the sound of his own voice. His first book, Dangerous, sold over 200,000 copies despite never being reviewed in any major publication. Milo lives in Florida, where he is preparing to open a reparative therapy clinic for men plagued by same-sex attraction. He welcomes letters from readers, and can be reached at milo@churchmilitant.com.

Why Do So Many Gays Try to Adopt Kids?

Pete Buttigieg Is on a Futile Quest for ‘Normal’

Why I Welcome the COVID Tyranny

Vaxxed People Are the New Lepers