The anniversary of the Protestant Reformation is a day of mourning.

We are a little over a year away from the 500th anniversary of one of the saddest days in Christian history: the Revolt of those who would eventually come to be known as Protestants — those who protest against the Catholic Church. In fact, the term "Protestant" is best understood as "protest-ant," one who protests.

What was specifically being protested was the final edict of the assembly in Worms, Germany in 1521, whereby Fr. Martin Luther's heresies were officially condemned. The edict declared him a heretic and his teaching heretical, and it is that declaration that was protested against, earning Luther's supporters the name "Protestants."

Of course, the actual revolt began four years earlier in Wittenburg, Germany, when the heretic priest posted his objections to Catholicism in the university town, seeking a debate on 95 points. No one took him up on his debate, and from there things spiraled out of control. Luther went on a publishing rampage, writing pamphlets, tracts, papers and books against the Church. He even got a lot of mileage out of wood carvings depicting the Pope as the anti-Christ, the Church as the Whore of Babylon and so forth.

His revolt was assisted greatly by the recently invented printing press, which afforded the opportunity of his heretical writings being spread far and wide. He denied the efficacy of the sacraments, the authority of the Pope, the ministerial priesthood, the Sacrifice of the Mass, and almost every Catholic doctrine and practice and discipline you could imagine — not all, but most.

He tore the Church apart, giving rise to a heresy that has not abated to this day — the heresy of Protestantism. This heresy has resulted in the destruction of Western civilization and the re-emergence of paganism.

The heart of Protestantism is the individual and his own interpretation of Scripture, unassisted by any outside force. Protestantism may say that it follows Scripture, but the question has always lingered, left unanswered because there is no answer: Who interprets the Scripture?

And more to the point: Even if that impossibility were possible, who would confirm it? There are tens of thousands of protestant denominations today, because they each interpret "self-interpreting" Scripture differently.

The emphasis on the individual, which is at the heart of the heresy, has spilled over into philosophy, government, ethics, politics, education, everything, so that the entire world has been reduced to one, big, relativistic planet where everyone interprets the truth for himself — all this put into motion on October 31, 1517.

There are various folks in the Catholic Church these days who are excitedly looking forward to celebrating this day, commemorating it with niceties and parties and all that stuff.

This is a day of mourning, a day when Christendom was ripped from its 1500-year history and betrayed by a cleric.

A couple of weeks ago, the prefect of the Congregation for the Doctrine of the Faith, Cdl. Gerhard Müller correctly and soberly stated,

If we are convinced that divine revelation is preserved whole and unchanged through Scripture and Tradition, in the doctrine of the Faith, in the sacraments, in the hierarchical constitution of the Church by divine right, founded on the sacrament of holy orders, we cannot accept that there exist sufficient reasons to separate from the Church.

Many nominally in the Church, even in the clergy, do not like the slamming of this heresy, largely because they live by it, in whole or in part. He directly called out the watering down of the Faith by these kinds of people trying to achieve a phony ecumenism.

"In this sense, a protestantization of the Catholic Church on the basis of a secular vision without reference to transcendence not only cannot reconcile us with the Protestants, but also cannot allow an encounter with the mystery of Christ."

In short, Catholics becoming more like Protestants is fruitless — which of course stands to reason. Protestantism is a heresy. Always was and always will be. It is constituted as a heresy. In its nature it is a heresy. If it ceased to be heretical, it would cease to be, to exist. And this is why it must be resisted at every turn in every manner.

One large example of protestantization of the Catholic Church is the alleged catechetical program called ALPHA being promoted officially by the archdiocese of Detroit. In fact, practically the entire leadership team of ALPHA in the United States is spearheaded by officials in the archdiocese, with an actual office set up to promote this Protestant-originated material in every parish in the archdiocese.

But it’s phony Catholicism. It presents an evangelical protestant perspective, especially in its ecclesiology, its teaching about Church. So why is the archdiocese of Detroit under the archbishop, Allen Vigneron, pushing this particular catechetical approach? Are there an insufficient number of authentic Catholic catechisms available? Why would the entire leadership of a major archdiocese think that a catechism created by protestants would be the answer to re-evangelizing Catholics?

Oh sure, there is a barely warmed-over version of Catholicism which gets some treatment, but even the title is odd: "ALPHA From a Catholic Perspective."

Case closed. No more phony Catholicism. Protestantism is a heresy, even if it's dressed up for the party.

As Cdl. Müller says emphatically and clearly, if we are convinced that divine revelation exists whole and unchanged in the Faith, then there can be no sufficient reason to separate from the Church. With the hundreds of good solid resources available to the archbishop to try and re-evangelize his flock, why would he put his seal of approval on protestant ramblings?

Stay tuned for more on this story. 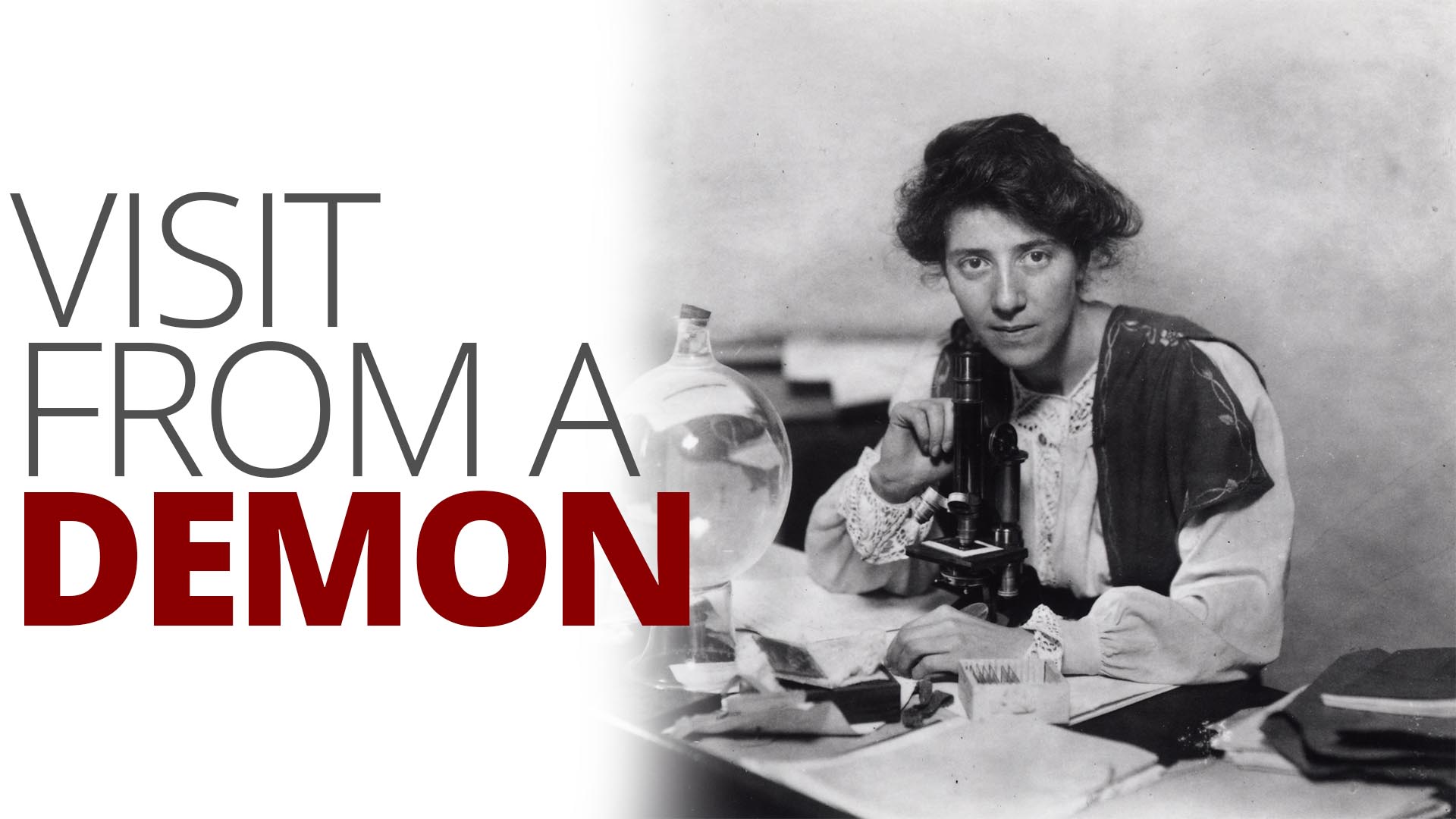 Visit From a Demon
A demonic voice pushes for birth control.