When Our Lord encountered the legalistic whitened sepulchres of his day in the person of the Jewish religious leaders, He leveled an accusation against them that must have really made their blood boil. It was the reference to straining a gnat while swallowing a camel.

Religious practice demanded that the Jews eat nothing unclean or impure. So in deference to that, they would pour wine or water through a screen or a sieve to strain out any tiny bugs so they would not eat anything undefiled. The overall reference, of course, meant paying detailed attention to something rather unimportant compared to paying no attention to the most important thing or things.

During last week's St. Patrick's Day Parade in New York, Cdl. Timothy Dolan provided the perfect example of straining a gnat while swallowing a camel. New York City mayor Bill de Blasio dropped his boycott of the parade, saying since it now allowed homosexuals to march proudly and openly in it, he could now support it.

De Blasio told the scrum of reporters, "I think it sends a moral signal. This says that New York City is whole again, that the people of New York City are unified, and that we're learning to overcome division."

After the comments saying homosexuality was now acceptable to the city of New York and the St. Patrick's Day parade was a good vehicle to express this, Cdl. Dolan and de Blasio shared a friendly embrace.

Then came the moment: Dolan added his voice to that of the mayor, saying he, the Prince of the Church, the successor of the Apostles, was thrilled that decades of division had now come to an end.

"There's a great spirit; the weather helps — a wonderful sense of unity and friendship. I'd say 'Alleluia' but I can't because it's Lent."

Does His Eminence not realize the spiritual insanity that just came from his mouth? He praises an end to the division — a division that is present because there is a division, a gulf too big for anyone to pass over, between Heaven and Hell. That division is comparable to the division between light and darkness, so there is no way it can become overcome.

And then to say the theologically ridiculous line, after giving the impression that homosexuality, the gay agenda, is okay, to say he is so happy that he would blurt out "Alleluia" but is prohibited because of Church practice — you can't make this stuff up.

So he can ignore Church teaching — swallowing the camel — but dare not say "Alleluia" during Lent — Church practice is straining the gnat.

No, Your Eminence. You have it totally backward. You cannot condone this evil and make nice nice with the diabolical in front of all the TV cameras. Can you not see you are being played for the fool? Out of your own mouth, no less. No wonder all the TV cameras were rolling. They are documenting the meltdown of the Church in New York — and by extension, around the world — and you are the gift for them that keeps on giving.

Cardinal Dolan needs prayers perhaps more than any other cleric in America. 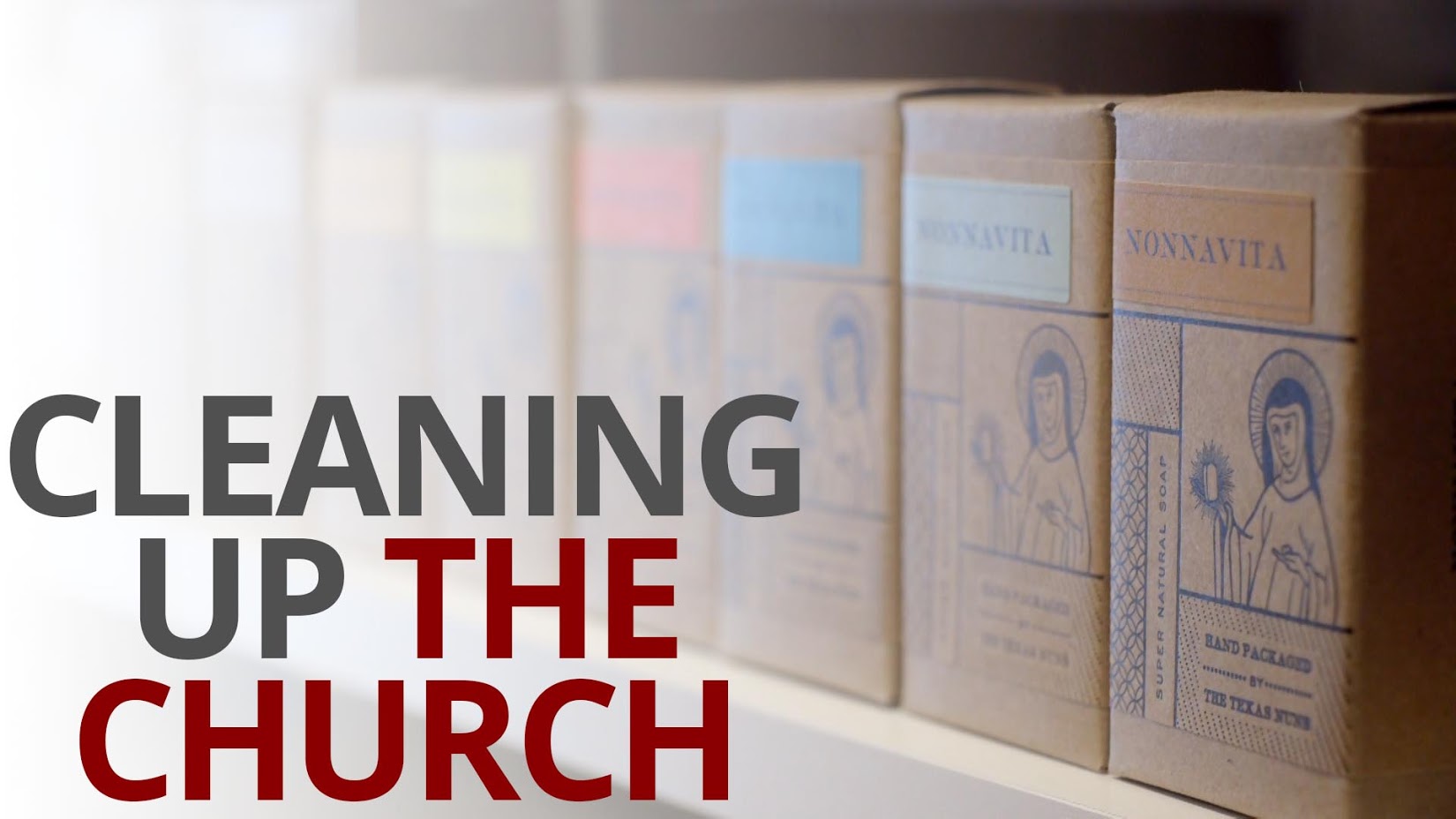 Cleaning up the Church
Time to clean things up.