The most dangerous men to the Faith in the past century.

Responses to the survey of who you think are the most dangerous men to the Faith in the past hundred years are rolling in.

Yesterday we gave you first 10 to choose from. Today, the other ten. So, in no particular order:

Roger Mahony: The cardinal archbishop of Los angeles from 1985–2011, a true blight on the Church. Mahony practically rewrote various aspects of the Church with next to no regard for tradition. He got into a famous dust-up with Mother Angelica of EWTN, which ultimately resulted in her resigning control to a lay board. The controversy was over a pastoral letter he wrote on the liturgy which appeared to almost ignore the validity of the Eucharist. He was huge into pushing the whole social justice agenda, spent enormous sums of money to construct one of the ugliest churches in the world, and paid out $660 million in sex abuse claims — the largest in the world.

Raymond Brown: A Sulpician priest who blazed the trail among Catholic scholars for casting doubt on various Scripture passages. He was among the first Catholics to use the "historical-critical" method that Protestant academicians had used decades before, which resulted in a loss of faith in the inerrancy of Scripture. Brown questioned if the virginal conception of Jesus could be proven historically, for example. He also doubted the Gospel of John as being actually written by John, ascribing it instead to a group of his followers.

Cardinal Leo Suenens: The archbishop of Brussels, Belgium for almost all of the 1960s and 1970s, and a looming figure at Vatican II.  He was an enthusiastic supporter of the charismatic renewal movement in its early days when it created massive confusion in the minds of ordinary Catholics, blurring the lines with Protestantism. He was a huge supporter of 1960's ecumenism, which unofficially lowered the wall between the Protestant heresy and the Church. He counseled Pope Paul VI against issuing "Humanae Vitae" and said during the Council that the Church was holding procreation above conjugal love. He later denied the statement.

Timothy Radcliffe: Former Master of the Order of Preachers from 1992 to 2001. He was especially noted for his embrace of homosexuality and advancement of it in the Church. He is a much sought-after speaker on the dissident speaking circuit as well as the Church of Nice circuit. He once infamously referred to homosexual sex as "eucharistic." From time to time, he offers the Gay Mass in London, in his native England. He is viewed as one of the leading proponents of the Church's being more accepting of homosexulity as well as an extremely vocal defender of the social justice cause.

Donald Wuerl: The cardinal archbishop of Washington, D.C. who has been instrumental in advancing the cause of the "personally opposed but ..." crowd among Catholic politicians. Viewed as a shrewd, behind-the-scenes manipulator, the soft-spoken cardinal is seen as extremely friendly to the gay cause in the Church, supporting the now-forbidden gay group Dignity. He got into it with Cdl. Raymond Burke publicly over the question of Catholic pro-abort politicians being allowed to receive Holy Communion back during the 2004 Bush-Kerry U.S. presidential campaign. He is not favorable to tradition in the Church, and during the recent synod advocated for reception of Holy Communion by those in adultery.

Timothy Dolan: Originally seen as a "conservative," he has proven to be one of the biggest disappointments in the American Church hierarchy. He has continually applauded the homosexual agenda in his archdiocese of New York, has admitted that he and other bishops did nothing to stem the flow of sexual immorality with their leadership, sat silently by as the state of New York inched closer to adopting gay marriage, which it eventually did. He is routinely accused by laity of doing nothing to address their concerns of "bad" priests, has blocked the cause of sainthood of Abp. Fulton J. Sheen by refusing to allow the release of the body, caused a huge controversy by inviting Obama to attend the Al Smith Dinner during the 2012 campaign, and worked behind the scenes to get the first open, active homosexual group to march in the St. Patrick's Day parade when he served as Grand Marshal.

Annibale Bugnini: The archbishop who is credited with singlehandedly implementing the Novus Ordo Mass with built-in abuses. He was heavily rumored to be a Freemason, a charge he denied up to his death. Opponents said he gloated about how he had been able to destroy the Church's liturgy following the decrees of the Second Vatican Council by simply twisting what the Council had called for. Pope Paul VI eventually exiled him to Iran, where he died serving in the post of Vatican Ambassador.

Robert Drinan: The Massachusetts priest who also served in the U.S. Congress as a U.S. representative throughout the 1970s. He was a vocal supporter of abortion in his role as a politician. He was also instrumental in helping the Kennedy family develop and advance their support of abortion despite their Catholic faith. He was an enthusiast of social justice causes in Central and South America as well as a supporter of not just abortion, but also partial-birth abortion, publicly praising Bill Clinton's support of the horrific procedure.

Gerald and Alexander Carter: Our only pair of entrants because they were brothers, each also a bishop in Canada, who worked tirelessly to undermine "Humanae Vitae" by gathering support for the infamous Winnipeg Statement, the declaration by the Canadian Bishops Conference that Catholics were free to reject Church teaching as long as they were following their consciences. The Winnipeg Statement sent shock waves around the Catholic world for its brazen rejection of papal and magisterial teaching.

Philip Francis Pocock: The archbishop of Toronto for most of the 1970s, he was so enthusiastic in his desire to overthrow the Church's teaching on birth control and his support for contraception that he earned the nickname "Phil the Pill," after the birth control pill. He was one of the architects behind the scenes of the infamous Winnipeg Statement, virtually assuring its passage through the use of private or secret meetings among Canadian prelates. He was an ardent ally of Gregory Baum, a former Canadian priest who was a huge dissident, supporter of false ecumenism, and who was eventually excommunicated.

So there you have it, the remaining 10 out of 20 men that are huge contributors to the destruction of the Faith, each in their own ways.

If you don't see the brief descriptions from yesterday's 10, then please feel free to go back and view them in yesterday's "Vortex."

So we have the names of 20 individuals we would like you to rank in terms of being the most injurious to the Faith, to your thinking. If you can't rank all 20, no worries — feel free to rank as many as you can, but please try to do at least your top five. We are going to be tabulating these over the weekend and will have the list as you think it should be on Monday or Tuesday.

And also please pray for these men. Collectively and over the decades they have each contributed to the leading away from the Faith of tens of millions, if not more, souls from the One True Faith. Please do not click away from the survey page without saying a prayer for them.

Be sure and come back for Monday's Vortex where we'll have the final results for you of who you think are the men who have proven most dangerous to the Faith in the last 50 years. 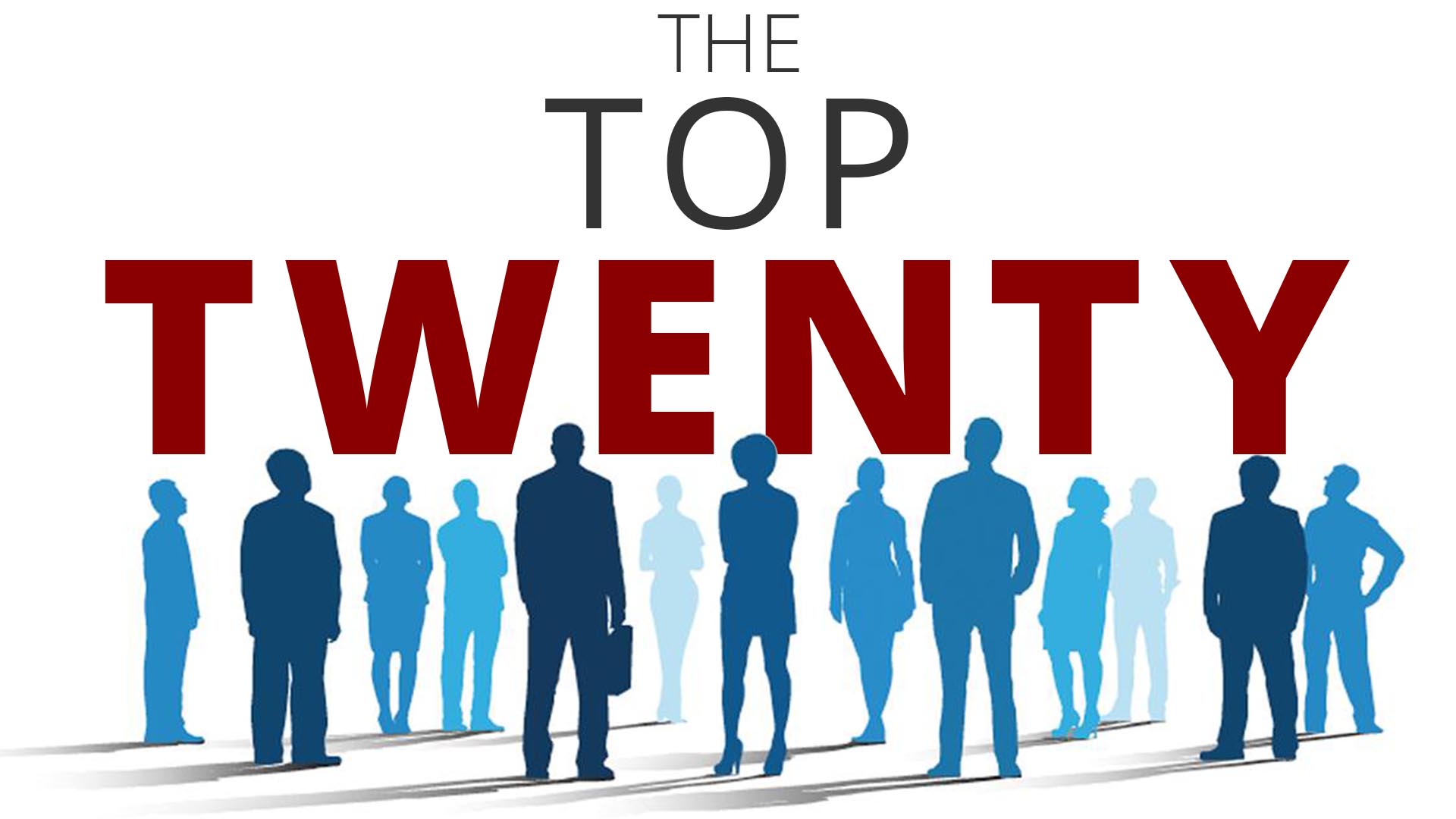 The Top 20
Who are the most dangerous Catholics in the past hundred years?