The upcoming Synod on the Family in Rome next month is causing quite the stir as the final days wind down to its beginning. Charges of heresy, dissent and so forth are being flung around everywhere — many of them extremely warranted.

Powerful cardinals are warning of possible schism with the bishops of Germany. The same could be said here in New Zealand, as bishops here have publicly and privately sided with the point of view of the German bishops. What's at stake in this huge storm gathering is nothing less than the Church's understanding of the eucharistic Lord. This is not some legalistic debate about marriage or divorce or annulments or irregular unions or mercy or compassion or any of the other topics being talked about.

No. It is nothing less than a debate over the most important aspect of Catholic life: the Real presence of Our Blessed Lord, Body, Blood, Soul and Divinity, really, truly and substantially present under the appearance of bread and wine.

No one following this, praying intently about it, arguing about it, should understand this in any other way. All those other topics are just backdoor ways into the central discussion, which is nothing less than: What do we as a Church believe about the Blessed Sacrament? In a somewhat slang way of talking about it, this one is for all the marbles.

Here is the line of reasoning: Those clerics who don't really believe in the Real Presence — although they won't admit that openly — are more concerned about things of lesser import, like the sacrament of marriage, and marriage is a lesser sacrament than the Eucharist — rightfully called the Blessed Sacrament.

And the true evil here, the perverted evil, is that many clerics are using the "lower" sacraments, if we can use that term, to attack the highest Sacrament. So they try and twist the "lower" sacrament of matrimony into something other than what it is. They speak of it in terms the world uses to describe relationships. They call it a "union." When it becomes adulterous, they call it an "irregular union." They mask over the evil of perverting the sacrament by giving it another name; they change the vocabulary. They then extend this perversion to other "unions" — other irregular "unions" such as homosexual unions.

They try to equate the two type of relationships: the sacrament of marriage and the non-sacramental irregular union. They put them on equal footing, because they use people's feelings as the barometer, the yardstick by which they should be judged, totally discounting and eliminating the reality of sacramental grace.

This whole approach, however revolting and un-Catholic, is to at least be expected. Many of these prelates for decades now since their ordinations have approached the entire understanding of the Church in their minds like this: as a body made up solely of people for people by people. God is, practically speaking, an afterthought. The whole heretical approach to social justice originates from this. The whole destruction of Catholic education has this as its grounding. Why should anyone be surprised that the sacraments would now be approached at from this same angle — even the Blessed Sacrament?

Not only is this perverse from the level of sacramental theology; it is also just plain unjust to another group of Catholics — the forgotten ones, the ones who have lived their lives in accord with Church teaching following a painful divorce, or those who have carried the cross of same-sex attraction with a desire to not offend their Heavenly Father.

These forgotten and almost anonymous Catholics need to be supported in their choices to live according to the Church. They need to hear words of encouragement, empowerment, support from their shepherds.

Today, it's as if Our Lord's parable has been turned on its head; the shepherds have gone after the 99 sheep who couldn't care less, and left the one sheep to be devoured. This is a false love. It is, in fact, no love at all. Many of the prelates want the Church to be obscured and overrun owing to their own personal states of life. They want evil to be called good and good to be called evil. And this is their moment, their hour, and they will do everything they can to bring this about.

They have supported every scheme, plan, philosophy they could for the past 20, 30 years to take the emphasis off the eucharistic Lord. From disallowing Holy Hours, Forty Hours Devotion, Latin Masses, Eucharistic processions, the removal of the Tabernacle from the sanctuary.

Moreover, they have fostered anything they could to promote this: nutty Masses, horrible education, Communion in the hand, scads of so-called eucharistic ministers — anything and everything that came along to de-emphasize the reality of the Real Presence. This is the high-water mark for them, an actual official call to have sacrilege enshrined in the Mass in the form of officially recognized reception by those in mortal sin. The stakes are nothing less than this.

Pray like you've never prayed before. Remain faithful. Stay strong in the Faith. 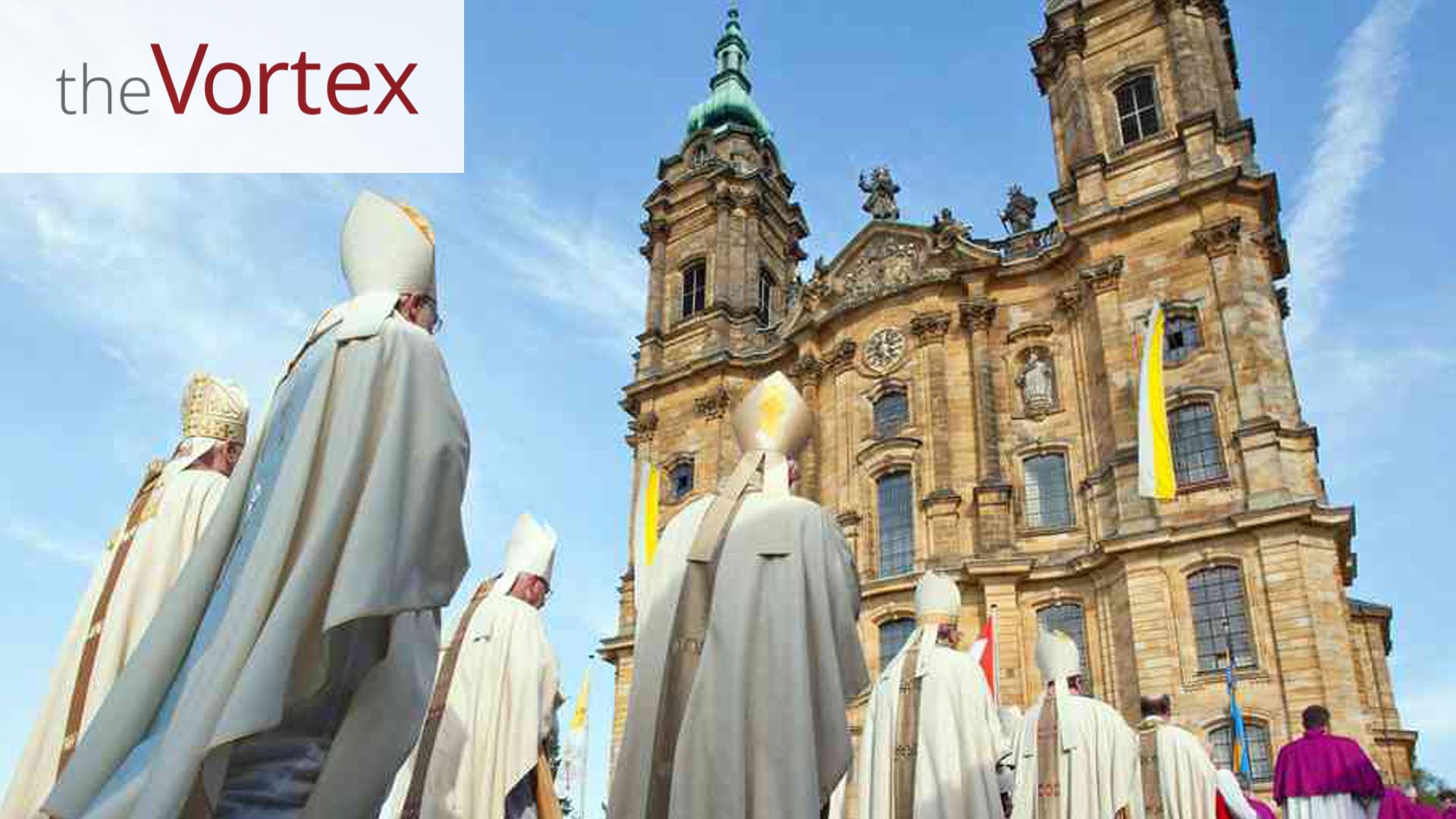