Just a short reminder that you can still get you order in today for our all new book MILITANT. Due to the large demand of over 1,200 orders in the first week, the printer has extended the time they will allow us to give them a final number before the presses start rolling in a few days. I wrote MILITANT with a view to helping people understand how the Church arrived at the insanity, the spiritual murder we see taking place here this month in Rome.

And to that topic, the canvas all this seems to be painted on is the question of conscience. At the end of last week, Chicago archbishop Blase Cupich added his voice to the heterodox legions here by saying that in his view — pay close attention here — gay couples should be able to receive Holy Communion.

Here are his words as recorded and accurately reported. This first part is an answer about the divorced and remarried receiving Holy Communion:

If people come to a decision in good conscience, then our job is to help them move forward and to respect that. The conscience is inviolable and we have to respect that when they make decisions, and I’ve always done that.

Then he was asked by LifeSiteNews if the same logic would apply to homosexual couples. His answer:

I think that gay people are human beings too and they have a conscience. ... It's for everybody. I think that we have to make sure that we don’t pigeonhole one group as though they are not part of the human family, as though there’s a different set of rules for them.

ChurchMilitant.com has been sounding the alarm for years now on these pro-sodomite bishops flying under the cover of mercy and compassion.

There has been much anxiety and wailing and gnashing of teeth from faithful Catholics over Pope Francis, and however and whatever you may think, one thing is certain: We should be grateful that these dissidents feel like they have total liberty to climb out from under their rocks. They have completely undressed themselves in public, convicted themselves by their own words. We said in last week’s Vortex they were sons of Satan.

We said in our first Vortex from Rome back at the beginning of the month that this Synod was about sodomy at the end of the day for a good number of bishops here. Many of the other bishops here are being played as patsies by the pro-gay crowd of clergy. This agenda was hijacked by the pro-gay bishops and their allies for the very purpose of getting to this discussion — the discussion of conscience and using it as a cover for anything you want.

What would Archbishop Cupich think of pedophile clergy following their consciences? Aren't they human beings, too? What about wife beaters who truly believe in their consciences that all their wife needs is a little beating every now and then? Aren’t such husbands human beings, too? What about sexually promiscuous single mothers setting horrid examples for their children? We wouldn’t want to pigeonhole them, would we? Wouldn’t want a different set of rules for them, right?

And how can gun-control Cupich rail on about the evil of possessing a handgun? Shouldn’t he be meeting gun owners where their consciences have brought them to? After all, gun owners are human beings, too. Don’t you need to accompany child molesters, wife beaters, drug kingpins, pimps, gun owners, and of course Pope Francis’ favorite set of human beings, the mafia? How about it, Archbishop? Don’t all these groups deserve your pastoral accompaniment and letting them do whatever their consciences tells them is ok?

But see — and here is the dirty little not-so-secret secret of this Synod — many of these men constantly pounding the war drum for sodomy are troubled in their own private consciences because they are gay. They have supported this evil either directly in their own lives or have friends among their brother bishops who are sodomites themselves. They have blessed these evil unions in private or supported such horror by deliberately looking the other way.

Their own consciences have haunted and accused them for years, because they know this is wrong. They know men having sex with one another is evil and goes against nature, and since they engage in this themselves, or their clerical friends do and they support it, they have to use the Church to silence their own guilt crying out from inside of them. With all the evils plaguing the family in today's world, why do these bishops and their clerical supporters find it impossible to stop talking about homosexuality? One can only conclude that the reason they go on and on about it non-stop is because they are troubled in their own consciences.

They destroy the liturgy, bring in every novel idea they can, cut parts out of Scripture, cheer on and promote catechetical programs in their parishes which corrupt the Faith in people’s minds, get rid of solid orthodox men from their seminaries, and so forth. And they do all this, allow all this, so they can keep pushing for the acceptance of homosexuality. All those other things are necessary to prepare the way for this evil. They have to soften up the minds of the faithful so when they start talking about blessing same-sex couples officially (Bp. Johan Bonny of Belgium) and allowing them to come up and receive Our Lord’s Body and Blood because their consciences say it’s okay (Abp. Cupich), the resistance will have already been so worn down that no one will really care.

And why? Because they are homosexual themselves or gay-positive, that’s why. And it’s also why there is such great danger, for example, in Cdl. Timothy Dolan leading the St. Patrick's Day parade with its first officially recognized active homosexual marchers. As we are recording this very Vortex episode right now here in Rome, at this very moment, a Mass for supporters of sodomy is being held just a few hundred yards away from the cathedral in London, England.

It's gotten beyond words to describe, and it's all being caused by homosexuals and their allies in the clergy who are so disturbed in their own consciences that they have to bring the whole Church down to their sin. And that's the way the conscience works: It accuses you, it does not rest, and if you will not listen to it and obey it, then it demands you go further into your sin, it urges you to drag others into the pit with you. It becomes perverse and will not let you stand still. Conscience is the great force inclining you to or away from God. And when you see clerics moving away from God in public, know that in their consciences there is a great disturbance, a civil war which they are losing. They have given up the fight and have become engulfed in evil.

We have seen and heard this before — of Judas, at the Last Supper — "then Satan entered his heart, he went out, and it was dark" (John 13:27). Conscience doesn't know anything about mercy; all it knows is truth. It deals in truth and nothing else. As such, a conscience possesses total integrity. It doesn’t matter if the person is good or bad; the conscience will not deal in half-truth and cannot live a lie for long.

Think about the homosexual priest who came out as publicly gay the day before the Synod, Fr. Krystof Charamsa. What reason did he give for publicly outing himself? He said he could not live in the shadows or live a lie anymore. It's why homosexuals have to have parades and gay Masses and literature and be so out and open — everything must be gay! That's the integrity of conscience; it's 100 percent all in, whichever way it goes — it is the nature of conscience.

So when these wicked prelates are pushing for the acceptance and blessing of homosexuality and gay sex and the whole shooting match, it is their consciences pushing them. They will stand up and rail from the pulpits, give press conferences, denounce Church teaching, anything, absolutely anything, to square with their consciences, because their consciences will not let them rest. It is the nature of the conscience that everything be integrated to itself. And this is what the prelates who support this miss: a conscience not properly formed will end up in total destruction — with emphasis on total.

What is needed for proper formation is truth, Catholic truth. When they reject that, they set their own consciences on a ravenous course of self-destruction. This is the worm in Hell that dieth not that Our Lord refers to in the Gospels. In Hell, the person will be confronted with total truth, and the conscience will give the damned soul NO rest.

Cardinal Burke gave a talk here in Rome in 2010 that I was privileged to attend. He said in that talk that a sage old seminary professor of his had said to the class full of young seminarians: "Know that where you find sins of disobedience, you find sins against chastity."

This Synod has been designed by men behind the scenes to make a huge frontal assault on the sexual morality teaching of the Church. Those men are not motivated by charity or by a concern for the suffering of families. They are motivated by their consciences, which cannot allow them to remain hidden in their sins any longer.

Pray your Rosary, fellow Catholics. Pray very hard that their evil plans are blown apart and somehow they give up their sins and return to the Faith. 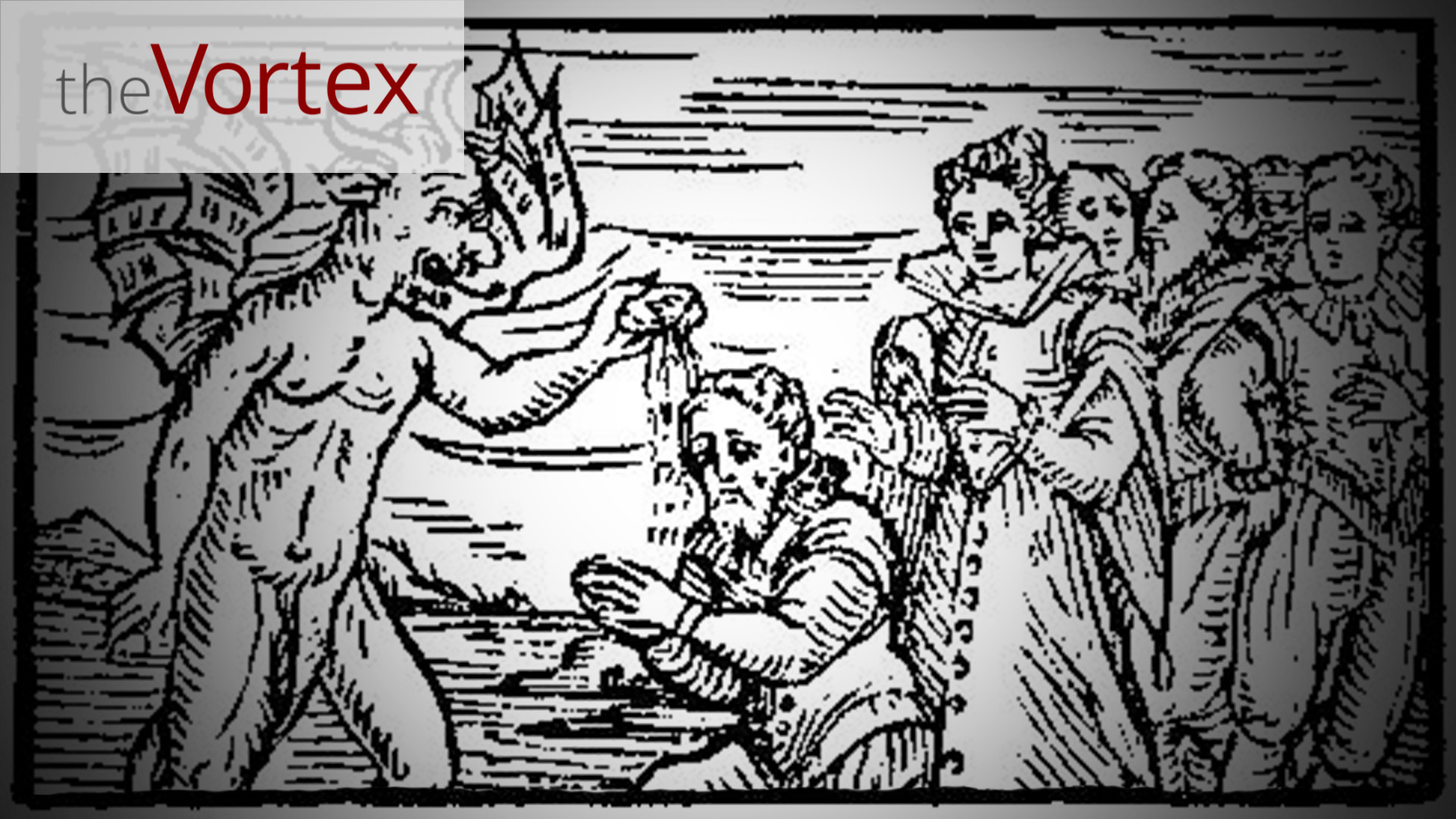 The Devil in Rome