All things work to the good for those who love Him.

A brief programming note: Daily "Vortex" episodes will be returning next week after the election. This is so we can dedciate all of our limited resources here to our pre-election coverage and election night coverage. We invite you to join us live on Monday night starting at 8 p.m. ET for two hours of comprehensive coverage from a Catholic perspective on the eve of the election. We will have all the latest, up-to-the-minute news for you just hours before the polls open.

And then on Tuesday, Election Day, please join us — again live — beginning at 6 p.m. ET for coverage of the most important moment in the history of the Republic. And that is not an exaggeration. Both sides know it, the people know it, and we all know it. So please join us. We will be on as late as our resources allow us to be until the future of the nation is revealed.

For many weeks now, faithful Catholics have been praying for a good outcome to the election. Of course, for many of those praying, it has been a not-so-secret desire and intent that the good outcome be a defeat of Hillary and her anti-Christ, anti-Catholic, anti-religious agenda. There's not a faithful Catholic who wouldn't argue that that wouldn't be a desired outcome.

However, when we are petitioning Heaven — actually, storming Heaven so intensely and pleading for a good outcome — we need to always remember that God's ways are not man's ways. What we perceive as "good" may not be what Our Blessed Lord declares "good."

Beyond a shadow of a doubt, the Catholic Church is in need of authentic reformation, not a revolt like heretic Martin Luther began 499 years ago, but an authentic Catholic revolution to overthrow the warmly embraced heresies of Protestantism and Modernism that rule the Establishment Church these days.

The spiritual corruption that has seized hold of so many in the hierarchy, demonstrated by their refusal to fight the evil so evidently present in the Church, is a good place to begin. Too many bishops and clergy have betrayed Our Blessed Lord in His Holy Bride by their sins of omission by refusing to put down error.

All one need do is simply look at Hillary's running mate Tim Kaine and the almost-complete silence from American bishops. We have yet another very recent example in the much-publicized WikiLeaks emails revealing deep anti-Catholicism within the Clinton campaign — and still no universal voice of condemnation from the leaders of the Church.

We don't need to go on here. The treason against the Faith by so many Church leaders has been well documented and discussed. So what is Heaven to do? As close to the precipice that the nation now stands, it is child's play compared to the state of the Church. The evil that has set up shop in the Church in all its various forms must be purged because it causes the damnation of souls, regardless of the idiotic, diabolical proposition that we have a reasonable hope that all men are saved. Jesus Christ said the opposite.

Our Blessed Lord cannot long allow this to continue, and it would certainly appear as we sit here today that any mechanism from within the Church to bring about reform, speaking on a strictly human level, has proven an utter failure. The bottom-line reason is because those who would institute the reform have no desire to.

Why are Catholics so desperately praying for a good outcome to the election? What's the purpose of our fasting, redoubled prayers, increased devotions? To allow for a political climate where the Church is not persecuted. But a persecution may be exactly what Heaven's will is, thus making a Hillary victory the "good outcome." If she wins, she will be the scourge in the hand of Almighty God by which He chastises His Church for our unfaithfulness.

What's important is not who wins the election, but that the will of God be done here on earth as it is in Heaven. How can Heaven possibly be pleased with the current state of affairs in the Church? Itss worse than the time of the Arian heresy, with huge numbers of bishops in quiet, and in some cases public, revolt against the revelations of Our Blessed Lord, and saying their positions are all just matters of prudential judgment.

It is not prudence; it is betrayal.

As we sit here today, we do not know Our Blessed Lord's will with regard to the election. We do know that Heaven is not indifferent to all of this; it cannot be indifferent with so many pleading and storming the gates with our prayers and fasting and penances. Whatever happens, we should be storming the gates of Heaven even more intensely that Our Lord reform His Church, restore His Bride to faithfulness.

Friday's Morning Prayer — today — had the verse from Jeremiah: "Let my eyes stream with tears, day and night, without rest, over the great destruction which overwhelms the virgin daughter of my people."

This is the great evil of our day, even more evil than Hillary and her army of anti-Christ poised to bear down on the Church, that so many in the Church, including clergy, embrace her evil agenda and the leaders remain so silent.

So yes, we must welcome whatever the outcome, however difficult it may prove to be, because our countless petitions for a good outcome will not go unanswered by Our Heavenly Father.

Remember, St. Paul who was beheaded told the Catholics in the city where he would be martyred, "All things work to the good for those who love him." 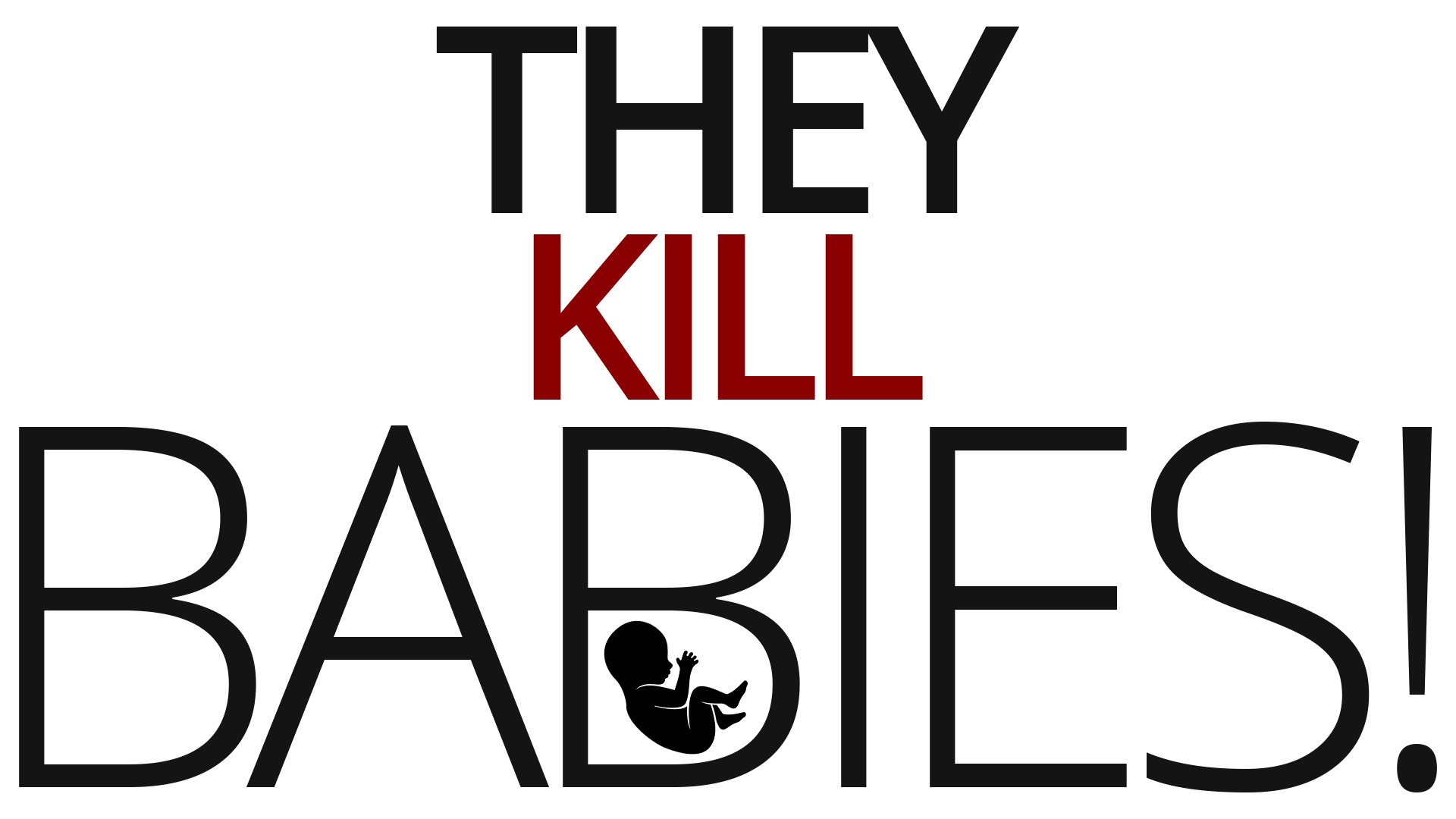 They Kill Babies!
What else can you expect, seriously, from the champions of child slaughter?