The only thing bigger than Trump's wall is the new pagans' hypocrisy.

Large numbers of the hypocritical Party of Death are mobilizing to obstruct President Trump's plans to build the wall. They're hypocritical because they have no real concern for immigrants beyond being able to add to their voter base. So they pretend to care for them and shed fake tears and ascend the moral high ground. All the while, they have never uttered a syllable in defense of the truly defenseless — the preborn. So for that reason, their cries and shouts to not build the wall ring extremely hollow.

But there's another reason they are hypocritical on this point: The modernist, neo-pagan Party of Death and sexual license did everything in its power to build the wall when it came to the separation of Church and State. Back in the 1930s and 1940s, young, irreligious attorneys were graduating from the prestigious law schools of liberalism and anti-religion and beginning to ascend the legal ranks, eventually making it onto the federal bench, and some of them getting onto the Supreme Court at the beginning of the 1960s. Modernists and liberals, which in political terms translates to socialists, knew they could never get their evil ideology approved at the ballot box. So they set about to get it passed via the courts. They were wildly successful in turning the federal judiciary into a supra-legislature, where judges would routinely overturn the will of the people.

It has been the norm ever since. The moment a good law is passed, the radical left runs to a favorite judge who deigns from on high that the whole country must suddenly bend to his or her will as they overturn the law. Such was the case with the incorrectly and badly misinterpreted, so-called separation of church and state. The entire notion of a wall separating religion from the government was to prevent the government from intruding on religion. Period. There was no other reason. The evidence for that is so abundant that it does not even need pointing out.

The American civilization was built on religious themes and principles, even if Catholicism would challenge a number of those as not being religious enough (but that's another topic). But what is certain is that never was it understood, lived or believed by citizens of this civilization that government was to be "protected" from religion.

That religion was to have a perduring influence on government was understood, accepted and believed. But something happened on the way to a moral civilization: liberals and the irreligious. Those who saw morality based on Christianity, meaning Catholicism, correctly viewed the Church as an obstacle to their worldview of a more "enlightened" civilization. So they pursued the only avenue available to them to overthrow morality, and that was to seize hold of the courts and strike down moral prohibitions by declaring them unconstitutional based on made-up, out-of-thin-air, "new" constitutional rights, like "privacy," for example.

All of this was accomplished by allegiance to a pretended notion of a wall separating Church and State. The godless crowd has accomplished so much by erecting this wall, you wonder what their objection would be to erecting another wall. But recall, we are dealing with hypocrisy so paramount that it staggers the mind.

They will erect a wall anywhere, anytime, when it suits their goals, and go berserk over erecting a different wall when that deviates from their goal. Never forget, their goal is the destruction of a civilization raised up on largely Catholic morality. The walls or their absence are just means to an end. 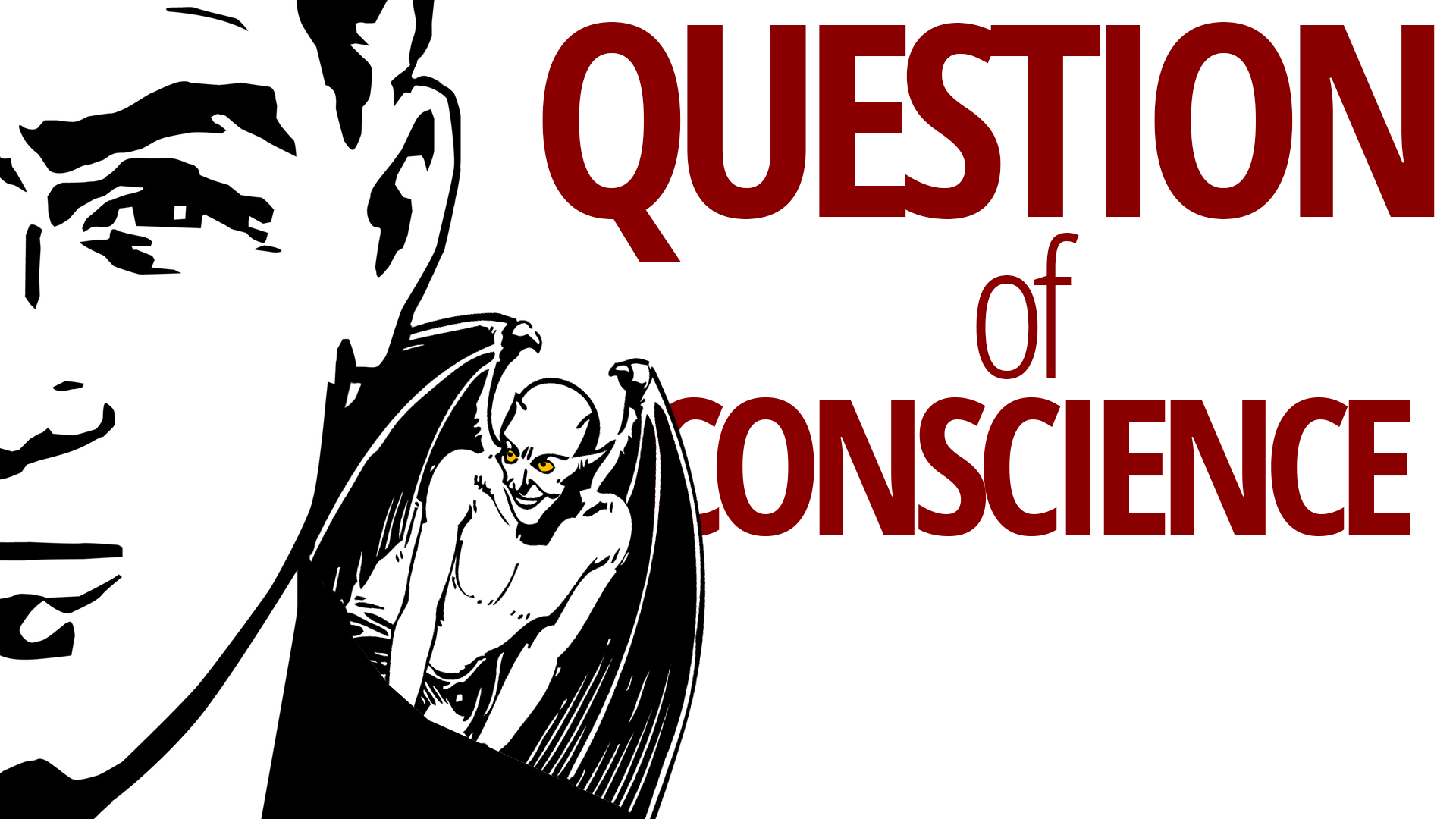 Question of Conscience
Our Blessed Lord will give you everything you need.