On a similar note, to digress for just a moment, recall that Our Lord's enemies were more willing to believe He would rise from the dead than His followers. They noted very carefully His prediction that He would rise and were willing to appeal to Pontius Pilate for a Roman guard for the tomb. For the apostles, there was no such belief. Even the women who accompanied His sacred Body to the grave had zero expectation He would have risen when they arrived, wondering who would roll away the stone. His enemies believed. His followers did not.

There is a lesson there — that the enemies of Christ are often more willing or able to recognize the reality of Christ than His followers. This is true even to today. The enemies of Christ who hold political power are frequently targeting the Catholic Church in a way they go after no other religion. They have some degree of understanding of the importance of Catholicism, which is why they are always trying to conquer it, sometimes by flattery, other times by demonizing or legislation or ridicule and even subversion and infiltration. But notice its always the Catholic Church they are at odds with, trying to destroy.

What further need of proof does someone need that the Church is authentically Christ? No other religion gets attacked like this, and for the record, no other Church has, can or will survive these attacks, because only the Catholic Church is the one true Faith.

In the tumultuous world of politics — made more evident by the recent elections — we see that part of the Democratic plan involved recognizing that the Church was an enemy and had to be infiltrated. In the by now, well-known Wikileaks dumps of John Podesta emails, we see conversations between top campaign staff talking about the need to undermine the Church by setting up fake Catholic groups to push the anti-Catholic liberal agenda.

In one of the Wikileaks emails, one top staffer, Jennifer Palmieri, Clinton's communications director, and Podesta received an email from a long time political hack John Halpin at the Center for American Progress — a party of death outfit funded by George Soros. He was apparently fearful of what he saw as a developing problem, a seizing of the intelligentsia by Catholics, and he complained to Clinton's staff that the conservative movement was being overrun by Catholics, "Many of the most powerful elements of the conservative movement are all Catholic ... "

This is all to say that within the party of death, which is oozing and leaking with traitorous Catholics, there is a great concern about the Catholic Church — not other religions. Just the Catholic Church. Those emails were from the 2008 Obama campaign, but this just goes to show how far back this understanding of theirs goes.

They correctly see authentic Catholicism as a stumbling block to their wicked plans. You bet it is. Even to this day, supporters of the agenda of evil understand very well that the Holy Catholic Church must be done away with if they are to gain final victory. So they set their sights on that goal. But in this regard, they are just going over well-worn ground. Communism understood this and viciously attacked the Church.

Former commie Bella Dodd told Archbishop Fulton Sheen and others that she herself recruited more than one thousand Communist agents in the 1920s and 1930s and got them into American seminaries with the single goal of destroying the Catholic Church. The great socialist revolutionaries, like Antonio Gramsci, understood that it was the Catholic Church that had to be removed for the revolution to succeed. He warned fellow Marxists that capitalism was not the enemy of the revolution but specifically the Catholic Church.

Gramsci was adamant that a violent uprising against the ruling class would not prove successful in the long run. He proposed a long drawn out battle, where Catholicism would be slowly rooted out of the culture by penetrating, ever so subtly, the universities, the press, the intellectuals.

All the while never forgetting that Rome is the number one target. That was a century ago and even further back. It's strange that the enemies of Christ are more willing to recognize the destructive power of the Church in its true nature than the followers of Christ. But they are. In a strange way, it is a backhanded compliment to the authenticity of the Catholic Faith — of its Divine origin. Through their dim intellect, they are still able to recognize the truth even though they themselves would never use that vocabulary or even believe it formally.

What further proof is needed? Even His enemies intuitively believe. 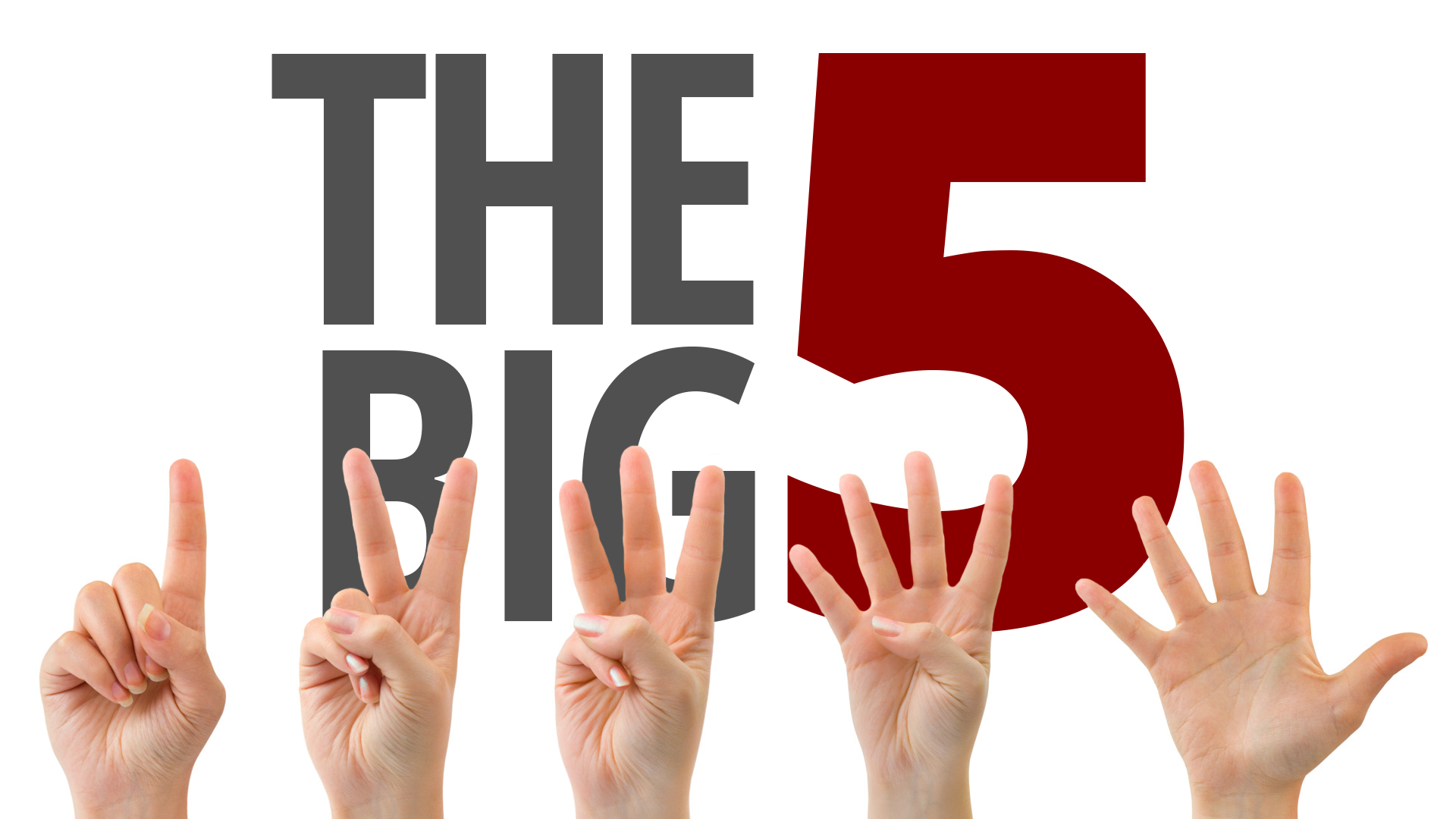 The Big Five
Which one is the most dangerous?