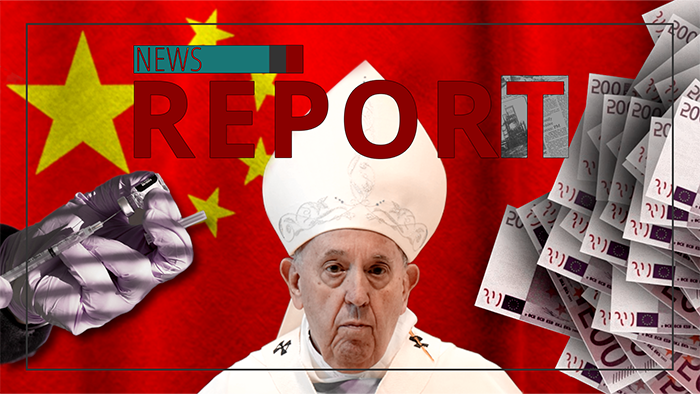 How deep does it go?

Following up on last night's bombshell report on Vatican-China financial ties, ties in the billions of dollars, questions abound regarding how far back this goes and whether it was planned for even more sinister purposes than initially thought. Large sums of money reportedly flooding from the Chinese Communist Party (CCP) to the Vatican, coupled with Francis' incessant pushing of the jab, raise many red flags. Church Militant's William Mahoney explores some of the unknowns in this unfolding scandal.

Whistleblower Abp. Carlo Maria Viganò never understood why disgraced homosexual pederast Theodore McCarrick was rehabilitated and sent to China at the start of Francis' pontificate in 2013.

McCarrick brokered the clandestine deal between the Holy See and the CCP, which China's Cdl. Joseph Zen never understood, as it led to such disastrous consequences.

Cdl. Joseph Zen: "They have sold our Church completely."

In 2020, Church Militant reported on the Vatican-China sellout, spotlighting another whistleblower who exposed the China-Vatican payout.

An expert in geopolitical economics, Dr. Francesco Galietti asserted the CCP has been sending $2 billion to the Vatican every year since Francis became pope in 2013. Much of what Galietti revealed came on the heels of similar revelations by exiled Chinese billionaire Guo Wengui.

With the Vatican-China accord, CCP money apparently hitting Vatican coffers and now Francis manipulating Catholic teaching to push the so-called vaccine, one wonders if this was the plan all along. Francis' secret talks with Pfizer plutocrat Dr. Albert Bourla only add intrigue to this question.

Jules Gomes: "The Vatican did not disclose these meetings, which means they were very clandestine. If the Vatican has been paid to push the Pfizer vaccine — they exclusively administer the Pfizer jab in the Vatican, and every employee is forced — compelled — to take this vaccine."

The pontiff has also met with fake Catholics Joe Biden and Nancy Pelosi, who likewise relentlessly push the jab.

Was Francis just a fluke papal election the CCP found easy to control, or was the St. Gallen Mafia instrumental in appropriating the papal throne with their man?

Julia Meloni, author, The St. Gallen Mafia: "In 2012, Kasper — Cdl. Walter Kasper of the group — was talking about a southerly wind blowing, and people would see this as a reference later to Bergoglio."

McCarrick received communist training in St. Gallen, Switzerland, even before his seminary days in the immediate aftermath of World War II, perhaps making his quick rehabilitation under Francis less mysterious.

Another troubling connection exists between Francis and Aleteia, a Catholic "fact-checking" website bankrolled by George Soros and the king of jab-pushing, Bill Gates.

When Viganò dropped his first round of revelations on corruption in the hierarchy, the pope's right-hand American prelate was quick to deflect.

Cdl. Blase Cupich: "The pope has a bigger agenda; he's got to get on with other things of talking about the environment and protecting migrants and carrying on the work of the Church. We're not going to go down a rabbit hole on this."

It's not surprising Francis and his gang don't want anybody going down a rabbit hole, as it seems to go through the earth, from Rome to Beijing. 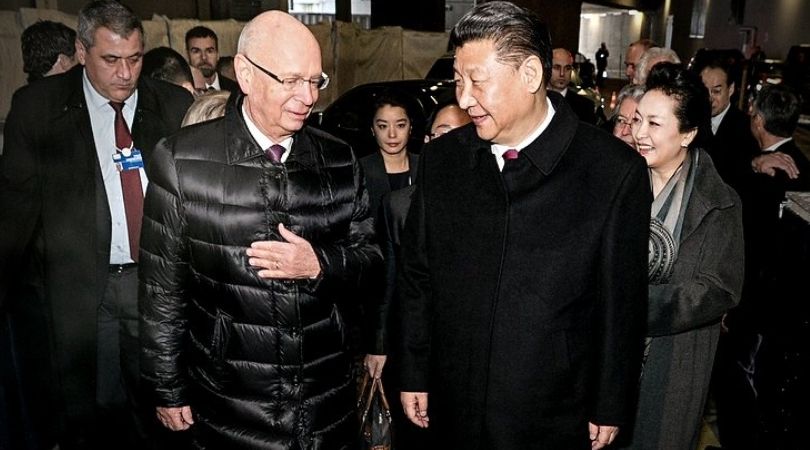