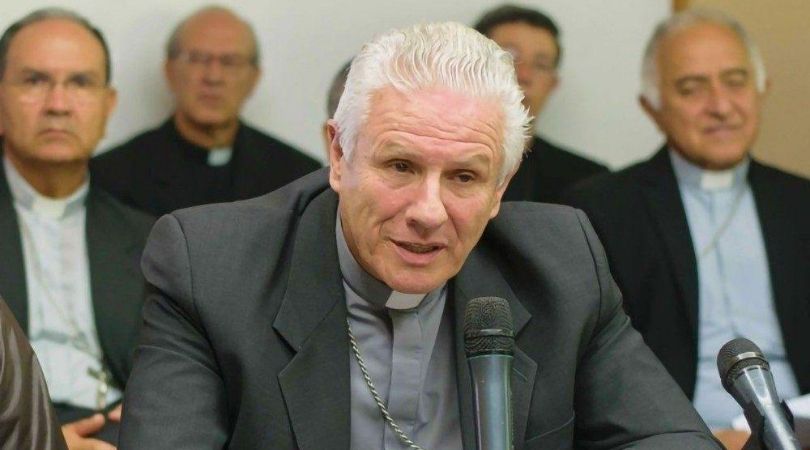 Yet he chaired a Soros affiliate

On July 9, Pope Francis named the fellow Jesuit to serve as metropolitan archbishop of Guatemala City, beginning in September. Born in 1954 in Spain, Abp. Gonzalo de Villa presides over the Guatemalan bishops' conference and was bishop of Sololá-Chimaltenango in Guatemala's interior, which is notable for its large number of indigenous-language speakers. He has also served as leader of the Society of Jesus in Guatemala and has advanced degrees in theology, Latin American studies and political science from Latin American and Canadian institutions.

Both of his parents were notable human rights advocates. His mother, María Teresa Vásquez de Villa, was among the 37 persons burned to death at the Spanish embassy during a confrontation between police and peasant activists in 1980. The metropolitan see of Guatemala has been vacant ever since the 2018 death of Gonzalo de Villa's predecessor, Abp. Óscar Julio Vian Morales.

Money from billionaire Soros funds the OSF, the Foundation to Promote Open Society, and the Jennifer and Jonathan Allan Soros Foundation, complexes of dozens of leftist grantmaking organizations and affiliates that are active worldwide. Planned Parenthood, the American Civil Liberties Union and the Brennan Center for Justice are among many other leftist organizations that benefit from Open Society funding of more than $1 billion per year. Soros himself is reputedly worth more than $26 billion.

Fundacion Soros Guatemala was created in 1997 and was affiliated with OSF. It stated on its website that it was a nonprofit led by "14 prestigious citizens of Guatemala who are ethically committed to contributing to the common good of the nation." It noted that it was part of the Open Society Institute (the former name for OSF), and defined itself as "more than 50 national foundations, regional initiatives and global programs in various places in the world ... contributing to the growth of more democratic, egalitarian, just and humane societies." Fundacion Soros Guatemala closed its doors in 2011.

Gonzalo Villa y Vásquez was serving as vice-chairman of Fundacion Soros Guatemala, but the report did not note his clerical status.

The foundation focused on "political and civic leadership training, increasing participation by marginalized groups in public life, improving local economic development, using education and the media to promote tolerance and facilitating dialogue between the different sectors of Guatemalan society." It would go on to fund leadership training and projects intended to bridge social, economic and political differences.

Serving as its first chairman was Gonzalo Villa y Vásquez, S.J., who in 1998 became rector of the prestigious Jesuit Landívar University in Guatemala City, where he taught political science. His biography on the website of the Latin American Arm of the Society of Jesus does not mention his involvement with OSF. In 2004, he was named auxiliary bishop of Guatemala by Pope John Paul II. Subsequently, he departed his position at Landívar University.

A 2002 Soros Foundation report mentioned that Gonzalo Villa y Vásquez was serving as vice-chairman of Fundacion Soros Guatemala, but the report did not note his clerical status. In a 2004 report, OSF said that it had provided more than $1 million to the Guttmacher Institute for promoting abortion in the United States. In a 2005 study on Guatemala, Guttmacher noted that it recommended that Guatemalan health authorities should provide abortions, even while noting that the country is beleaguered by inequalities and poor health care for most people. In its 2002 report, the broader OSF noted its funding of a Guatemalan television program to influence voters in national elections and to train female political leaders. It also funded the Institute for Policy Studies — a leftist think tank based in Washington, D.C. — in its work in the country. As recently as 2016, Landívar University received $260,000 from OSF.

In 2003, while Gonzalo Villa y Vásquez served as vice-chairman of Fundacion Soros Guatemala, OSF reported on its grants to abortion leviathans Planned Parenthood Federation and the Center for Reproductive Rights, both of which have pushed for years for abortion in poor Latin American nations.

OSF reported in 2003 on funding American abortionists "in new, early options for pregnancy termination, which may make it possible to mainstream abortion provision into general medicine, decreasing opportunities for harassment at freestanding clinics." OSF provided funding to train doctors to use Mifeprix (RU-486), the so-called morning-after pill, and the "vacuum-aspiration technique." The report also described OSF efforts to extend abortion in largely Catholic Croatia and Slovakia, as well as in Lithuania and Latvia. It noted that "funding was provided to strengthen local and regional advocacy capacity, especially in countries in the region where abortion rights are being undermined."

OSF said in the report that it made grants to the pro-abortion Guttmacher Institute and the Sexuality Information and Education Council of the United States (SIECUS) for "research and grassroots mobilization around comprehensive sexuality education." OSF also made grants that year to the National Abortion Rights League (NARAL), one of the most fervent pro-abortion organizations in the United States. Guttmacher regularly issues reports and recommendations on how to advance abortion in largely Catholic countries such as Guatemala.

In a 2004 report, OSF noted that it had provided more than $1 million to the Guttmacher Institute for promoting abortion in the United States. In a 2005 study on Guatemala, Guttmacher noted that it recommended that Guatemalan health authorities should provide abortions even though the country is beleaguered by social and economic inequalities as well as poor health care for most of its people.

Archbishop Villa y Vásquez said that he understood the Soros agenda only after becoming more involved with the bishops of Guatemala.

When contacted by Catholic News Agency, Abp. Villa y Vásquez professed ignorance about OSF's pro-abortion funding and activities. When asked about his involvement with OSF, he said, "To be frank, I don't recall that those issues emerged during our discussions." Regarding the OSF annual report, he said, "I probably read that publication that year or gave it a look, but not as though I were preparing for an examination. I just had a glance and didn't bother with the details."

Archbishop Villa y Vásquez said that he understood the Soros agenda only after becoming more involved with the bishops of Guatemala. "Beyond regret [for having been active in the Soros Fundacion Guatemala], what I would say [is that] at that time I was not aware or at least I have no memory that I was aware of it at the time." While he claims to have read about Soros, he maintains, "I am not certain that everything said about him is true, but I imagine that much of it is."

He told Catholic News Agency that any mention of his ties to Soros is a "trick" being played on him. He claimed that Soros has changed from his earlier focus on Eastern Europe and development to what he called the "world of the gringo cultural wars." Soros, he said, became involved in "women's empowerment issues" and so-called reproductive rights that are associated with the Democratic party. "This has meant that Soros and his name have been seen over the last 10 years as 'the devil' who funds Planned Parenthood. I believe that he did give money to Planned Parenthood," said the archbishop, who added that this was never an issue with Fundacion Soros Guatemala.

Archbishop Villa y Vásquez said that, in time, he became aware of OSF support for Planned Parenthood, especially during the Barack Obama administration. He gave assurances that he shares the Church's teaching on abortion and gender ideology. He said, however, that these issues are used as "political pressure" by people who "very bravely" oppose abortion but remain in "favor of the sale of arms or racism, which also happens in the United States."

Questions about the archbishop's position on contraception have arisen because of the prologue he signed to a 2001 United Nations report titled "Guatemala: The Financing of Human Development." The report reads:

The number of children that poor women have throughout their reproductive lives plays an important role in demographic dynamics. Recent data indicates that, as the income level decreases, the gap between the number of desired and unwanted pregnancies increases. Therefore, if poor women had the same opportunities to access reproductive health information and services as non-poor women and were able to control their pregnancies, the number of children currently born in poor households would be reduced by about 80,000 annually.

When asked about his signature, he once again affirmed that he supports Church teaching on contraception.

Abortion was illegal in Guatemala in all instances until 1973 when its legislature decided to allow the practice for women ostensibly endangered by a pregnancy. Contraception is widely available, having long received funding from the United Nations and the United States.

The country was beset by fratricidal war and politics for three decades — decades that claimed the lives of tens of thousands of innocents, labor organizers, teachers, democracy advocates and priests. Government forces routinely arrested citizens, subjecting them to torture, rape, death and clandestine burial.

Marxists engaged in bombings, assassinations and open combat with the government. Among the victims of the national upheaval were Fr. Stanley Rother and Bp. Juan José Gerardi Conedera, who presumably suffered death at the hands of the military. Guatemala remains one of the most violent countries in the world and has significant levels of poverty, illiteracy, poor health and social divisions. 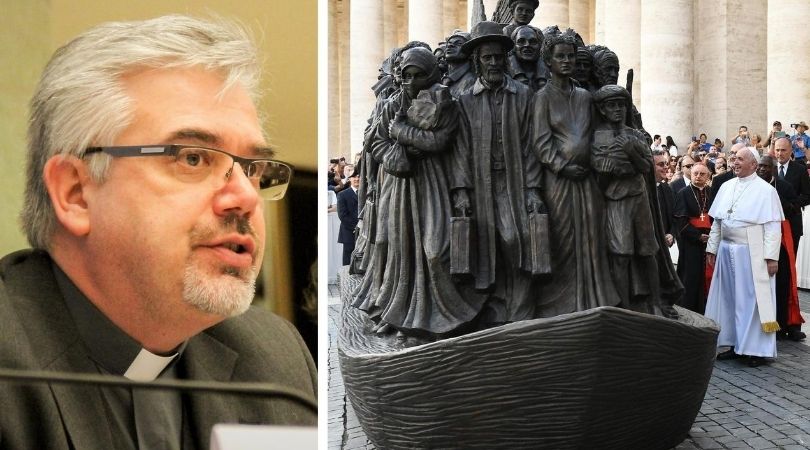