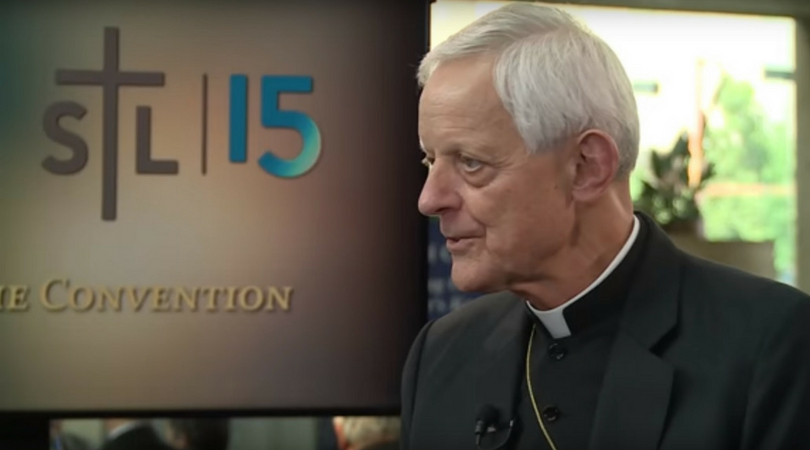 Not a homosexual problem and only involves McCarrick

Cardinals and homosexualist clergy are denying there is a crisis involving the cover-up by bishops of widespread homosexual predation of adults in the Church.

On Wednesday, Cdl. Donald Wuerl of Washington said, "I don't think this is some massive, massive crisis." His solution to the non-crisis was crafting new policies that apply to the sex abuse of adults by bishops just as the Dallas Charter for the Protection of Minors applied to the sex abuse of minors by priests.

"Now what we're realizing is we need to have something that would also be a mechanism for when a bishop isn't as faithful as he needs to be."

Speaking to America magazine on Tuesday, Cdl. Blase Cupich of Chicago also downplayed the crisis of homosexual predation of adults caused by ordaining homosexuals to the priesthood.
"People, whether heterosexual or homosexual, need to live by the Gospel," responded the cardinal. He added that he "would not want to reduce this simply to the fact that there are some priests who are homosexual."

Homosexualist Fr. James Martin told the media in July that the problem centered on former Cdl. Theodore McCarrick. He was asked, "Do think there is more to this in the Church with adult seminarians?" He responded, "No I don't. I think the Cdl. McCarrick case is really extraordinary. ... I don't think this was rampant. And I think his case was really kind of an outlier."

Watch the panel discuss how bishops are denying the homosexual calamity in The Download—Downplaying the Crisis.