DETROIT (ChurchMilitant.com) - Officials from as many as 45 states have asked Pennsylvania law enforcement for advice about prosecuting predator priests.

Pennsylvania attorney general Josh Shapiro told USA Today in a recent interview that prosecutors, attorneys general and other officials from across the country have asked him for assistance with investigating alleged sex crimes by Catholic clergy and efforts by Church leaders to cover up those crimes.

The 2018 Pennsylvania grand jury report, which came out in August, detailed sex abuse allegations against 301 clergy and religious across six of Pennsylvania's eight dioceses. The other two had been subject to previous investigations.

In the aftermath, 14 other states' attorneys general have publicly announced plans to launch investigations into the Catholic Church, modeled after the Pennsylvania grand jury's investigation.

Shapiro says the Pennsylvania report was just the beginning.

"Law enforcement, in many ways, is just getting started," he said. "I think we're probably in the third or fourth inning, meaning that we still have a good ways to go and a lot more horrors to unearth."

"It is too soon to say what could be actionable or not," he added.

Shapiro noted that the grand jury report itself did not include much that was "actionable," since almost all of the allegations were outside the statutes of limitations.

The attorney general pointed out that the Church leaders who covered for the abusers could not be criminally prosecuted either at the time of the grand jury's investigations.

"None of those who enabled the cover-up could be charged under our laws," he said.

He complained that during the investigation, Church leaders "fought us every step of the way."

"Every opportunity they had to do the right thing, they did the opposite," he added.

Law enforcement, in many ways, is just getting started.

When Shapiro was interviewed by The New York Times in late August, he confirmed that representatives of the U.S. Department of Justice had reached out to him in regards to the recent grand jury report.

In Texas, several law enforcement agencies raided the chancery of the Galveston-Houston archdiocese on Nov. 28. Montgomery County District Attorney Brett Ligon said at a press conference outside the office building during the raid, "The Pennsylvania Attorney General's Office has been very helpful, and kind of helping us structure some of what we're looking for."

Ligon also said that "unnamed" federal agencies were present for the raid. He explained that the feds were present in case the raid unearthed evidence related to cases across state lines.

The priest he alluded to is Fr. Manuel La Rosa-Lopez, a priest of the archdiocese who was arrested in September on charges of sexually abusing minors. 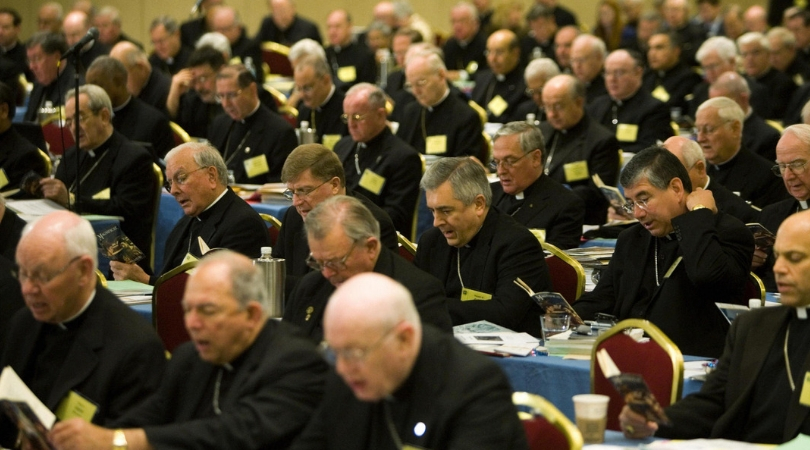