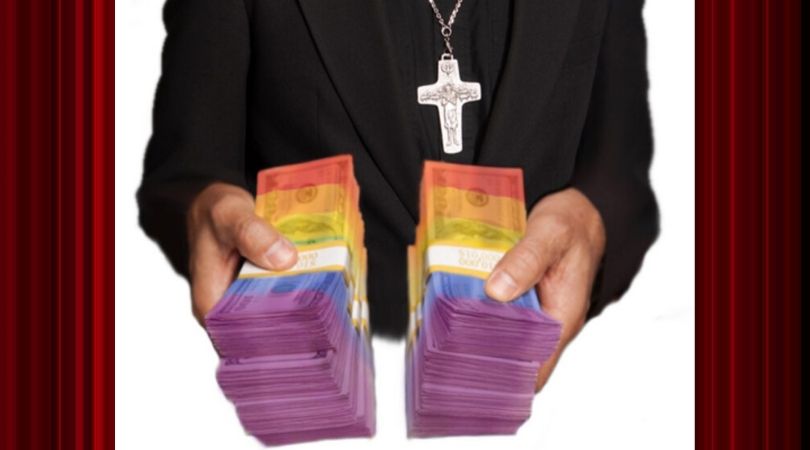 Over the summer, the Catholic Campaign for Human Development (CCHD), an anti-poverty program run by the United States Conference of Catholic Bishops (USCCB), provided a $750,000 Strategic National Grant to the Ignatian Solidarity Network (ISN). Shortly after the June announcement of the grant, The Lepanto Institute reported that the ISN regularly held workshops promoting homosexual and transgender activism. In response to concerned Catholics regarding the promotion of sexual perversion from ISN’s workshops — which included presentations by same-sex “marriage” advocacy organizations like New Ways Ministry and Dignity USA — the USCCB’s Communications Manager for Social Mission, Alexandra Carroll, claimed that ISN “was not encouraging or promoting anything contrary to Catholic teaching.”

But over this past weekend, from November 16–18, ISN held its annual Ignatian Family Teach-In for Justice, which again included condemned homosexual advocacy groups and pro-homosexual messaging. As with previous events, the Teach-In included pro-homosexual speakers and workshops on homosexual integration into the life of the Catholic Church. The difference in this year’s Teach-In, in contrast with all the previous ones, is that this year’s was funded, in part, by the CCHD.

The Teach-In included pro-homosexual speakers and workshops on homosexual integration into the life of the Catholic Church.

It should be noted that the Catechism of the Catholic Church is explicitly clear that homosexual acts are “acts of grave depravity” and are “intrinsically disordered.” This means that engaging in homosexual activity, which includes all forms of romantic affection, are mortally sinful. The catechism, paragraph 2357 says:

Basing itself on Sacred Scripture, which presents homosexual acts as acts of grave depravity, tradition has always declared that “homosexual acts are intrinsically disordered.” They are contrary to the natural law. They close the sexual act to the gift of life. They do not proceed from a genuine affective and sexual complementarity. Under no circumstances can they be approved.

The ISN’s workshops, as outlined in our previous reports, most certainly fall under the Catechism prohibition on “approving” homosexuality, and its most recent Teach-In is no different.

On Saturday, November 16, the first day of the conference, homosexuality activist, Fr. James Martin, gave a presentation titled, “Welcoming and Respecting LGBT Catholics in Our Parishes." Identifying people with their sinful proclivities, the description of the presentation is as follows:

How can the Catholic Church more compassionately welcome its LGBT members? How can we build a bridge between the institutional church and gay, lesbian, bisexual, and transgender people? Fr. Martin, author of Building a Bridge, invites you into a discussion of respect, sensitivity, and compassion. All are welcome.