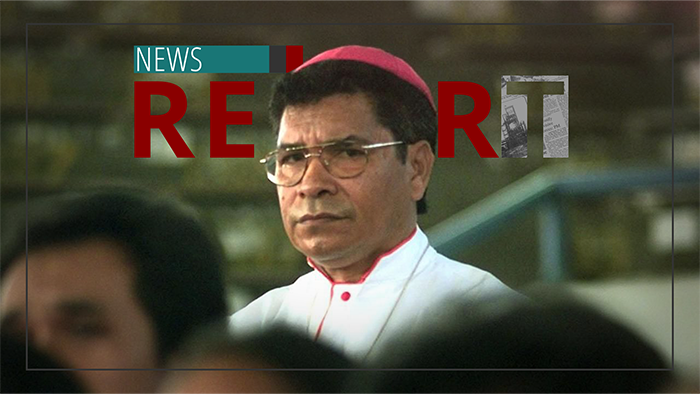 The Vatican is confirming a story we brought to you last night regarding a Catholic bishop from the Southeast Asian nation of East Timor, who is tied to a series of sex abuse cases involving teenage boys. Church Militant's Kim Tisor has more on Bp. Carlos Belo — a Nobel laureate — whom some are comparing to Theodore McCarrick.

A Dutch magazine revealed the bombshell allegations against Bp. Carlos Belo in a news report Wednesday. In response, the Vatican is revealing it placed Belo under disciplinary restrictions two years ago, when it claims it learned of sexual abuse accusations dating back to the 1980s.

East Timor natives consider Belo a hero for defying the autocratic Indonesian regime in the 1990s. Indonesia, a primarily Muslim nation, invaded Catholic-majority East Timor in 1975 after colonial ruler Portugal pulled out. Indonesian troops slaughtered some 200,000 Timorese between 1975 and 1999.

Belo lobbied Church and U.N. officials to intervene on behalf of his people. He also developed a reputation for housing pro-independence protesters — most of them young men. It was for this work that he was awarded the Nobel Peace Prize in 1996. But recently unearthed evidence suggests something darker was going on behind the bishop's doors.

Testimony from grown men points to Belo being a serial homosexual rapist, who preyed on vulnerable boys for decades. Victims explain how they were abused, or raped, then given hush money. They claim Belo repeated this behavior pattern with unsuspecting boys living in extreme poverty.

Critics are comparing Belo's case to that of fallen cardinal Theodore McCarrick, who was a prominent prelate known for his humanitarian work — before a sex scandal ruined his name, all while an aware Vatican did little.

Now faithful Catholics are trying to understand how a man devoted to spreading peace could secretly sow destruction in young men's lives. They're also wondering where the Vatican's promised transparency is and when, if ever, the ongoing abuse will end. Belo retired in 2002, citing health issues.

The Timorese Bishops' Conference is saying it will work with any potential investigation arising from the allegations.