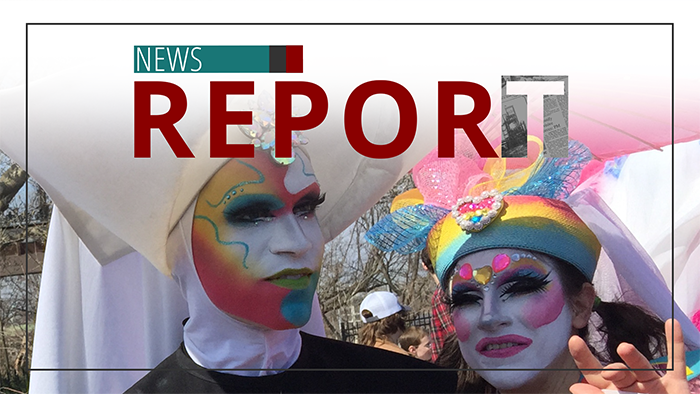 A new law is being proposed in Missouri that would allow communities to ban drag queen story hours in public libraries.

The only resistance came from a handful of middle-aged bikers who rode in from Illinois.

The successful turnout of LGBT supporters was coordinated by the Parasol Patrol based in Denver and by Vote Common Good based in Minnesota.

These two organizations coordinate events across the country, sometimes together, sometimes separately.

The Parasol Patrol was at the Broomfield, Colorado public library recently where Catholics praying the Rosary were outnumbered four to one.

Drag Queen Story Hours bring visibility and supposed legitimacy to the LGBT lifestyle, but they also put children in the middle of a controversy about adult sexual practices.

Through the recruitment of volunteer escorts, Parasol Patrol co-founders Eli Bazen and Pasha Ripley have found the sweet spot that both promotes Drag Queen Story Hours AND positions the organization as protectors of children.

Vote Common Good provided the Jefferson City rally with equipment and security. Founder Doug Pagitt trailed Church Militant staff throughout the event and used his parasol and arms to try to disrupt filming.