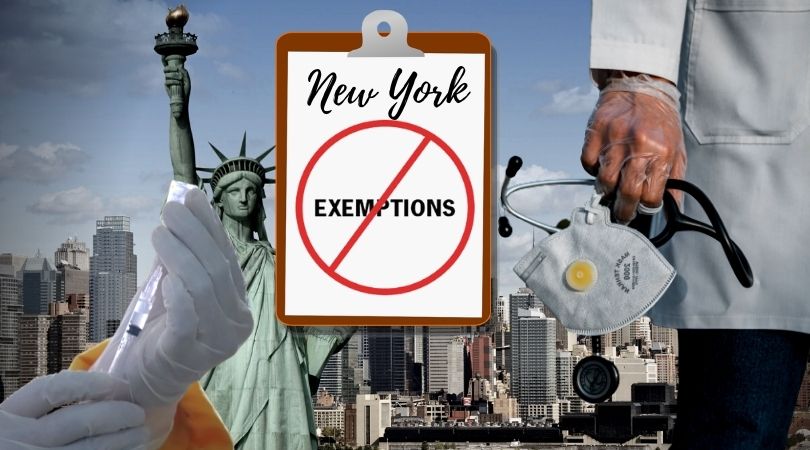 New York's Department of Health (DOH) board on Thursday discussed and voted unanimously to approve the former governor's directive mandating healthcare workers get vaccinated. On Aug. 16, New York's then-governor Andrew Cuomo released a statement requiring staff at "hospitals and long-term care facilities (LTCF), including nursing homes, adult care, and other congregate care settings" to get a COVID-19 vaccine before Sept. 27.

Other health care facilities will have until Oct. 7 for employees to receive at least the first dose. Cuomo's directive did allow for medical and religious exemptions. However, the board's recent approval negates such exemptions and invalidates previously obtained exemptions.

Vanessa Murphy, a DOH attorney, explained, "We're not constitutionally required to provide a religious exemption. You see that with the measles and the mumps requirement for health care workers."

The mandate took effect immediately and will be evaluated in 90 days. Health care workers who do not get the shot will be subject to termination. Alternatives like masking or testing were not discussed during the meeting.

For Catholic employees, the ultimatum presented is forcing them to choose between their moral concerns about using abortion-tainted products and keeping a job that supports their families.

All of the vaccines allowed in America under the Food and Drug Administration's emergency use authorization (EUA) are tainted by a connection to the use of cell lines derived from aborted babies. There is no other option. Moderna and Pfizer used abortion cell lines for testing. But the Johnson & Johnson shot has a more direct connection to abortion. Even though U.S. bishops are promoting vaccination, some have specifically warned against the Johnson & Johnson vaccine because fetal cells were used in the production as well as the testing.

The ultimatum is forcing them to choose between their moral concerns and keeping a job.

In addition to the ethical dilemma, many have safety concerns about the COVID-19 vaccines, as has been noted in previous reports.

During the DOH board meeting Thursday, Al Cardillo, CEO of the Home Care Association of New York State, expressed his concerns.

"There are many providers, still with a substantial portion of the workforce very reluctant to be vaccinated," Cardillo observed. "Much of our workforce comes from minority communities and other communities with cultural considerations where there's resistance to vaccination."

A large majority of health professionals in the state are already injected. The governor's office reported Aug. 16 that "to date, 75% of the state's ~450,000 hospital workers, 74% of the state's ~30,000 adult care facility workers and 68% of the state's ~145,500 nursing home workers have completed their vaccine series."

Cardillo argued that a shortage of staff would have detrimental effects on patients. He urged, "We really encourage you to consider the shortage, in the emergency situation that we have, and to consider steps that would at least provide support for this area to be able to recruit and support the workforce during this period."

Many are thinking of quitting, which lends credence to Cardillo's concerns. Lawyers across the nation are banding together to stand up for those in need of medical and religious exemptions. Thus, health care staff may have some options to retain their jobs while refusing the jab — even if they can't get a religious exemption.

A group of lawyers called Defending the Republic created an "assumption of liability" document for anyone to use. If the employer signs the agreement, it makes the employer liable for any adverse reaction one may have to the jab. If an employer refuses to sign it, this makes a stronger case for someone to rightly refuse getting the shot.

Similarly, America's Frontline Doctors created their own group called the Legal Eagle Dream Team. They intend to challenge the constitutionality of COVID-19 mandates and restrictions.

Waiting to be fired will give the employee the ability to claim wrongful termination for discriminatory practices in the workplace. ClassAction.org explains employees' basic rights: "Under Title VII of the Civil Rights Act ... you can't be fired because of your religion, and your employer is required to make reasonable accommodations for your faith as long as it doesn't cause any particular hardship for the company."

Health care staff may have some options to keep their jobs — even if they can't get a religious exemption.

Quitting or making a reasonable case to take to court are the options faithful Catholic New Yorkers in the medical field are facing. 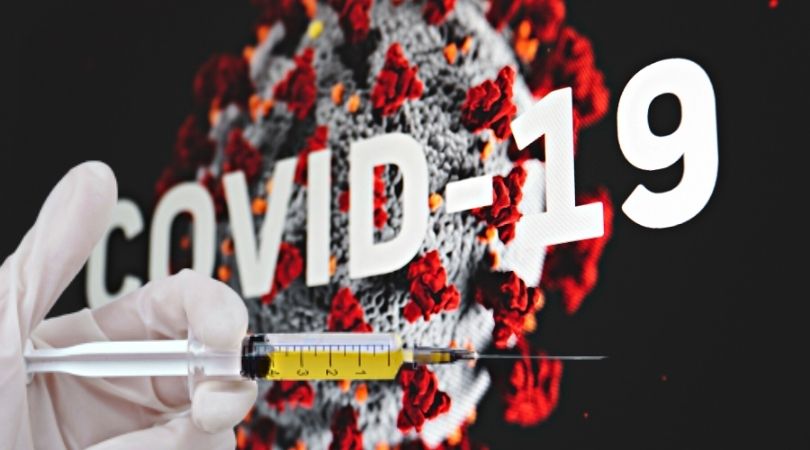