Nancy vs. the Nuns 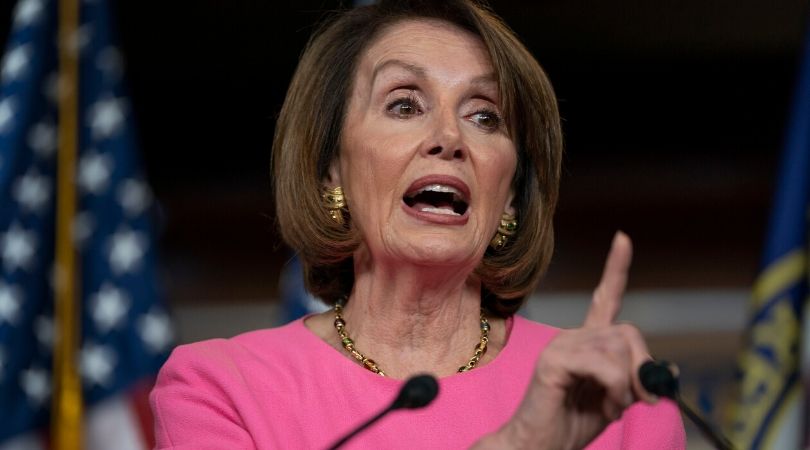 House Speaker sides against Little Sisters of the Poor

WASHINGTON (ChurchMilitant.com) - For the third time, the Little Sisters of the Poor are petitioning the U.S. Supreme Court for protection from the Obamacare contraceptive mandate, and House Speaker Nancy Pelosi is gunning for their defeat.

"Despicable," Pelosi said recently in a statement on the case, voicing "outrage" over President Trump's executive order exempting religious objectors from having to provide health insurance that covered contraception and abortifacients.

Journalist Micaiah Bilger noted the disconnect between Pelosi's position on this case and the Faith she professes to uphold: "Like the Little Sisters, Pelosi also identifies as a devout Catholic. However, she constantly opposes Catholic Church teachings about the sanctity of human life and fights against religious freedom for the very faith that she claims to be a part of."

In 2016, the Court unanimously ruled that the Little Sisters should not be forced, in violation of Church teaching, to comply with the Health and Human Services (HHS) requirement to select a healthcare plan for themselves and their employees that included contraceptives and abortion-inducing drugs.

In 2018, in support of the Supreme Court decision, the Trump administration issued the rule that Pelosi recently slammed. The rule protected non-profits and religious organizations, which, out of conscience, wanted exemption for the HHS contraception mandate.

Twenty states objected to the Trump administration's rule and sued the federal government. Of those suits, two remain, one from the left-leaning Ninth Circuit Court and the other from the Third Circuit Court.

Becket, the religious liberty law firm representing the Little Sisters, says the lawsuit isn't about protecting U.S. citizens from harm or preventing them from getting access to birth control. They point out that the suit fails to show any harm since it has already been shown that there are a variety of government programs that offer free or low-cost contraceptives, and that, when the Obama administration carved out exemptions for secular organizations, no state complained about that.

This "latest round of the lawsuit, like the mandate itself, isn’t about ensuring that women have access to contraception," Becket claims. "It is about leveling religious believers simply to illustrate that everyone, regardless of their creed, must comply with the government’s secular vision for society."

the Trump administration issued the rule that triggered Pelosi.

Observers note that in signing an amicus brief opposing the Little Sisters, Pelosi has again cast her lot with secularists. She agrees with the brief's proposition that "the accommodation of sincerely held religious beliefs cannot be permitted to upend the careful, necessary balance between respect for religious freedom and the government's interest in protecting public health and welfare and prohibiting discrimination against women."

The brief's language — "the government's interest in protecting public health" — rings ominously in the ears of many Catholics, who have been denied the opportunity to gather for prayer and worship in the name of "protecting public health." Willing to comply with protective measures for a reasonable period of time, some believe that, like the HHS contraception mandate, the point is for the government to exert its power over religious institutions and force them to "bend the knee" to them and not to God.