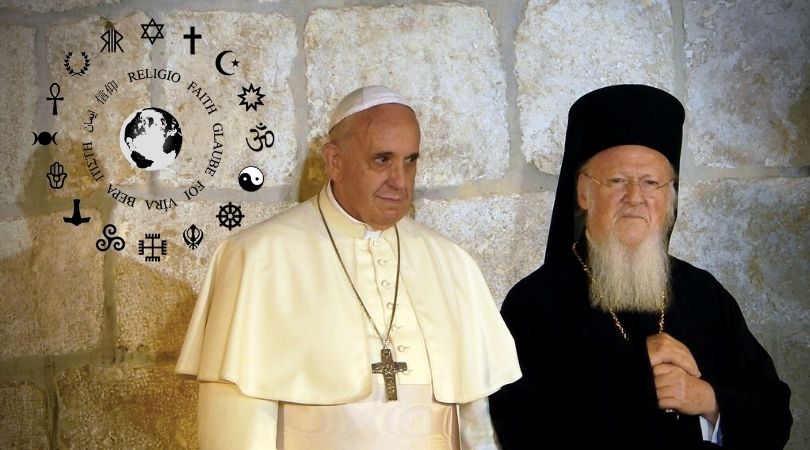 A big problem for ecumenism

October 2021 will be remembered as a month that posed a big problem to the phony "ecumenism" so in vogue these days.

The conversion to Catholicism of the Anglican bishop Michael Nazir-Ali — besides causing great controversy in the ecumenical efforts of the Vatican — showed that, sooner or later, the natural decadence of Protestant, Episcopalian, Anglican congregations and the like will bring truth-seeking people back home to Rome — in spite of the nonsense committed by our bishops today.

It's also in October the miracle of the Sun took place in Fatima in 1917, before the terrified eyes of more than 70,000 people.

Sadly enough, Oct. 31 was the 504th anniversary of the tragic dismemberment of Christendom, brought about by the arch-heretic, Martin Luther.

Similarly, it was the 5th anniversary of a statue of Luther being erected in the Vatican! Sadly enough, the statue of the arch-heretic is again on display this year.

All of this brings to mind the massive conversion of Anglicans some 10 years ago, more than 500,000 of them, which led Pope Benedict XVI to open a special ordinariate to receive them into the Catholic Church.

A couple of years prior to that, the millennial edition of a historical book was published: Defense of the Seven Sacraments Against Martin Luther. Oddly enough, the book was written by King Henry VIII with the help of St. Thomas More. This constitutes the greatest irony in Church history: a book written by the founder-to-be of the Church of England was published as a fierce defense of Catholicism against the founder of Protestantism!

It was a remarkable affirmation of the Catholic Church's teachings on the papacy, indulgences, the Mass as a sacrifice, the seven sacraments and Christ's Real Presence in the Eucharist. It thoroughly refuted Luther's novel heresies.

The new millennium edition of Henry's royal book of Catholic apologetics was dedicated to Elizabeth II, Queen of the United Kingdom, who is also the official head of the Church of England.

A copy of the book was sent to Buckingham Palace as a gift to Her Majesty and as a fraternal and respectful reminder of the union that England and Rome shared for well over a thousand years. It was accompanied by a letter in which, as the book's editor, I expressed my concerns for the Christian future of Europe in view of the current massive Islamic migration.

I expressed to Her Majesty my strong belief that, unless all baptized Christians in Europe reunite once again under one Lord, one Faith and one baptism (Ephesians 4:5) in the One Church of God — the pillar and mainstay of the truth (1 Timothy 3:15) — there is much to fear about the ongoing de-Christianization and consequent Islamization of Europe.

The Queen's secretary acknowledged and thanked me for the gift on behalf of Her Majesty, who graciously expressed the Queen's good wishes, noting my concerns about the future of Christianity in Europe.

More recently, Henry VIII's book was also published in German as a timely initiative to remind Catholics and Lutherans in Germany of the masterly refutation of Luther's novel heresies on the sacraments by a very unlikely writer, Henry VIII. Soon it will also be printed in Poland.

Henry wrote the book assisted by More and dedicated it to Pope Leo X. The Holy Father was so pleased with Henry's eloquent treatise on the seven sacraments that he granted the king the title of "defender of the Faith."

Defection: No Cause Célèbre

It's unfortunate, however, that Henry did not keep the Faith he so valiantly defended, but rather, separated himself and his country from the Church founded by Jesus Christ, thus making his own church and becoming its head.

Lutherans and other Protestants celebrated the 500th anniversary of the so-called Reformation in 2017. But strangely enough, they were not alone. Even within the Catholic Church, there were "commemorations!"

Some German Catholic bishops praised Luther and called for closer ties with Protestants. They described him as "a religious pathfinder, gospel witness and teacher of the Faith," whose "concern for renewal in repentance and conversion" had not received an "adequate hearing" in Rome.

The Catholic Herald reported at the time Pope Francis told Lutheran pilgrims from Finland that "Martin Luther's intention 500 years ago 'was to renew the Church, not divide Her.'" Moreover, the Pontifical Council for Promoting Christian Unity declared that "after 50 years of dialogue, 'Catholics are now able to hear Luther's challenge for the Church of today, recognizing him as a 'witness to the gospel.'"

Some German Catholic bishops praised Luther as a 'gospel witness and teacher of the Faith.'

But history tells quite a different story.

The fact is, Christendom was never the same after Luther. Because of his so-called Reformation or, more precisely, deformation of the Christian faith, today, instead of having one Lord, one Faith, and one baptism (Ephesians 4:5) in the One Church of God, the pillar and mainstay of the truth (1 Timothy 3:15), there are thousands upon thousands of churches, denominations, sects, affiliations, missions, movements, associations, etc. There are myriad groups of people, everyone claiming to be fully Christian, Bible in hand, even though there are myriad contradictions between each group's creed and moral code wrapped in a cacophony of religious relativism.

Hence, I fully agree with His Eminence Cdl. Gerhard Müller in his introduction to the German edition of Defense of the Seven Sacraments, wherein he insists there is no reason whatsoever to "celebrate" Luther's rebellion, which was not a work inspired by the Holy Spirit.

It was inspired by a quite different "spirit," I suggest.

Instead, there are reasons to mourn, with prayer and penance, as Our Lady requested in Fatima, whose 100th anniversary the Church celebrated in 2017.

Departing from Pope Francis' comments, Cdl. Müller, in his preface to the German edition of King Henry's book, highlights the correct understanding of the so-called Reformation of the Church by the heresiarch Luther. He wrote:

The new millennium edition of Henry VIII's book is unique in several aspects. It was:

It's to be hoped that a great many Catholics and Protestants — especially Lutherans — will read this treatise in either English or German and realize how the founder of the Church of England refuted the novel teachings on the sacraments of the founder of Protestantism. We hope and pray that they will consider the authentic reunification of all Christians in the One True Church that these innovators departed from just over 500 years ago — the true Church founded by the One who is the Way, the Truth and the Life. 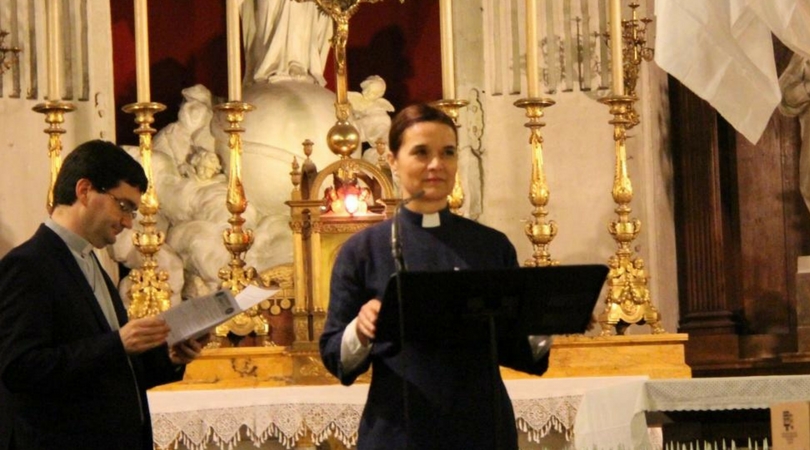