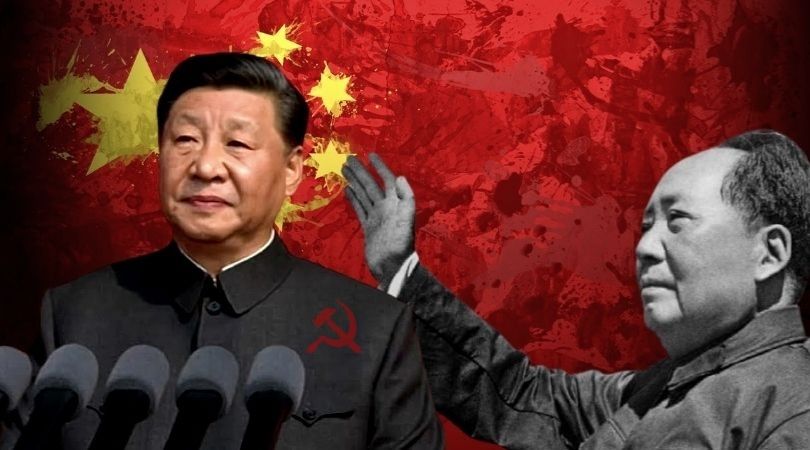 BEIJING (ChurchMilitant.com) - The Chinese Communist Party (CCP) is celebrating its 100th anniversary, marking a century of death and despair in the world's most populous country.

Chinese president Xi Jinping had thousands of performers gather in Tiananmen Square on Thursday to celebrate the CCP's founding — hailing the party as the "savior" of the communist nation.

"For 100 years, the Chinese Communist Party has led in the Chinese people in every struggle, every sacrifice, every innovation," exclaimed Xi in a speech given from the deck of the Gate of Heavenly Peace.

Spectators thunderously applauded chanting: "Listen to the party, be grateful to the party and follow the party," they yelled. "Let the party rest assured, I'm with the strong country!"

But since its founding in 1921, the CCP has been responsible for several of the worst atrocities perpetrated against mankind — leaving many critics worldwide wondering — what's to celebrate?

The People's Republic of China is currently engaging in a genocide against the Turkic Muslim Uighur population in China's Xinjiang province. An estimated one million people have been detained against their will. It's believed that roughly 25,000 Uighurs are killed every year for organ harvesting alone. The true number of Uighurs killed remains unknown.

It's not just Uigurs though. In the first seven months of 2020, CCP forces in the western Xinjiang region kidnapped over half a million rural Tibetan laborers, placing them in so-called vocational training camps. These labor camps are accompanied by "indoctrination, intrusive surveillance and harsh punishments for those who fail to meet labor transfer quotas." The Dalai Lama alleges 1.2 million Tibetans died under Chinese rule.

The biggest victims of CCP oppression, however, are the Chinese people. In 1989, up to 10,000 civilians were killed in the Tiananmen Square Massacre, where one brave citizen was seen famously protesting in front of CCP tanks with nothing but his handbags.

Between 1979 and 2015, the Communist Party enforced the One Child Policy — mandating contraception and forced abortion if birth control failed. It's estimated roughly 400 million births were prevented under this draconian measure. Untold millions were forcibly murdered in the womb.

It's estimated roughly 400 million births were prevented under this draconian measure. Untold millions were forcibly murdered in the womb.

Under CCP dictator Mao Zedong, mass death was by far the worst. During his Great Leap Forward, a socioeconomic program from 1958–1962, roughly 45 million people died of starvation, torture, beatings and forced labor. The CCP celebrates Mao's legacy to this day.

The party's founding preceded Mao. A Marxist named Chen Duxiu served as the first general secretary of the party. Later in life, he denounced Mao's communism and Stalin's Soviet dictatorship. Chen defended democratic institutions such as independent judiciaries, opposition parties, a free press and free elections. He died in obscurity and is now used as an example of what happens when someone deviates from CCP hegemony.

Despite the road of blood and horror that follows the Chinese Communist Party — the government appears dedicated to expanding its geopolitical power — legitimately challenging Western dominance for the first time in 100 years.