‘A Cloud Over the Priesthood’ 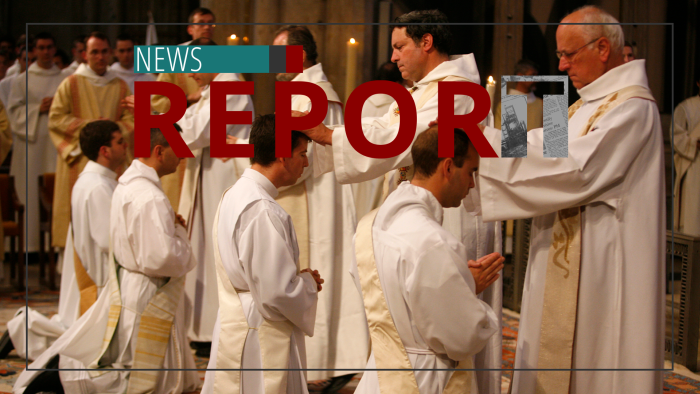 The Catholic Project conducted the largest national survey of priests in over 50 years and is now sharing its findings.

More than 3,500 diocesan and eparchy priests and 131 bishops responded to the three key themes of the survey, which was released Wednesday.

The first was "well-being." Seventy-seven percent of priests and 81% of bishops were categorized as "flourishing." However, 45% of priests reported at least one symptom of ministry burnout, with 9% experiencing severe burnout. Younger priests were significantly more likely to experience this.

The second was "trust." Just under half of diocesan priests had confidence in their bishop, which is down from 63% in 2001, the year before the sex abuse crisis. In the 2002 Dallas Charter, the bishops — led by Theodore McCarrick — exempted themselves from its provisions. Among all priests surveyed, only 24% expressed confidence "in bishops in general."

There is even a mismatch in perspective. Most bishops see themselves as a brother or father figure, while less than a third of their priests agree. They see the bishop more like an impersonal boss.

One surveyed diocesan priest verified this fear, saying it "definitely puts a cloud over the priesthood. And honestly, I think most priests have that."

The report concluded, "Justice demands the Church protect the innocent, including innocent priests."

Much can be done to improve the relationships between bishops and priests, and the priests surveyed did offer several solutions.

Given what Church Militant has uncovered about many of the woke bishops, it is interesting to point out that when asked about their theological orientation, not one bishop called himself "very progressive." Only 17% said they were "moderately progressive."