A Deathocrat Worthy of the Name 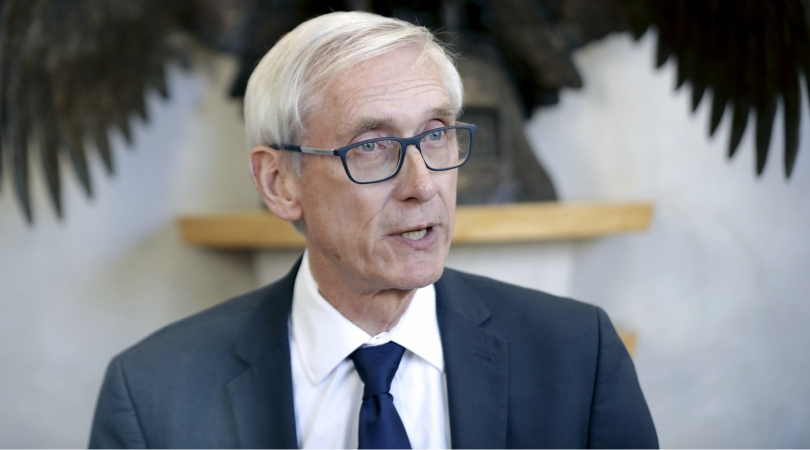 The proposed bill requires doctors to "exercise the same degree of professional skill, care, and diligence to preserve the life and health of the child as a reasonably diligent and conscientious health care provider would render to any other child born alive at the same gestational age," according to the legislation. A doctor must ensure that a child born alive is immediately taken and admitted to the hospital, under the proposal. Physicians who violate the law face fines up to $10,000 and a maximum of six years in prison.

The word redundant implies that the protection afforded by the law already exists. Insofar as the U.S. Constitution's 14th Amendment forbids any state to "deprive any person of life, liberty, or property, without due process of law; nor deny to any person within its jurisdiction the equal protection of the laws," Evers' stance goes to prove that Deathocrats have no more respect for truth than they do for human life.

They hide behind the assertion that the U.S. Supreme Court has held that the word "person" does not apply to nascent children because they are not yet fully developed human individuals. But the Constitution itself applied the word to my enslaved black ancestors, despite the fact that the defenders of slavery and other racists questioned their humanity.

The Supreme Court majority erred egregiously when it ignored this evident fact. Executive officials sworn to uphold the Constitution are bound by oath to follow its provisions. Unless they mean to surrender the independence of the executive branch, they cannot claim that Supreme Court decisions must be respected when they obviously violate the clear, plain language of the Constitution.

Evers' stance goes to prove that Deathocrats have no more respect for truth than they do for human life.

This would mean, for example, that the federal judiciary may, at will, usurp the president's exclusively vested power as "Commander-in-Chief of the Army and Navy of the United States," destroying the concentration of energy and responsibility required to "preserve, protect and defend the Constitution of the United States."

It would also mean that judges and justices at the state and federal level may willfully command executive officers of the states to deprive people of "equal protection of the laws" despite the 14th Amendments explicitly stated prohibition.

The Constitution vests the judiciary with the power to express its opinion about individual cases. However, that opinion has no force of law unless and until those vested by the people with executive authority conclude that they may lawfully enforce it. If and when they conscientiously conclude that the judiciary's opinion conflicts with the higher law represented by the will of the people in the Constitution, they are duty-bound to refuse such enforcement.

The Supreme Court's rogue jurisprudence in regard to abortion demands such refusal from every executive officer in the United States sword to uphold the Constitution. Some professionally self-serving lawyers contend that all judicially decisions automatically have the force of law. But this assertion erases the separation of powers. It makes judges and justices into tyrants, dictating the law instead of applying its terms.

To be sure, executive branch officers must be held accountable for abuses of the law enforcement power they wield. But the U.S. Constitution vests the power to do so in the elected representatives of the people, not the courts. If and when the people have sufficient political will to do so, they are duty-bound to impeach and remove executive officers who overstep their bounds.

Their duty to do so is the surest confirmation of the fact that the ultimate arbiter of the Constitution is the people, not any of the branches of government ordained and established by their sovereign will.

In Federalist no. 78, Alexander Hamilton relied on this fact when he wrote:

The judiciary … has no influence over either the sword or the purse; no direction either of the strength of the wealth of the society; and can take no active resolution whatever. It may truly be said to have neither force nor will, but merely judgment; and must ultimately depend upon the aid of the executive arm even for the efficacy of its judgments. … Liberty can have nothing to fear from the judiciary alone, but would have everything to fear from its union with either of the other departments. … The interpretation of the law is the proper and peculiar province of the courts. A constitution is, in fact, and must be regarded by the judges as a fundamental law. It, therefore, belongs to them to ascertain its meaning, as well as the meaning of any particular act proceeding from the legislative body. If there should happen to be an irreconcilable variance between the two … the Constitution ought to be preferred to the statute, the intention of the people to the intention of their agents. Nor does this conclusion by any means suppose a superiority of the judicial to the legislative power. It only supposes that the power of the people is superior to both.

In particular, the executive cannot abdicate his or her duty of conscience to the judiciary, bowing to their will when conscientiously constrained by the words of the Constitution to do otherwise.

They now extend the right to murder human persons to fully born children, no different than us except in the weight of their natural claim to our defense and aid.

Deathocrats like Tony Evers discard this evidence. They can, therefore, pretend to trust in the illusory logic of a Supreme Court decision on abortion that falls of its own weight. But if we, the people, allow them to continue in this vein, in what reliable standard can we trust to safeguard respect for our own persons.

They now extend the right to murder human persons to fully born children, no different than us except in the weight of their natural claim to our defense and aid. They are pushing to extend it to the aged, the infirm, the psychologically afflicted, demented or confused. As women now claim the power to murder their offspring, so doctors, psych professionals, and ideological and religious dictators will soon wield power to murder us.

This was commonplace in the old Soviet Union in the past; and is commonplace now in China and the Islamic world, so soon and very soon it will be commonplace here unless we say no to such naturally unlawful murders and the Deathocrat Party that worships their use as a means to achieve tyrannical power.