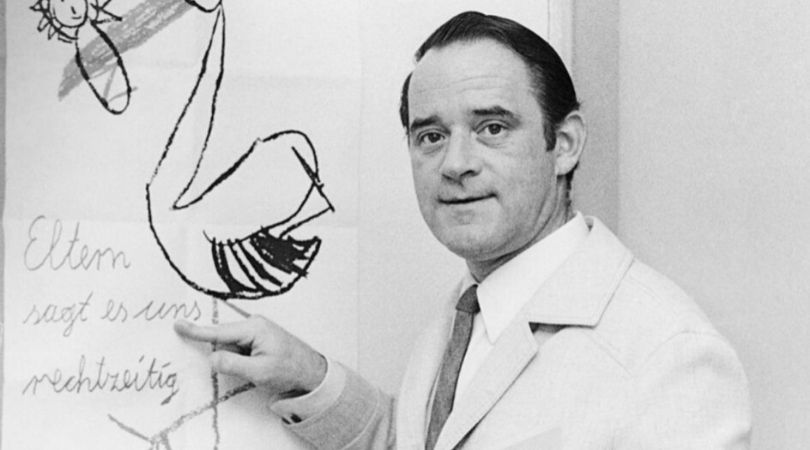 State-sponsored pedophilia and the sexual revolution

BERLIN (ChurchMilitant.com) - Pope Emeritus Benedict XVI's 2019 response to the clerical sex abuse crisis — a response maligned by some Churchmen — is proving credible as reports of children being subjected to state-sponsored pedophilia experiments in Germany are emerging.

In a 6,000-word essay referred to as "The Church and The Scandal of Sexual Abuse," the former pontiff blamed the sexual revolution for the abuse crisis.

"Among the freedoms that the revolution of 1968 sought to fight for was this all-out sexual freedom," he wrote.

"The matter begins," he said, "with the state-prescribed and supported introduction of children and youths into the nature of sexuality."

The pontiff pointed out that, at the time, "In Germany, the then-minister of health, Ms. (Käte) Strobel, had a film made in which everything that had previously not been allowed to be shown publicly, including sexual intercourse, was now shown for the purpose of education."

"Part of the physiognomy of the revolution of '68 was that pedophilia was then also diagnosed as allowed and appropriate," he continued.

A number of reports are confirming the lucidity of Pope Benedict XVI's analysis of the spread of pedophilia as they address emerging instances of state-sponsored pedophilia occurring throughout Europe since the pope's landmark date of 1968.

One instance of systemic pedophilia, called by one source "a diabolical experiment" began in the late 1960s and was carried out for over 30 years in Germany.

Starting in the 1970s, the Kentler Project — in what was then West Berlin — routinely and deliberately placed homeless children with pedophile men for almost 30 years. It was convinced the pedophiles would make ideal foster parents.

The project was approved by the Berlin Senate and named after sexual scientist Helmut Kentler (1928–2008), who put the plan into effect.

Kentler made clear that the men in his project would have sex with the foster children, and he argued the pedophile men would make especially loving foster parents.

Kentler made clear that the men in his project would have sex with the foster children, and he argued the pedophile men would make especially loving foster parents.

He was friends with some of the foster fathers, several of whom included "high-ranking members of the Max Planck Institute, Berlin's free university, and the notorious Odenwald School in Hesse, West Germany, which was at the center of a major pedophilia scandal several years ago."

At its end, Kentler described his experiment as a "success," but victims of the experiment are now beginning to speak out. And findings of a study by the University of Göttingen, for example, are telling a different story.

Berlin's senator for youth and children Sandra Scheeres called the news of the Kentler Project "shocking and horrifying."

As to how to tackle the scope of the abuse of minors, lawmaker Nadine Schoen, a member of Chancellor Angela Merkel's ruling Christian Democratic Union Party, recently pointed out that "there are lots of ideas on the table already."

Though Berlin authorities have now promised to look into the matters of pedophilia, past and present, Dr. Jennifer Morse, founder of the pro-family Ruth Institute, is skeptical.

When Church Militant asked Morse about the emerging stories of pedophilia embedded in government-run agencies throughout the world, she said: "These organizations make token efforts to address the issue and return to business as usual."

"The global ruling class likes pedophilia. They actually like the entire sexual revolution, just the way it is, including pedophilia," she continued. "We can no longer ignore the numerous cases of highly placed individuals and networks that have preyed on vulnerable children."

Morse pointed to the high-profile examples including the ex-cardinal Theodore McCarrick scandal, the Jeffrey Epstein scandal and "the widespread abuse of children through United Nations-sponsored operations."

Morse calls on Catholics to speak out against the crimes of pedophilia: "We are the only ones who can present a coherent, competing set of ideas to counter the poison of the sexual revolution."

For penning his essay, Pope Benedict was criticized as living "in a platonic world of ideas where facts don't matter."

His essay was maligned by Jesuit Fr. Thomas Reese, who said the essay "shows why it was such a good idea for him to resign as pope" and "how out of touch he is."

Many clergy prefer to attribute clerical abuse perpetrated against minors to clericalism.

Many observers note, however, that the pontiff's pinpointing the moment — 1968 — when a number of world-altering decisions — like German Minister of Health Käte Strobel's — played out and leaders colluded with each other to effect a spiritual collapse of Biblical proportions, argues convincingly of the diabolical.