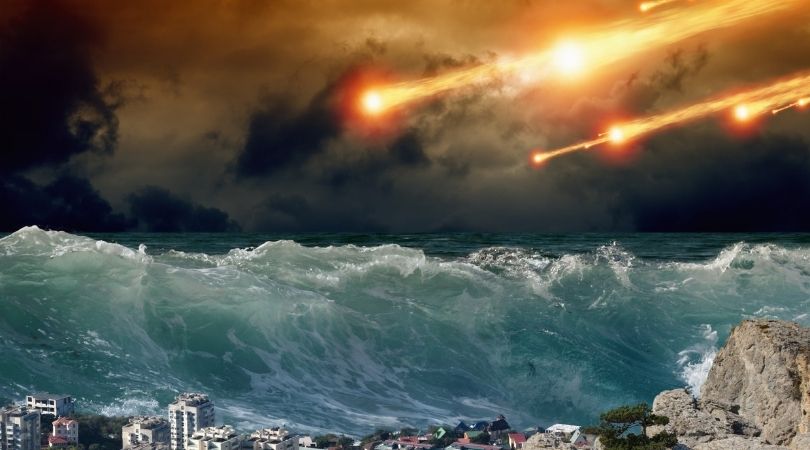 ROME (ChurchMilitant.com) - Pope Francis told an interviewer that there will be a global-warming-induced worldwide flood if humanity "continues the present course" of evil.

In a book based on conversations with Fr. Marco Pozza, an author and a chaplain of an Italian prison, the Pope said, "The wrath of God is against injustice, against Satan." The book, On Virtue and Vices, is due to be published in Italian on Tuesday by Corriere della Sera newspaper.

There are virtuous people; there are vicious people, but the majority are a mixture of virtues and vices. Some are good at one virtue but have some weaknesses. Because we are all vulnerable. And this existential vulnerability, we must take seriously. It is important to know this, as the guide of our journey, of our life.

Pope Francis observed that God's wrath is "directed against evil, not that which comes human weakness, but evil of Satanic inspiration — the corruption generated by Satan, behind which single men, single women, entire societies follow. God's wrath is meant to bring justice, to 'clean up.'"

Referring to the biblical flood (which has long been understood to be a singular event), Francis said in the excerpts released by Corriere della Sera:

The Flood is the result of God's wrath, the Bible says. It is a figure of God's wrath, who according to the Bible has seen too many bad things and decides to obliterate humanity. The biblical [flood], according to experts, is a mythical tale. (Now I suppose someone will argue that the pope said the Bible is a myth!) But myth is a form of knowledge. The flood is historic, archaeologists say, because they found traces of a flood in their excavations.

Consonant with his earlier warnings against environmental degradation, especially in the Amazon Basin, the pope suggested that so-called global warming will cause another flood of biblical proportions: "A great flood, perhaps caused by a rise in temperature and the melting of glaciers — that will happen if we continue down the same road."

In another segment of the book, the Argentinian pontiff ponders:

Can faith grow alongside doubt? It happens because we are human, and that faith is a gift so big that, when we receive it, we don't believe it. Is that possible? The Devil makes you doubt; later, life, then tragedies. Why does God allow this? But a faith without doubt doesn't work. Think of St. Therese of the Child Jesus: Do you think she had no doubts? Read about the end of her life. She said, during the most difficult moments of her illness, that she asked that holy water be brought to her bed and hold a blessed candle to shoo the Enemy.

Other notable quotes include:

Father Pozza has published three previous books in Italian, based on conversations with Pope Francis: I Believe, We Believe; When You Pray, say Our Father; and Ave Maria: The Mystery of a Most Blessed Prayer.