A Portent of Things to Come 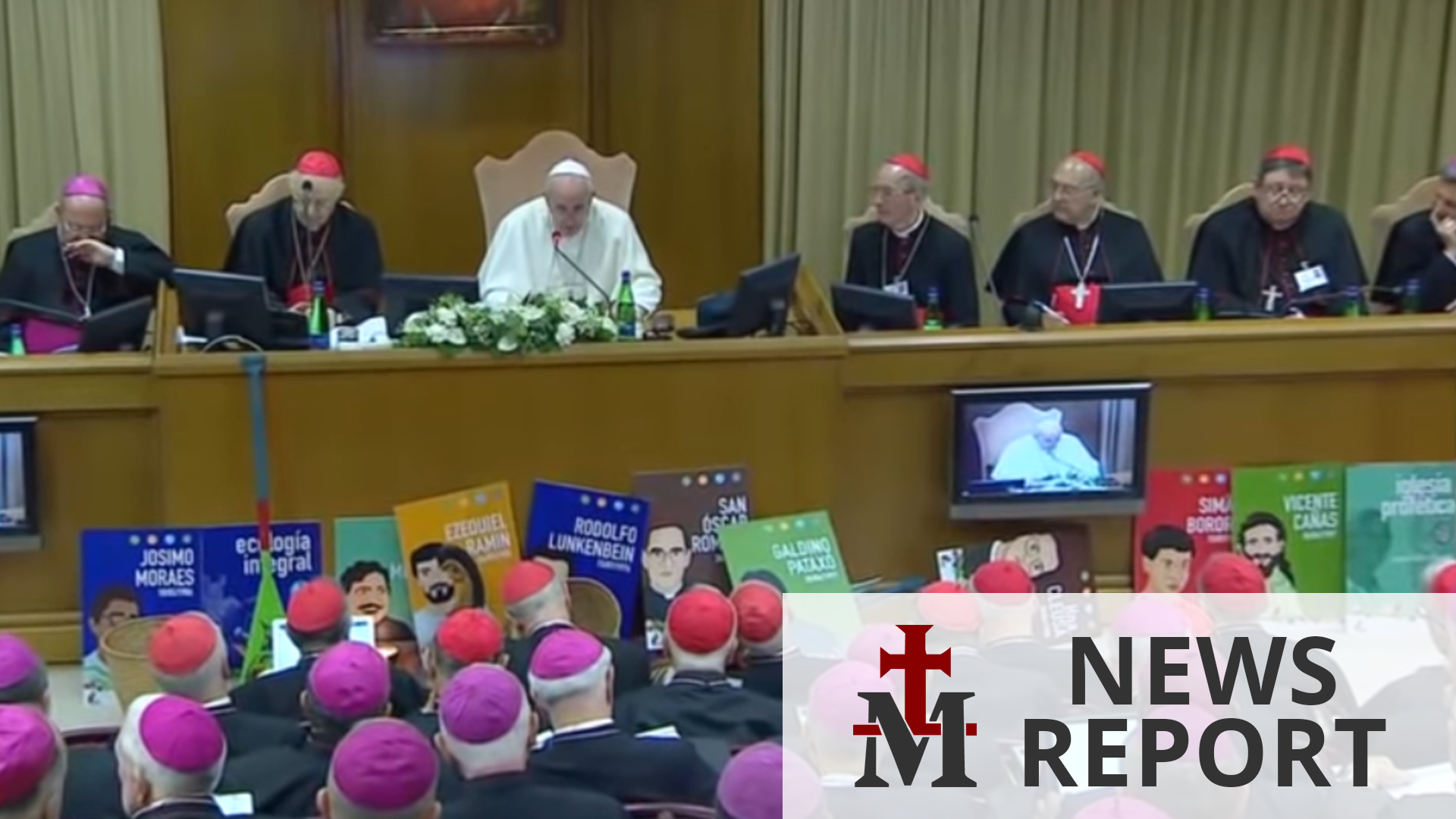 The Amazon Synod kicked off today with tribal songs echoing through the halls of St. Peter's Basilica, before the pope and synod fathers processed to the synod hall, flanked by indigenous peoples walking barefoot carrying a rainbow-colored fishing net.

The pope took the occasion of his opening address to scold those who commented on tribal headdress, asking, "What is the difference between this headdress, and the biretta used by officials of this dicastery?"

And Cdl. Claudio Hummes, leader of the synod, again stressed the possibility of making exceptions to priestly celibacy in remote regions of the Amazon — also touching on granting women leadership roles in the context of the sacraments: "[F]aced with a great number of women who nowadays lead communities in Amazonia, there is a request that this service be acknowledged and there be an attempt to consolidate it with a suitable ministry for them."

Just the day before, the opening Mass was marked by a first in the history of Christendom: a pagan protest inside the walls of St. Peter's Basilica.

Just steps from the High Altar, demonstrators unfurled a banner urging the world to listen to the cry of Mother Earth, before being escorted away by security.

The significance of the event has not been lost on Catholics.

That the walls of the iconic basilica, the seat of global Catholicism, would have been penetrated by pagan protestors is, for critics, symbolic of what Francis has allowed to happen to the Church under his reign — and is a worrying portent of things to come.