A Power Struggle: Knights of Malta vs. the Vatican

The Grand Master is defending himself and the order's sovereignty

Update: Tuesday, the Vatican hit back at the Sovereign Military Order of Malta re-asserting its decision to continue its investigation of the order. In a press release issued this morning, the Vatican "reaffirms its confidence" in the papal commission, after the order's Grand Chancellor said Friday there were "serious accusations of a conflict of interest" among three of the commission's members.

The Holy See Press Office declared in its statement:

In relation to the events of recent weeks concerning the Sovereign Military Order of Malta, the Holy See wishes to reiterate its support and encouragement for the commendable work that members and volunteers carry out in various parts of the world, in fulfilment of the aims of the Order: tuitio fidei (the defense of the Faith) and obsequium pauperum (service to the poor, the sick and those in greatest need).

For the support and advancement of this generous mission, the Holy See reaffirms its confidence in the five Members of the Group appointed by Pope Francis on 21 December 2016 to inform him about the present crisis of the Central Direction of the Order, and rejects, based on the documentation in its possession, any attempt to discredit these Members of the Group and their work.

The Holy See counts on the complete cooperation of all in this sensitive stage, and awaits the Report of the above-mentioned Group in order to adopt, within its area of competence, the most fitting decisions for the good of the Sovereign Military Order of Malta and of the Church.

ROME (ChurchMilitant.com) - The Grand Master of the Knights of Malta is defending his refusal to co-operate with the Vatican. In a Friday communiqué with members of the Sovereign Military Order of Malta, Fra' Matthew Festing explained that his intention was only to protect the sovereignty of the order.

"Suffice it to say, whilst I was trying to enjoy a peaceful Advent and Christmastide, I have barely been able to concentrate on anything else," he wrote in the letter. "It has been extremely tiring and I am sure many of you have had your Christmases disturbed by similar preoccupations."

The order is currently locked in a power struggle with the Vatican after the pope established a commission to investigate the order's dismissal of Albrecht von Boeselager, the Grand Chancellor, for allegedly overseeing the distribution of condoms in Africa through Malteser International, the order's charitable arm.

Speaking with Church Militant, Michael Hichborn of the Lepanto Institute, who spearheaded an investigation into Malteser International, affirmed that evidence shows the former Grand Chancellor had full knowledge of the condom distribution.

"He's already contradicted himself," Hichborn said. "He's saying in the first hand that he knew about it, and in the second hand he didn't know about it. And in both messages, he's saying that Malteser International was not the actual distributor of condoms, but some other implementing partner."

Hichborn's investigation — which revealed that Malteser had been handing out contraception in Africa since 2005 — came after the order itself had produced a report showing its humanitarian arm had been involved in anti-Catholic activities, with the explicit knowledge of von Boeselager.

The Knights of Malta continue to insist its decision to fire von Boeselager is correct, and posted an official statement on January 10 declaring its refusal to co-operate with the Vatican commission:

The Grand Magistry of the Sovereign Order of Malta, in response to the activities being carried out by a Group appointed by the Secretary of State of the Vatican, considers it appropriate to reiterate that the replacement of the former Grand Chancellor was an internal act of the government of the Order.

Thus, considering the legal irrelevance of this Group and of its findings relating to the legal structure of the Order of Malta, the Order has decided that it should not cooperate with it.

Festing is also claiming that the Vatican commission is compromised, proffering in his Friday letter "serious accusations of a conflict of interest." Recent reports reveal that three members of the papal commission are associated with a fund in Geneva in which the Knights are financially tied. 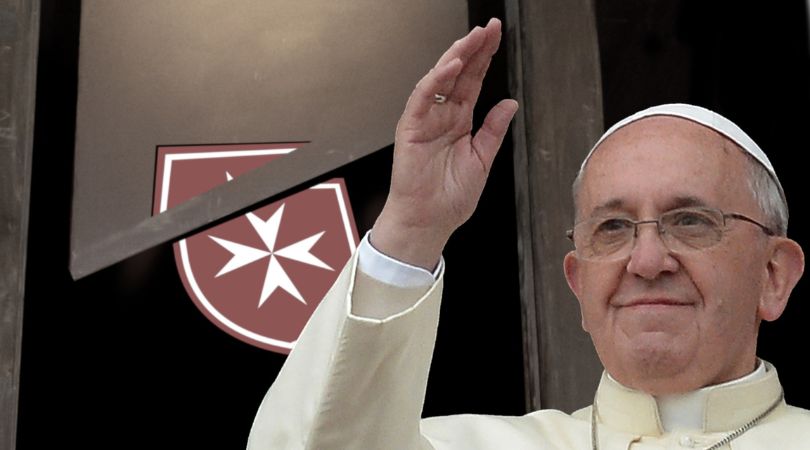