A ‘Sanctus’ for the Ages, Part II 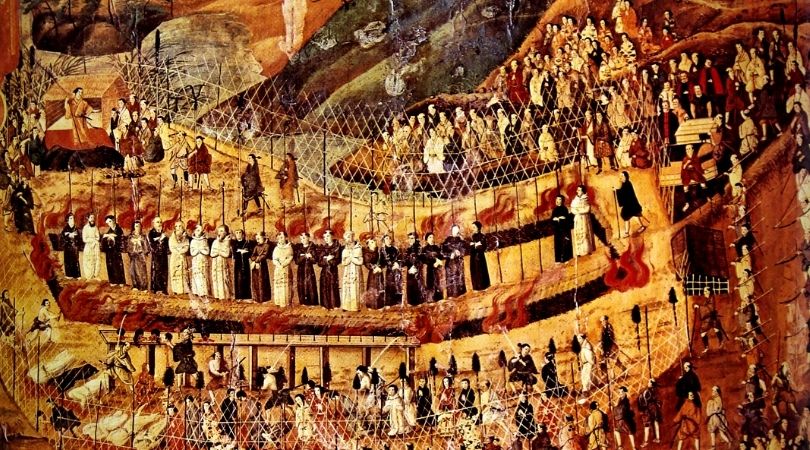 Part II of a series. Read Part I.

In 1621, Fr. Camillo Costanzo, an Italian Jesuit, bet his life on a return mission to Japan, where Christ was banned. Having witnessed Christ's power at work across that benighted land before the Christian Expulsion Edict of 1614, Fr. Costanzo was determined to stanch the lies that had spawned the edict in the first place.

Arriving incognito in Nagasaki, Fr. Costanzo labored ceaselessly, serving persecuted Catholics across northwestern Kyushu and the Goto Islands until his inevitable capture. It was in Goto, in the harbor at Uku Island, that the inevitable arrived, sparked by the treachery of an informer on Ikitsuki Island.

Perhaps Fr. Costanzo was taking a moment's rest in his boat when the daimyo's soldiers sailed into the harbor — he so rarely had a safe place to lay his head. In that boat, just as predicted by the Judas from Ikitsuki, the hunters found their prey.

The Jesuit, unlike the slippery sort of fugitive they had expected, received them graciously, for this meant certain martyrdom, a prospect that filled Fr. Costanzo with joy. His joy disarmed his captors: they carried him unbound to Hirado, like a guest rather than their prisoner, after arresting his two dojuku (lay helpers), Augustino Ota and Gaspar Koteda. Seeing these two brought on board tightly bound, Fr. Camillo asked the soldiers to bind him too, but they demurred — perhaps this noble Italian priest visibly carried Heaven in his countenance, so close did he hold it to his heart.

The judges in Hirado proved less sympathetic than the soldiery had been. Asked why he defied the shogun's ban on Christ, Fr. Camillo answered that he obeyed all laws that did not violate the Commandments of God, but since the shogun had proscribed the preaching of the gospel, he explained that, when asked to do "a thing utterly contrary to the will of the King of Heaven, I could not obey the kings of the earth to the prejudice of his service."

Fr. Camillo used this opportunity to convert the hearts of the turnkeys and guards of his prison.

This answer infuriated one of the judges, who shouted that Fr. Camillo deserved to die. He was dragged away with a rope around his neck and taken to Iki Island to be thrown into prison with two Spanish friars captured by English corsairs on the high seas. Like St. Paul, though, Fr. Camillo used this opportunity to convert the hearts of the turnkeys and guards of his prison.

Meanwhile, the Shogun Hidetada, informed of the arrests of Fr. Costanzo and company, ordered him burnt alive and all his helpers beheaded. Augustino Ota, Gaspar Koteda, and eight others were severally shorn of their lives before the holocaust of Fr. Costanzo.

The burning alive of the tall Calabrian Jesuit was saved till last as a public spectacle staged to terrify all would-be faithful Catholics on the scene — and calculated to impress the Dutch and English sojourners in Hirado, merchant-pirates who preyed on Iberian shipping and oftentimes traduced Catholics preserving the Faith underground. Thirteen Dutch and English vessels lay in harbor at Hirado on the day appointed for the Shogun's spectacle: a large audience was thus guaranteed for Hidetada's perverse display of shogunal justice.

When the ministers of death came for Fr. Costanzo, he greeted them with a broad smile and such graciousness as to astonish them, and before setting off, he thanked his jailers courteously. Gonroku, governor of Nagasaki, had sent an officer to witness the execution in his name; Fr. Camillo bowed to the man, thanked him for coming, and offered his sympathy for causing him to do this unfortunate duty. Gonroku's officer was struck dumb.

About 100 paces from the shore at Tabira, facing Hirado Island from across a narrow strait, lay the death ground, bamboo-fenced and stocked with firewood. Beyond the opposite shore, Hirado's citadel stood out on its mountaintop. A huge crowd had come to observe the execution, both Japanese — some of them underground Catholics — and European Protestants steeped in hatred of the Catholic faith, a legacy handed down by their fathers.

Here was the perfect battleground for this Ignatian soldier's one-man assault on the Devil's citadel of lies: a patch of soil ordained to taste his blood and his ashes, a pulpit built as if by Almighty God Himself to disabuse the haters of those lies they had suckled on and confirm the believers in their faith. Fr. Camillo covered that hundred paces like a runner bursting with a message of victory, a dispatch in three tongues.

Once inside the fence, he announced, "My name is Camillo Costanzo. I am a religious of the Society of Jesus and of Italian nationality, condemned to the fire for having preached the Christian faith. I ask the spectators to remember this."

As the executioners tied Fr. Camillo to his stake, he began preaching with an extraordinary fervor — first in Japanese and then in Portuguese and Flemish — a homily on Matthew 10:28: "Do not fear those who kill the body but cannot kill the soul."

The executioners lit the firewood, but the Jesuit preached on, his voice piercing the smoke and flame. In the midst of the inferno, he finished his homily before crying out, "The sects of the Bonzes [Buddhist priests] are only dreams and fictions to divert men from the right path of their salvation."

Thick smoke covered him as if to banish his words — words pregnant with a truth that could pulverize the concreted myths of a millennium. But the smoke and flame parted like a curtain to reveal Fr. Costanzo praying, as if unharmed. He sang out the psalm Laudate Dominum, omnes gentes! to its end and then the Gloria before exclaiming three times in Japanese, in apparent ecstasy, "Oh, how well I am!"

Do not fear those who kill the body but cannot kill the soul.

But, like a lightning-quick, strangling python, a whirlwind of flame devoured Fr. Costanzo's clothing, exposing his broiling skin as white as snow, and then he became charcoal black.

This holocaust was over, it seemed, seared into countless human memories as if with a branding iron. Some of the audience, stunned into circumspection, must have turned to go — when, from the midst of the fiery furnace, that glorious image of God named Camillo Costanzo, burnt black as cinder, sang out, "Sanctus, Sanctus, Sanctus, Sanctus, Sanctus!" as boldly and beautifully as if he were at the altar in the very court of Heaven raising a song of praise to the Lamb of God Himself, and the flames consuming his mortal flesh the merest kisses of a thousand angels. Only then did this scion of Calabria, the perfect incarnation of St. Ignatius of Loyola's vision of the soldier of Christ, bow his head in death.

The spectators could barely keep their hearts in their chests. This priest had truly been a paragon of in persona Christi, miraculous proof of the Power of the Keys, of the divine wind proceeding from the mouth of the risen Jesus when he blew on them and said, "Receive the Holy Spirit" — a wind more powerful than all the hurricanes of every age rolled into one, a blow that extinguishes eternal death. None could have left that scene, that port to eternal life reduced now to choking smoke and glowing embers, unchanged.

Glory be to God in all His angels and saints — and especially in the person of Blessed Camillo Costanzo, S.J.

Luke O'Hara became a Catholic in Japan. His articles and books about Japan's martyrs can be found at his website, kirishtan.com.
--- Campaign 31877 --- 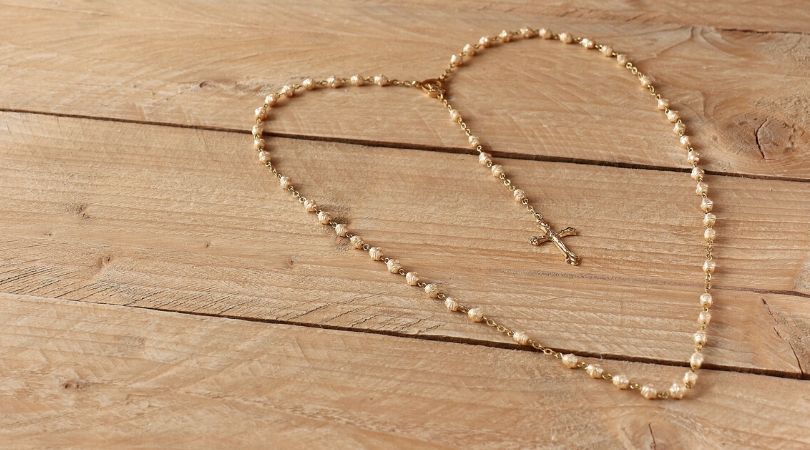 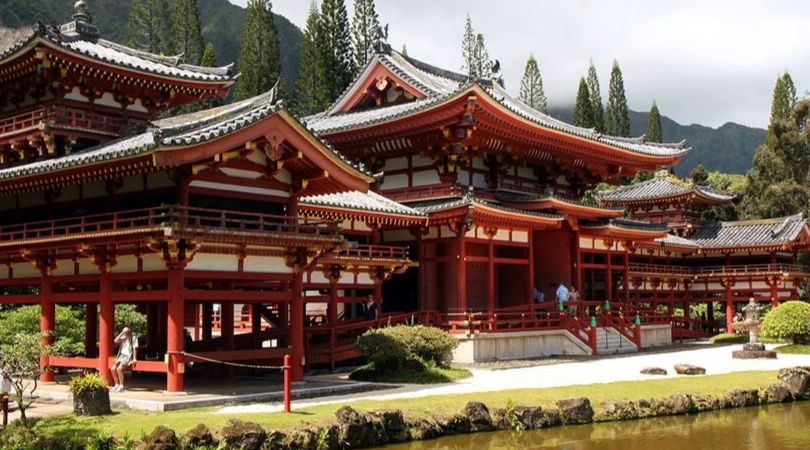