In the midst of strife, watch for the seedlings of heroes and saints rising

At around this time last week I arrived in Baltimore for the annual U.S. bishops' conference. I attended Church Militant's Silence Stops Now rally. It was on the commercial pier of the Inner Harbor, maybe a football field away from the Marriott Hotel where the conference was held. When Michael Voris is on and carefully regulates his rhetoric, he is an indispensable man in these times. He was on last week.

The rally drew around 1,000 people from across the country. Imagine my surprise when I got there to find a fellow I know right from my home parish. There were seven speakers, culminating with Voris. Some were more incendiary than others, but for the most part, the rhetoric was restrained and focused.

The most intense, gut-punch moment came when a middle-aged gentleman named James spoke. He is the fellow who was abused by Abp. Theodore McCarrick, beginning when he was 11 years old. Previously profiled in The New York Times,

James revealed his full identity for the first time at this rally. Shaking when he went up to the microphone, he was visibly trembling and shaking throughout his speech. He fully found his voice, though, when he delivered the line that gripped the crowd and threw them into wild applause. Noting that Christ's law is more important than clerical secrets, James thundered, "It's not Francis' Church; it's Jesus Christ's Church." That summed up the hurt, the anger, the bafflement of everyone there.

Some had voiced concern before the rally that this might degenerate into a rad-trad Antifa mob. The bishops even had extensive security checking everyone before they could enter the event arena. The screening was not nearly as extensive as at a presidential event, but it was similar to an airport. The security staff was simultaneously amused and bemused. They did their jobs, but obviously seemed to think this was the lamest "mob" of dissenters ever — kind of like being hired to keep the Smurfs from getting out of hand. I don't blame the bishops for exercising an excess of caution: It was the most palpable evidence that they have some idea of how bad and explosive the situation has become.

Though very blunt, throughout the rally, Voris continually emphasized that the laity have no authority over the hierarchy, except to demand reform through our voices and with the power of the checkbook, that a big part of our job was to support those bishops who were working for real reform and real fidelity to the magisterial faith. A key message was for disheartened Catholics to stay the course.

The Vatican upended the apple cart of this conference just as it began. While the bishops had planned to make a tentative beginning towards accountability, Pope Francis ordered, through the Congregation of Bishops, that the American bishops take NO action. When the Synod on Youth is promoting homosexual and transgender activism, the Vatican's buzzword is "synodality." When the bishops in America seek to seriously address and correct abuses, suddenly the Vatican is effectively telling them, "We don't need no stinking synodality. Shut up and do what you're told."

It was a stunning directive that visibly deflated many of the bishops, kind of the Pope's "Let them eat cake" moment. Chicago's Cdl. Blase Cupich continued his "Baghdad Bob" routine, immediately jumping up to say this order proved that "the Holy See is taking this crisis seriously," then launching into an obviously well-prepared speech defending the Vatican.

That performance was amazing to me. I was born into a deeply fundamentalist family in the South. My great-grandfather was a snake-handling fundamentalist preacher. I heard a lot of anti-Catholic bigotry and smears growing up (which, thankfully, my actual parents seemed immune to). Imagine my surprise, at this stage of my life, to find that the most virulent anti-Catholic bigots I have ever encountered wear bishops' mitres.

Of course, it is kind of par for the course in our topsy-turvy world. Russia officially defends Christian faith while America officially persecutes it. The Pope and his chief allies busy themselves working to undermine the actual words of Jesus and His Apostles, while a former billionaire playboy who is now president of the United State defends and respects those of traditional faith. Somewhere in the last few decades we got stuck in a "Backwards Day" that won't seem to ever end. It is "Groundhog Day" with a malignant twist.

There were bishops who remained passionately vocal about reform — and the root of the problem. San Francisco's Abp. Salvatore Cordileone, Kansas City's Abp. Joseph Naumann and Portland's Abp. Alexander Sample were bold and candid in urging serious, effective action. Bishop Joseph Strickland of Tyler, Texas earned special mention because he not only called for reform and accountability boldly, he was the only bishop who strolled over and spent time visiting and talking with the protesters. This is a bishop who relishes the "smell of the sheep." I was particularly (perhaps inordinately) pleased because I had cited each one of these bishops in a list I published a few months back of bishops I trust and admire.

I came away pondering the nature of courage and principle, of how God uses deeply flawed people to accomplish His will. I have mentioned before that Voris sometimes lets his narrative get ahead of the facts. At the same time, no one speaks as boldly as he does in a time that calls for real boldness. At a time that calls for demonstration and protest by the faithful more than any other I have lived or even read of, Church Militant is the only one who organized such a focused, serious rally in the country.

The bishops in America, as a group, are the only organization I know of that makes congressional Republicans look like profiles in courage. Yet they were prepared — even eager — to take some tentative first steps to take these things seriously.

The crisis is making us all into something different than what we have been. Honorable but timid men are finding reserves of courage they never knew they had. Honorable dissenters are refining themselves to be effective rather than just loud. I can't help but think we are all being thrown into the Divine Refiner's smelter, burning away the dross of our personalities down to the pure metal. There are going to be a lot of surprises along the way — some good, some deeply disappointing.

I am sad that the Vatican's stonewalling is leading to a multitude of secular state investigations of the Catholic Church — and probably a major federal investigation as well. I am saddened because I well know that the majority of those investigating the Church will be anti-Catholic bigots who want to destroy Her — and that they are being enabled by the anti-Catholic bigots inside the Church who continually assault the Faith. Yet, in this too, though I do not understand, I know that God has a perfect plan — and that these things must come. They will eventually lead to renewal.

Even as you read this, great heroes are being formed and great saints are rising. It is in the mud and blood of terrible strife that such are formed. In the midst of the growing strife around us, keep an eye out for the seedlings of heroes and saints that are rising.

Even as you read this, great heroes are being formed and great saints are rising.

When confronted with an old building that has gone to seed, architects must make a critical decision: Is the damage reparable or is it so severe they must clear the ground and start anew? I have said on occasion that the history of Christianity is the history of Western civilization is the history of Christianity. If our culture were an old building, it would need extensive remodeling just to be condemned. The Divine Architect has a plan. Do not let the fact that we are witness to the razing of the old distract you from anticipating His raising of the new. 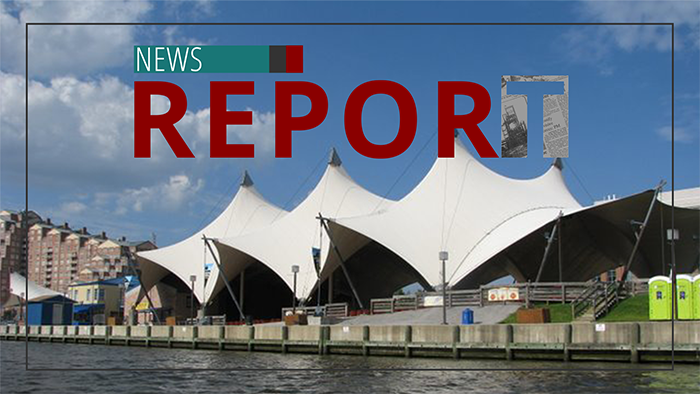 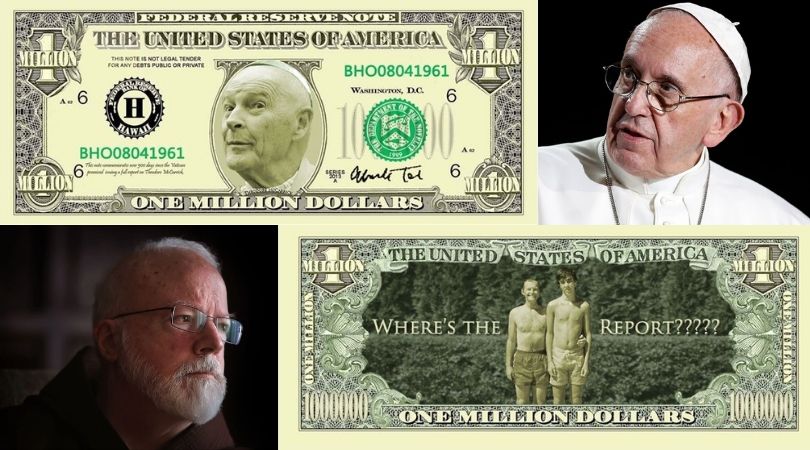