LISBON, Portugal (ChurchMilitant.com) - Pro-lifers in Portugal have won an important victory in their country's Parliament.

In spite of pressure from leftist pro-death groups, Portuguese lawmakers recently declared that there will be no vote to approve five related euthanasia bills before August. According to analysts, hearings on the measures may continue into September or October.

The delay came about after pushback by leading pro-life physicians, attorneys and other concerned citizens.

On June 19, Portugal's College of Physicians issued a statement opposing euthanasia. In a letter to the leader of Parliament, the doctors rejected any form of participation in killings, refusing to engage in any process that would cause patients' death.

This followed a June 15 statement issued by a group of prominent Portuguese law professors, who argued that the bills allowing assisted suicide are unconstitutional. According to the statement, the proposed euthanasia measures violate a fundamental article of jurisprudence, which holds that "all human life, without exception, is worthy of protection." One of the signatories is pro-life academic Dr. Jorge Miranda, who is known as "the father of the Portuguese Constitution" because of his prominence during the drafting of the country's basic document in 1976.

The legal scholars also have argued that in addition to violating the constitutional right to life, the proposed legislation would also violate the right to personal integrity, as well as "the dignity of the human person, in the context of social solidarity and the rule of law based on guarantees of fundamental rights and freedoms delineated in articles 1, 2, 9, 12, 13 and 18 of the constitution."

"The experts contend that if passed, the euthanasia laws would violate constitutional protections for the most vulnerable, which are provided in Article 64 of the constitution," they noted, "as well as the right to health protection and the duty to defend and promote the inherent ties of the State to implement the access of all citizens to medical care."

All human life, without exception, is worthy of protection.

Also contributing to the pressure on Parliament was a Pro-Life Federation of Portugal petition demanding a national referendum on the issue. The petition was signed by 95,000 citizens, thus exceeding by more than 50% the 60,000 needed to compel Parliament to put the application to a vote. The organization's president, António Torres, attributes the parliamentary delay in passing the euthanasia bills on "all this pressure" exerted by human rights advocates, according to European pro-life group One of Us.

The Association of Catholic Jurists has declared its support for the referendum, stating that it "would correspond to the minimum of democratic truth." The jurists have also noted that the largest political parties have not included the legalization of euthanasia in their electoral programs, and that members of Parliament are divided on the issue.

What It Entails, What's Next

Introduced by leftist parties, the five euthanasia bills were approved by wide margins on Feb. 20. The vote opened the door to the next phase of the lawmaking process, in which a commission discusses the final, unified bill to be presented to the president of Portugal.

Should the bills become the law of the land, two physicians (one of whom must be a specialist in the relevant illness) must join with a psychiatrist to authorize a patient's request to die. The next step is an authorization from a Verification and Evaluation Committee, which can also turn down the request. Also, a legal challenge or the patient losing consciousness could postpone the death process. Health professionals would be allowed to refuse participation in the process on the basis of conscience, while there is also oversight provided by Portugal's General-Inspectorate for Health. Patients requesting euthanasia must be either citizens or legal residents of Portugal.

During the voting in February, Catholics and human rights advocates gathered outside of the Parliament to denounce euthanasia and physician-assisted suicide for sick people. Some held banners and placards reading "Life is sacred," and "Euthanasia doesn't end suffering, it ends life." The Catholic Church, professional medical societies and the Ethics Committee for Life Science have long been opposed to euthanasia, which for the time being remains illegal. Despite appeals from Portuguese bishops, lawmakers have not called for a referendum on the issue in the traditionally Catholic nation.

President Marcelo Rebelo de Sousa of the Social Democratic Party may veto the new law, but Parliament can override the veto through a second vote. Sousa could ask for a review of the legislation, given that even while abortion has been largely legal since 2007, the Constitution holds that human life is "sacrosanct." Physicians cannot be compelled to perform the killing of the unborn.

Europe continues to be roiled by debate over what has been termed "physician-assisted" death or suicide. For example, pro-life campaigners in Spain have denounced the ruling socialist coalition for introducing legislation to allow the practice. In Germany in February, the Supreme Court declared unconstitutional the criminalization of death-dealing services provided by physicians.

As it currently stands, Portugal's penal code allows a patient to refuse medical assistance. Additionally, medical care that relieves suffering, but which may ultimately cause death, is excluded from the penal code as homicide so long as there is no intention on the part of a physician or medical professional to cause death.

In addition, the penal code establishes that medical care aimed at reducing suffering must fulfill certain requirements: It must be provided by an authorized, health care provider, comply with current medical knowledge and exhibit the current standard of care. If these requirements are met, providing such care is not considered a crime of bodily harm.

Portugal is a traditionally Catholic country, which is famed for miraculous apparitions of the Virgin Mary in the months just before the 1917 Bolshevik Revolution in Russia. At the time, an anti-Catholic regime was in power in Portugal, having overthrown the monarchy and provoked widespread repudiation by Catholics.

Since then, the apparitions have been associated with the Virgin Mary's call for a pontifical consecration of Russia to the Immaculate Heart of Mary, and with resistance to secularizing proposals by socialist governments.

However, despite its Catholic and conservative culture, Portugal has allowed same-sex "marriage," changing the sex noted on birth certificates and granting access to reproductive techniques for single women and same-sex female couples. There are also efforts underway to permit surrogate pregnancy. 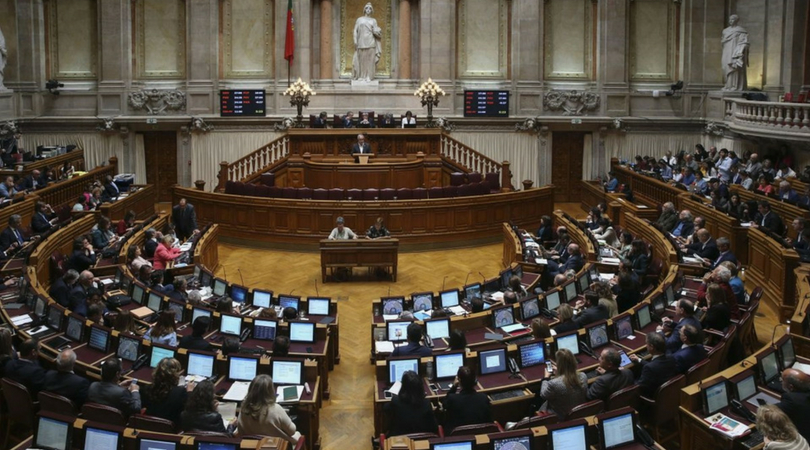