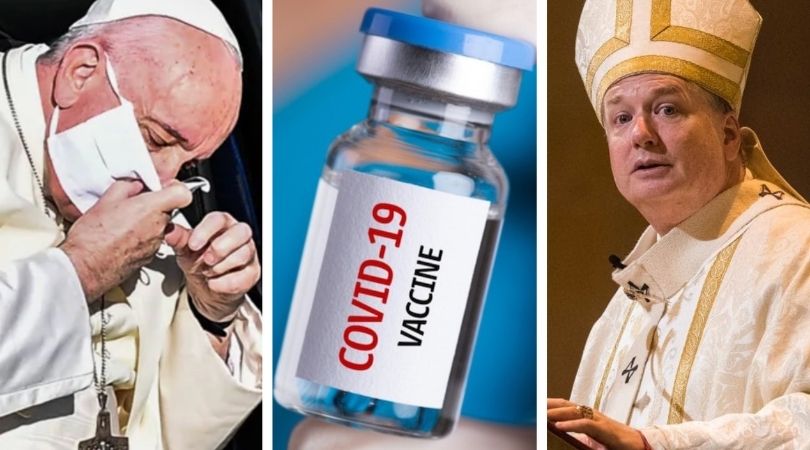 OXFORD, England (ChurchMilitant.com) - Trials on the Oxford COVID-19 vaccine made from the cell lines of an aborted baby girl have been suspended after serious adverse reaction in a volunteer, pharma giant AstraZeneca announced Tuesday night.

The British female patient was rushed to a hospital after she displayed symptoms of transverse myelitis (TM) — a rare condition affecting the spinal cord.

AstraZeneca said there would be a "voluntary pause of vaccination across all trials" as part of "a standard review process" in the trials of the Oxford coronavirus vaccine, AZD1222.

On Wednesday, Pope Francis warned against "partisan interests" emerging in the distribution of the vaccine but refrained from addressing the use of fetal cells derived from electively aborted babies.

Some people "are taking advantage of the situation to instigate divisions: by seeking economic or political advantages, generating or exacerbating conflicts," the pontiff remarked during his general audience. He condemned those who are not interested "in the suffering of others" as "devotees of Pontius Pilate" who "wash their hands."

Deacon Nick Donnelly told Church Militant that "the trial of the AstraZeneca vaccine has been rightly suspended over safety concerns due to the unexplained serious illness of one of the test participants."

"One of the cell lines being exploited in the production of the COVID-19 vaccine at Oxford University is from a healthy baby girl murdered through abortion in 1972 in the Netherlands," he explained.

Pope Francis has so far failed to provide any leadership on this, insisting only on universal access to the vaccine.

"Her kidney cells were harvested for medical research and given the dehumanizing label HEK-293. She'd probably be a 40-year-old mother with her own family by now," he said.

Donnelly also said Pope Francis "has so far failed to provide any leadership on this, insisting only on universal access to the vaccine, making no mention of the immorality of benefiting from the body parts of an aborted baby girl."

The popular English writer noted: "A selective morality about the sanctity of life is no morality at all, but just the tyranny of the powerful over the powerless."

The volunteer's illness triggered by the vaccine comes days after three Sydney archbishops wrote to Australia's Prime Minister Scott Morrison condemning the country's opting for the Oxford vaccine and warning against making it mandatory.

Catholic archbishop Anthony Fisher, Anglican archbishop Glenn Davies and Greek Orthodox archbishop Makarios slammed the government for choosing to "throw its lot with one [vaccine] that makes use of a cell‐line (HEK293) cultured from an electively aborted human fetus."

Imam Sufyaan Khalifa said "tyranny" and "fascism" is happening in Australia, not just against Muslims but "everyone"

Australia pursued the abortion-tainted Oxford vaccine despite the World Health Organization identifying 167 candidate vaccines for the Wuhan virus — 29 of which are already in clinical evaluation, the prelates lamented in a letter dated Aug. 20.

"Given that many other vaccine trials are being conducted that do not involve the use of morally compromised human cell lines," the archbishops demanded assurances that "the use of AstraZeneca/Oxford University COVID-19 vaccine will in no sense be mandatory."

Not only has a baby girl been torn apart, but the Church herself is potentially being torn apart.

The prelates also asked the government to "ensure that an ethically uncontroversial alternative vaccine will be made available in Australia if it is achieved" and that no one would be forced to use or prescribe an "ethically tainted" vaccine against "their conscientious religious or moral beliefs."

Meanwhile, referring to the archbishops' objections, a prominent Australian imam rebuked fellow Muslims for refusing to oppose the Oxford vaccine.

"The Catholics have stood up against this clearly because they know it's haram [forbidden]. It's unlawful. But you stand with the government instead," Imam Sufyaan Khalifa said in a video titled "A message to Aussie Muslims — Stand up: Follow the way of the Prophets."

"Shame on some Muslim bodies justifying the use of the vaccine," Khalifa said.

Pope Francis remains tight-lipped on the use of aborted babies' tissue in the Wuhan virus vaccine.

'Moral Schism' in the Church

Donnelly lamented that the English bishops, unlike their Australian counterparts, had failed to recognize "the immorality of benefiting from a murder victim's body parts."

The deacon elaborated on the moral schism in the Catholic Church:

We have come to a tragic state of affairs when the Australian bishops and English bishops are divided over something as fundamental as the morality of the sanctity of life. This schism between two episcopacies can be seen as the fruit of Francis encouraging national 'churches' to implement divergent moral positions in the name of 'synodality' and 'inculturation.'

"Not only has a baby girl been torn apart, but the Church herself is potentially being torn apart," Donnelly lamented.

Going against ethics often means going against nature, so adverse reactions are not surprising.

In August, Bishops of England and Wales told Catholics they have "a prima facie duty to be vaccinated," especially in the case of the Wuhan virus — even if the COVID-19 vaccine was developed using tissue derived from aborted fetuses, Church Militant reported.

Speaking to Church Militant, Italian epidemiologist Paolo Gulisano noted that the "very dangerous reaction" from the aborted fetus vaccine "is one of the many problems concerning both science and ethics given by this type of vaccines — based on human tissue instead of other materials."

Dr. Gulisano called the problem "both biological and ethical," stressing that "ethics often hits the mark, and when it sets off certain alarms, it does so for extremely well-grounded reasons."

"Using human material derived from abortions is not only terrible in itself, but also for the message it gives, i.e. abortion is 'right.' Besides the Machiavellian idea, of course, that the end justifies the means," the former professor of History of Medicine at the University of Milan-Bicocca observed.

"Going against ethics often means going against nature as well, so adverse reactions are not surprising: They also occurred with other vaccines, like the one against the measles, mumps and chickenpox. This is just one more reason to take into consideration ethical objections to this vaccine," Professor Gulisano emphasized.

Earlier, Pope Francis cautioned against "vaccine nationalism" saying "it would be sad if the rich are given priority for the COVID-19 vaccine" or "if the vaccine becomes property of this or that nation — if it is not universal and for everyone." 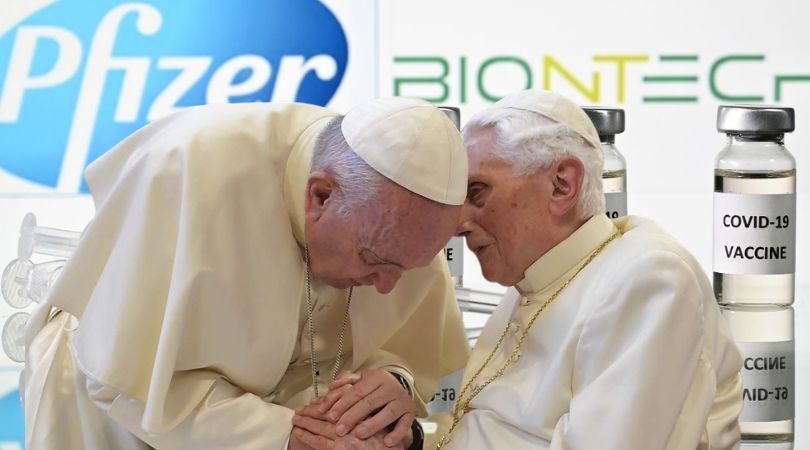