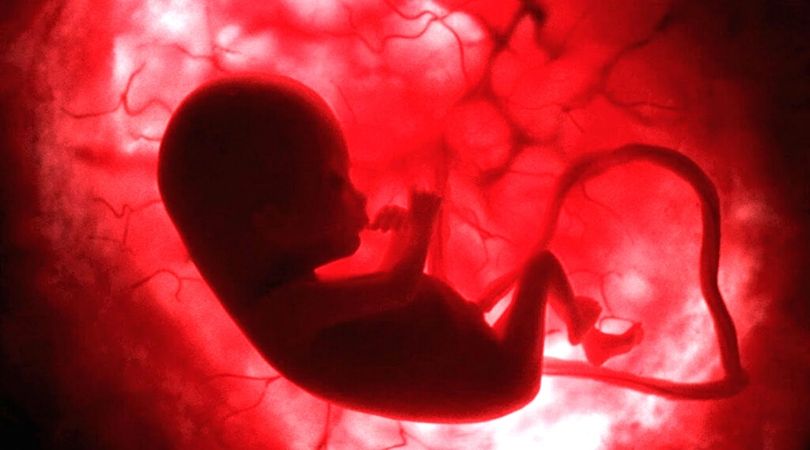 INDIANAPOLIS (ChurchMilitant.com) - By the time she was in her 30s, Christine Harrington had undergone two abortions. The second abortion involved twins. Harrington recently contacted Church Militant to tell her story.

Last week Church Militant reported on a survey concluding that women do not regret their abortions. The survey, analysts noted, is faulty, with much evidence contradicting its findings. Harrington's account testifies to the destructive impact of abortion on women. Much of her experience is universally shared by post-abortive women.

Why did you have the abortions, and at what age?

I only have snippets of memory. It's not uncommon for post-abortive women to have limited memory of their abortion. Often we don't remember the date, month or year. Like me, most women have abortions because of lack of support, either financially or emotionally.

For me, everyone in my world was telling me since I wasn't married that I must get an abortion. Not one person encouraged me that it's God's will to have this child, or even talked about the sin of abortion. I heard messages like, "It's legal and it's just a clump of cells — why burden yourself trying to raise this child alone?" and the father of the babies said, "get rid of it."

Were you a practicing Catholic at the time?

At the time of the abortions, I was sporadically attending a non-denominational Christian church. After the second abortion, I stopped going to church completely. I felt damned, hopeless and my suffering intensified. I assumed I was now excommunicated from the Catholic Church because of the abortions. So I plunged into the New Age.

How did you rationalize your abortions?

Herein lies the problem. I could not justify the abortions. I knew it was wrong — a grave sin. So I did what millions of other post-abortive women do, and that's bury it — bury the reality I willingly killed my own babies; bury the shame, grief and regret. Don't talk about it. Don't acknowledge it. Act like it never happened. Whenever abortion was mentioned on TV, I quickly changed the channel.

Who knew about your abortions?

My immediate family, the father and a few close friends knew.

How did your abortions make you feel?

Most post-abortive women I talk to have the same sensation I did — numbness. I felt numb, spiritually disconnected, as if I was in shock. One memory I have is being driven home after the second abortion. The doctor announced I had twins, and I immediately screamed "stop!" and he said — without even looking at me — "too late."

With relief and joy, the depression I had been under for most of the last 18 years lifted from my soul. I was so thankful for God's mercy.

I don't recall walking out of the clinic. I remember being driven home with my head resting against the cold car window feeling as if I just lost my soul, from the complete emptiness and self-loathing I had for myself. Many post-abortive women express regret of their abortions, maybe not that day, but shortly after. It's the regret that haunts you every single day.

What triggered you to finally take an honest look at it, and yourself? Was sacramental confession involved?

I couldn't take the denial of the abortions any longer. Eighteen years prior, my mother gave me [a priest's] business card. I displayed that card prominently on my office desk for 18 years. In January 2008, I picked up the phone and made an appointment for confession. After two and a half hours of confession, sobbing uncontrollably through most of it, monsignor absolved me of all my sins and told me I could be received back into the Catholic Church.

With relief and joy, the depression I had been under for most of the last 18 years lifted from my soul. I was so thankful for God's mercy. But monsignor wasn't through; he handed me a Rachel's Vineyard retreat brochure and strongly urged me to go. As I left, monsignor said to me, "Do you know what day this is?" And I shook my head no. "It's the day Roe v. Wade was passed in 1973. This is no coincidence you're here today. God chose this day for you."

Briefly tell us about your experience at Rachel's Vineyard retreat.

I felt my life had been given back to me. Everyone involved in facilitating the retreat was very warm and welcoming. I had gone to five different therapists over the last 18 years and not one ever asked me if I had an abortion. I didn't make the connection between my deep depression and the abortions. The therapists at the retreat helped us to piece it all together, and give us tools to use to begin healing. Post Abortion Stress Syndrome is a real diagnosis and they helped us learn how to deal with it.

Has the grieving process included naming your babies, or praying to them?

There were beautiful experiences to help the post-abortive mother reconnect with their aborted babies, and naming the babies was just one.

Do you believe your baby's soul is in Heaven? Or somewhere else?

Yes, I believe the babies' souls are with Jesus in Heaven based on Pope St. John Paul II telling those who have lost a child to abortion in The Gospel of Life: "You will come to understand that nothing is definitively lost, and you will also be able to ask for forgiveness from your child, who is now living in the Lord." (No. 99)

How would you compare your life today with the 18 years that you were in denial?

My life is vastly different now after the sacrament of confession and attending a Rachel's Vineyard retreat. I'm back in the Catholic Church, living in a state of grace. I'm dedicated to helping post-abortive women face their decision and find healing and hope. But certain things still trigger me, and I'll slide into Post Abortion Stress Syndrome.

Here are two examples: I decided to go public about my abortions and become a member of the pro-life team for the archdiocese. That meant I had to tell my son, who was 16 years old at the time. He never knew about the abortions. When I told him, I didn't anticipate his responses, and his pain stabbed my heart so deeply. He said, "You mean, I didn't have to grow up all alone?" — and the second question — "Why didn't you just abort me too?" We often forget how abortion affects other family members. And it profoundly affects them.

Abortion causes the mother to be disconnected emotionally from her living children and spiritually disconnected from God.

Now at Thanksgiving and Christmas, it's just my son and me. We look at the three empty chairs that should be occupied by the three children I "chose" to kill. While I no longer live in denial, the pain of my "choice" remains every holiday, birthday and days in between. I just now know, through the grace of God and Rachel's Vineyard, how to manage the suffering and isolation. My personal devotion is to give up my suffering for the holy souls in Purgatory.

What would you say to women who are now in that state of denial?

In my pro-life work, I come across two types of post-abortive women — those, like me who silently suffer, and those that are outspoken and "proud" of their abortion. A recent example is Michelle Williams receiving an award at the Golden Globes, announcing pride in her abortion. The post-abortive women that are "loud and proud" of their "choice" are the ones who suffer from the deepest denial. They need to proclaim loudly in order to defend their choice; otherwise, they'd be forced to admit to themselves their "choice" killed a baby.

When I got pregnant a third time, after the two abortions, I couldn't go through another one. As my pregnancy advanced, I realized even deeper what I had done in the abortions. These babies were not a clump of cells. They were living, growing human beings. My shame intensified. You see, abortion causes the mother to be disconnected emotionally from her living children and spiritually disconnected from God. When I finally brought my newborn son home from the hospital, I was afraid of him. I was afraid I'd hurt him in some way, because after all, I was a monster for killing his siblings. How could God trust me with this precious gift? Many times, I'd cry at night asking God to help me be a good mother.

There is hope, healing and forgiveness after abortion. Post-abortive women can contact Rachel's Vineyard or e-mail Christine for information or advice.