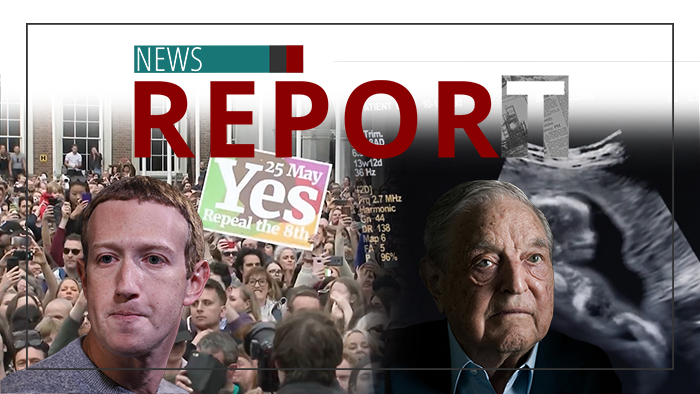 In 2018, 66% of Irish voters chose to abolish the country's Eighth Amendment, which outlawed abortion.

Last week, an Ireland-based pro-life organization released a new documentary digging deeper into the referendum that brought death to the Emerald Isle.

Maria Steen, barrister: "There was a personal story that was never heard. And that was that of the baby."

To top it off, Facebook's CEO Mark Zuckerberg and billionaire George Soros both gave enormous sums of money to the abortion industry and directly supported Ireland's abortionists in the referendum.