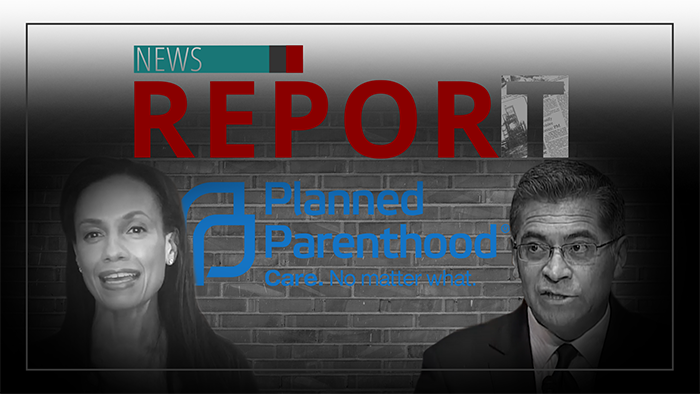 Undercover reporter Sandra Merritt filed an opening defense in her appeal against the abortion behemoth's vindictive lawsuit. Merritt recorded video of abortion workers engaging in the attempted sale of fetal remains, a violation of federal law.

Planned Parenthood, however, accused Merritt and her partner David Daleiden of conducting a criminal enterprise with their undercover recordings.

Current vice president, Kamala Harris, and nominee to Secretary of Health and Human Services, Xavier Becerra, are accused of using their positions with California's Attorney General office to initiate a politically motivated criminal prosecution against Merritt and Daleiden.

Becerra deflected from questioning in his Senate confirmation hearing, saying, "California has privacy laws. We enforce privacy laws. When we take action based on violation of privacy laws, it's because we have evidence that the rights of Californians to their privacy has been violated."

Both politicians have had their campaigns funded by Planned Parenthood.

Planned Parenthood also had a friendly judge for its civil suit against Merritt, Daleiden and other associates.

In Merritt's appeal, the civil court judge is said to have erred in not allowing evidence that would have demonstrated the legal protection for Merritt's activities.

The main points of defense are:

Merritt's case is now with the infamous 9th Circuit Court of Appeals.

Reporter: "It routinely is the most overturned court in the U.S. In 2012, the Supreme Court reversed 86% of the rulings it reviewed from the 9th."

Pro-lifers are aghast, though unsurprised, the abortion industry gets a pass to violate the law. Unfortunately, the federal government is now being led by many of the politicians who allow for child-murder and illegal profiteering to continue.