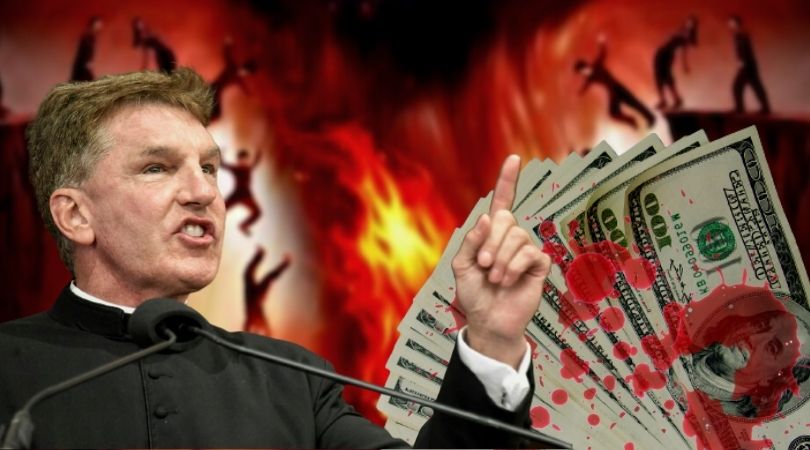 Altman condemned Catholic pro-abortion politicians and their bishops while speaking in Detroit with Michael Voris during a Church Militant Evening News segment Monday.

"God damn the Democratic Party and their entire platform, which supports this damnable evil. And God will damn every Democrat and every bishop who does not stand up, repent and stand up against this," Fr. Altman warned.

Handy is demanding an autopsy of the bodies now in possession of D.C. authorities. A cursory examination of the fully intact lifeless bodies indicates they were delivered alive before being murdered, likely via illegal abortion procedures.

Killing a child through partial-birth abortion is a crime.

United States representative Marjorie Taylor Greene, R-Ga., revealed last week that "one of them had her skull crushed and her brain removed in a manner consistent with partial-birth abortion or infanticide."

Killing a child through partial-birth abortion is a crime under federal law.

The pro-life group Progressive Anti-Abortion Uprising released images of the viable babies last week. Church Militant shared video of the stomach-churning images during Evening News and is electing to do so in this article, to help fully convey the horrors that take place in abortion mills. (Viewer discretion is advised.)

GOP senators James Lankford of Oklahoma and Utah's Mike Lee on Friday sent a letter signed by 23 senators and 46 representatives, all Republicans, to U.S. attorney general Merrick Garland. They're demanding the Department of Justice conduct a comprehensive investigation of each infant's untimely death.

Hell is going to be unfortunate for you, and you deserve it.

In response, Fr. Altman launched a verbal cannonball at the bishops of the Michigan Catholic Conference. During his discussion with Voris, the firebrand exclaimed, "Hell is going to be unfortunate for you, and you deserve it."

Altman reminded viewers that "God does damn," and will damn, every unrepentant person responsible for such atrocities. This includes those who are complicit through their silence.