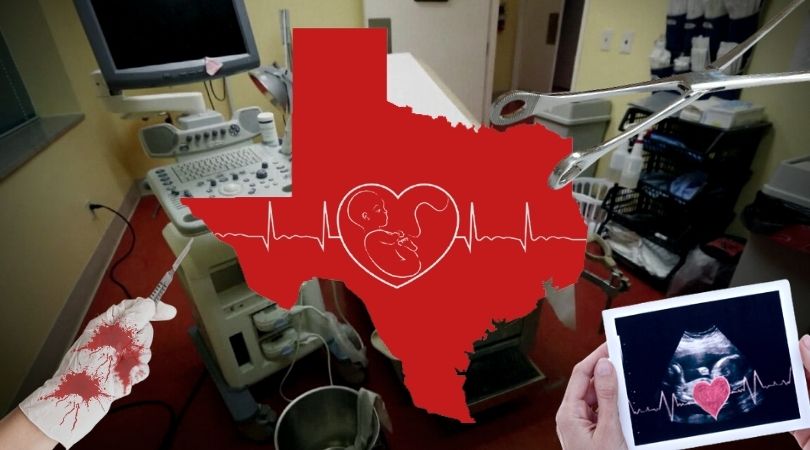 Abortionist Marva Sadler bragged about the 67 murders in 17 hours Aug. 31 at Whole Woman's Health in Fort Worth. Meanwhile, Planned Parenthood's Bhavik Kumar performed his "record" of 60 at the Houston location.

Wednesday, Sadler described her evening in an opinion piece on AZCentral, "I worked through tears until midnight [last] Wednesday as our small but mighty team of eight staff made sure every one of our patients received their [abortion]."

The abortuary and its parking lot were filled with women waiting their turn, and phones were ringing off the hook to book an appointment. The fire marshal was called twice to control capacity limits. Sadler figured out her location needed to perform eight abortions an hour to get everyone in with just one doctor. Pro-lifers prayed outside with the hope of saving at least one child.

The Texas heartbeat law prohibits abortion once the unborn baby's heartbeat is detected, around six weeks gestation. It also allows private citizens to enforce the law — rather than government prosecutors — by suing involved parties. The plaintiff could receive at least $10,000 for winning a suit. Sadler called the bill the "most extreme anti-abortion law." Police had already arrived on the scene that evening before it took effect.

Sadler figured out her location needed to perform eight abortions an hour to get everyone in with just one doctor.

For a short time, Sadler thought the pro-lifers were winning. But she told her coworkers, "We are not the bad guys here. We are doing everything right, and we're going to help everybody that we can. If there's someone that we can't help, it's not our fault."

She's been a longtime advocate for abortion, even challenging a former Texas pro-life bill in 2013. She ended up winning a lawsuit in 2016 after the U.S. Supreme Court overturned parts of the legislation.

"Forcing someone to continue a pregnancy against their will," Sadler opined, "is not only a violation of their constitutional rights and their basic humanity, it also causes a multitude of other harms, especially for those working to make ends meet."

Abortions were performed until midnight at Whole Woman's Health in Fort Worth. When the staff was leaving, pro-life protestors were still waiting outside. They remained there through the night and into the morning when Sadler was coming back at 7 a.m.

Abortions were performed until midnight at Whole Woman's Health in Fort Worth.

The first morning with the new law, the abortion mill had already turned away four people by 10 a.m.

Among those present was abortionist Bhavik Kumar, who was praised as a hero by Glamour. He had 20–30 women in his waiting room late in the day Aug. 31. The next day, he had to turn away three out of six women under the new Texas law.

Pro-lifers say the lives at stake are actually the children's, not the lives of the mothers using abortion as a contraceptive measure. In Texas alone, about 54,000 kids were aborted in 2020, with 85% more than six weeks old — the threshold in Texas' new heartbeat law. The law will save tens of thousands of babies.

Fake Catholic Joe Biden doesn't see it that way though. Wednesday he said his administration is "deeply committed to the constitutional right established in Roe v. Wade nearly five decades ago and will protect and defend that right."

Thursday, the Department of Justice filed a lawsuit against the state of Texas in a federal court in Austin. It is seeking an injunction from the court to prohibit the law's enforcement.