Abortion in Argentina and Francis 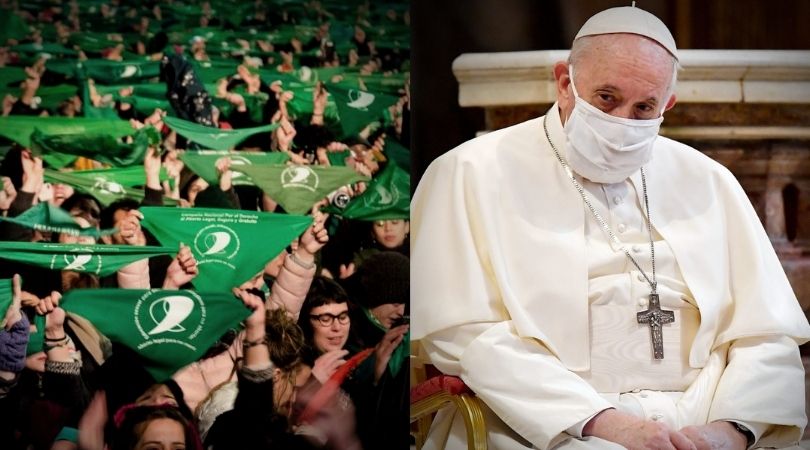 BUENOS AIRES (ChurchMilitant.com) - Just hours after the Feast of the Holy Innocents, the Argentine Congress approved one of the broadest abortion measures in the world.

The new law in Pope Francis' native land establishes infanticide ("voluntary pregnancy interruption") as a right at any time during the first 14 weeks of growth, but largely allows the practice throughout all nine months of pregnancy if the "comprehensive health of the gestating person" is at stake. Abortion is thus allowed for girls as young as 14 — without parental consent. Health professionals, furthermore, who refuse to conduct abortions must refer women to clinics that provide the service.

At the independent InfoVaticana website, Rubén Peretó Rivas says the new abortion law was a signal defeat for native son Pope Francis at the hands of his "friends" in the ruling Peronist party.

This is not a mere interpretation. It is what the cold facts of votes say. Seventy percent of the Peronist deputies and sixty-eight percent of the Peronist senators voted for the bill. The centrist party, the very same that Pope Francis has continually disparaged and for which he has a profound class resentment, amply voted against the law in both chambers. In other words, legal abortion in Argentina was the work of Bergoglio's friends.

Evidence of how well former Buenos Aires archbishop Cdl. Jorge Bergoglio treats his friends was seen in the warm reception he gave to Argentine President Alberto Fernández, who visited the Vatican in January 2020, soon after taking office. This was despite Fernández's campaign promise to see abortion made the law of the land. While the two discussed the upcoming vote on abortion, Fernández remained confident that relations between the two were good. Despite Fernández's declared intention to push for abortion, he and his concubine received the Eucharist at a Vatican chapel from Argentine archbishop Marcelo Sánchez Sorondo.

Photographs of the chummy Pope and president meeting at the papal offices circulated widely throughout the year as the ground was set for debate on the abortion bill. That Fernández received Holy Communion, and has frequently professed his Catholicism certainly allayed the qualms of Peronist politicians and their supporters over supporting something so opposed to eternal Catholic teachings.

Visits to Francis by Fernández's predecessor, President Mauricio Macri  — a pro-business centrist — were, however, noticeably chilly, according to observers. While Macri was in office, Francis ostensibly kept his distance so that Macri would not boast of a papal seal of approval.

Within the orbit of the ecclesial hierarchy, Francis's coterie of pals also leaves much to be desired: Bp. Gustavo Zanchetta is facing civil justice in Argentina for alleged homosexual improprieties and misappropriation of Church funds but continues to serve at the Vatican in a position of trust. Monsignor Battista Ricca, the Pope's  "trusted confidant" and "eyes and ears" at the Vatican Bank was accused of conducting a homosexual affair with a Swiss army officer. The Vatican Secretary of State, Abp. Edgar Peña Parra, has been  accused of multiple cases of homosexual abuse by Abp. Carlo Maria Viganò.

Abp. Sánchez Sorondo, while he has not been accused of sexual indiscretions, has been criticized for embracing communist China. Sánchez Sorondo is the highest authority in the Church on social teaching and, according to Vatican Insider, he said, "Right now, those who are best implementing the social doctrine of the Church are the Chinese," applauding the communist government for following Francis's 2015 encyclical, Laudato Sí. This comment was not met with any public rebuke by Francis and came as the U.S. government and numerous Catholic churchmen (such as Cdl. Joseph Zen) were criticizing a still-secret arrangement between the Vatican and Beijing over the Church's legal status.

Abortion is thus allowed for girls as young as 14 — without parental consent.

In a wide-ranging analysis, Argentine author Juan Carlos Monedero disagreed with his compatriot Peretó Rivas and wrote that the approval of the abortion bill was a victory rather than a defeat for Francis. Monedero also identified several reasons why the abortion bill passed. They are as follows: 1) the tenacity and conviction on the part of abortion advocates; 2) the support tendered by foreign governments and nonprofits, such the United States, International Planned Parenthood Federation, George Soros' Open Society and the Bill and Melinda Gates Foundation; 3) the pro-abortion media; 4) the support from President Fernández; and 5) "the dishonorable role played by the Catholic hierarchy, as much as by commission as by omission."

While all the above contributed to the defeat of the pro-life ethic, the fifth involves the Pope. When President Fernández said in October 2020, "I'm a Catholic who doesn't believe that abortion is a sin," he was not met with denunciations by the Argentine episcopate or any reproof from the Vatican. While groups of lay Catholics and evangelical Christians hit the streets this year to defend innocent life, they were not met with visible support from Catholic prelates.

After Argentina's Congress approved the bill, the bishops issued a press statement that used feminist "inclusive language" and even referred to abortion by leftists' favorite euphemism: "interruption of pregnancy."

It read: "The Church in Argentina wishes to reaffirm along with brothers and sisters of various creeds and many non-believers that it will continue to work with firmness and passion in the care and service of life."

Rather than heaping moral opprobrium on the Catholic legislators who denied the most basic human right, the statement continued, "This law that has been approved will further deepen the divisions in our country. We profoundly lament how distant much of the leadership is from the people's sentiments, which has [sic] been expressed in several ways to favor life throughout our nation."

Finally, the bishops used Pope's favorite irenic and weaselly language: "We embrace every female and male Argentine; also, the deputies and senators who courageously manifested themselves in favor of all life. Defending it always, without compromise, will make it possible for us to build a just and caring nation, where no one is discarded and where we can live in a true 'culture of encounter.'"

"Culture of encounter" is one of Francis's lapidary phrases in his theology of communitarianism and environmentalism.

The Pope is well-known for his denunciations of U.S. immigration and border security policy, and for his embrace of the persecuted of this world, including Rohingya Muslims, Uighur Muslims and the Christians of the Middle East. However, any denunciation of the slaughter of innocents in his native country, which amounted to 500,000 annually before the abortion bill, was muted.

Also, neither the Pope nor his Argentine confreres have shown to pro-abortion politicians the level of animosity they have shown to the faithful of San Rafael. The latter is the tiny diocese in the Andes where Bp. Eduardo Maria Taussig shut down Argentina's most successful seminary when seminarians and staff questioned the prelate's decision to impose a government requirement to distribute Communion only by hand rather than by mouth, as was customary. Bishop Taussig has threatened, for example, to discipline diocesan clergy who resist him by stripping them of their clerical status. No similar threats have been meted out to ostensibly Catholic politicians who approved of infanticide. Taussig met with Francis this year and proclaimed that he had Vatican approval for the closure.

What happened last year in Argentina makes abundantly clear that Pope Francis is at best a mediocre politician unable to forestall a signal defeat for the Faith and the Argentine people. At worst — and this is what many Argentines told me during a visit to Buenos Aires — their native son is a cynic who not only accepted much of the leftist cant of Argentine communists of the 1960s and 70s, but cares little about this criminal law. Choosing pro-abortion politicians and prelates of notorious limitations and weaknesses as his friends shows his predilection for persons of the worst moral stock.

Francis supported the Peronist Party through his actions and inactions in 2019, even after two Peronist presidents stole millions of dollars and impoverished the nation (2003–2015). As amorphous as an amoeba, the Peronist Party can adapt to circumstances and remain in power to enrich its leaders. Juan Peron, the charismatic president of the 1940s and 50s who founded the movement, himself said in 1950 that Peronism "is an ideological position that is in the center, on the left or on the right, according to circumstances. We obey circumstances." Peron not only sought to cultivate vagueness but to glorify it as a virtue.

'Culture of encounter' is one of Francis's lapidary phrases in his theology of communitarianism and environmentalism.

The Pope's decades-long involvement with Peronism included advising Peronists before Peron's return to Argentina in 1974. When Francis makes nonsensical statements such as "Realities are greater than ideas," the relationship to Peronism and Peron's ambiguity becomes obvious. Needless to say, an idea is a reality and the Pope's assertion that "realities are greater than ideas" is an idea.

Such subtlety of thought is either lost on Francis, or it is deliberate Peronist ambiguity. For Argentina, Peron's incoherencies led to decades of civil war, economic instability, further class divisions and lost opportunities. For Catholics, the Pope's Peronist ambiguities have led to the muddle that allowed one of the biggest Catholic countries in the world to deny its Faith and condemn millions more innocents to the charnel house of abortion. 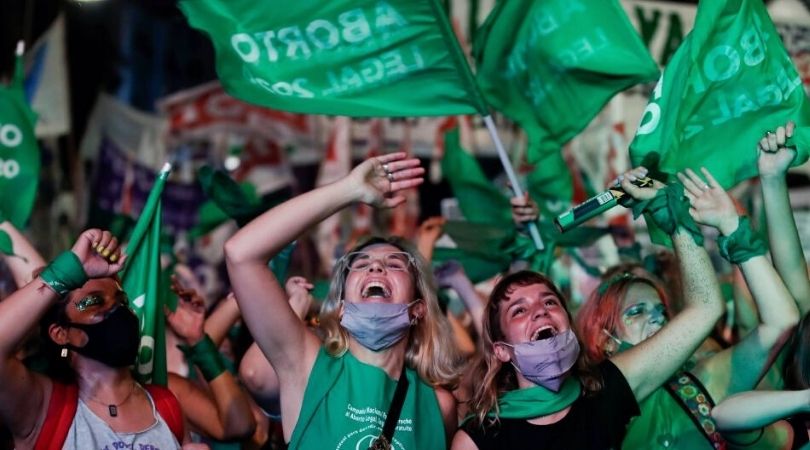 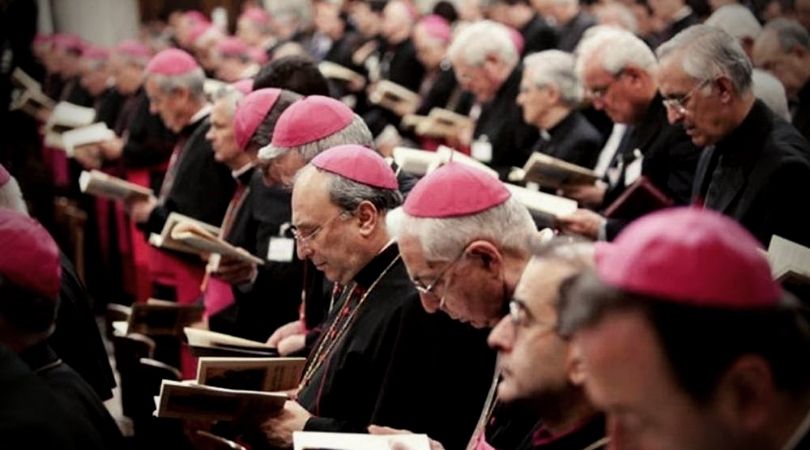