ROME (ChurchMilitant.com) - An American cardinal has issued a stinging rebuke to American bishops, hitting back at the attempt to downgrade the "preeminent priority" of abortion in Catholic moral teaching.

"It is absolutely clear that abortion is the preeminent social issue," Cdl. Raymond Burke categorically said in response to the United States Conference of Catholic Bishops (USCCB) controversy over whether Pope Francis prioritizes other social and moral issues on the same level as abortion. "Abortion, from the very first days of the Church, has always been considered to be among the most grievous of sins."

In our times, we have become too politically correct, too concerned about pleasing people.

"What disappoints me most is that 69 bishops would have voted in favor of removing that language — that is an ominous sign," the former prefect of the Apostolic Signatura told The Wanderer.

At the annual fall meeting of the USCCB in Baltimore, controversy erupted when the bishops were drafting a document on providing guidance to the faithful on voting in elections.

In a letter to accompany the document "Forming Consciences for Faithful Citizenship," the bishops debated whether to include paragraph 101 from Pope Francis' 2018 apostolic exhortation on holiness, Gaudete et Exsultate.

Bishop Robert McElroy of San Diego argued for the paragraph to be included, claiming that Pope Francis prioritizes other issues at the same level as abortion.

"It is not Catholic teaching that abortion is the preeminent issue that we face in the world of Catholic social teaching. It is not," the bishop insisted, adding that to teach otherwise would provide "a grave disservice" to the faithful.

Cardinal Blase Cupich of Chicago agreed, proposing an amendment to add the paragraph saying that Pope Francis wishes to ensure "that we do not make one issue that a political party or a group puts forward to the point where we're going to ignore all the rest."

Bishop Joseph Strickland of Tyler, Texas hit back, however, getting up simply to say, "I absolutely think 'preeminent' needs to stay."

"I think it's been a very clearly articulated opinion of the bishops' conference for many years that pro-life is still the preeminent issue," said Abp. Charles Chaput of Philadelphia, openly disagreeing with Tobin and Cupich that holding that abortion is a "preeminent" issue is not contrary to the magisterium of Pope Francis.

Free clip from CHURCH MILITANT Premium
WATCH MORE LIKE THIS
However, 69 bishops voted in favor of Cupich's motion to downgrade abortion, with 143 members of the conference in support and four abstentions.

"Even though they didn't prevail (thanks be to God!), what is the situation of the 69 bishops who do not consider abortion to be the preeminent social issue?" Burke asked. "We must thank God for those bishops who did speak up — and we must pray that more and more faithful bishops will also make their voices heard."

Lamenting the loss of more than 60 million abortions in the United States, the cardinal reiterated that abortion is "absolutely the preeminent social issue of the time."

The infernal red-fire dragon with seven heads stands before the pregnant woman, ready to devour her child at birth.

Besides abortion, two issues that should have been at the "forefront of the concerns" of the USCCB are faith in the Real Presence in the Holy Eucharist and the rise of "nones" (those with no religious affiliation) as now the largest religion in the United States, Burke noted, with 69% of Catholics not believing in the Real Presence.

"In our times, we have become too politically correct, too concerned about pleasing people," he added. "Rather, we must tell people the truth, certainly in the most attractive way possible, but without ever compromising the full integrity of the truth."

The prelate also cautioned faithful Catholics to beware of the newly revised issue of the Catechism, since it would "not have the authority of the text that was approved for promulgation in 1994, which will continue to be the authoritative text." He explained:

Whatever commentary Archbishop Fisichella and other contributors offer in the new volume will have the worth of their fidelity to the unchanging doctrine of the Church. This is not some new Catechism of the Catholic Church and should not be viewed as such. I, for my part, urge people to study the officially released Catechism. Once again, I emphasize that whatever authority the new edition has will depend on the correctness of its fidelity to doctrine.

Denouncing as "preposterous" the idea of a "Francis Magisterium," Burke lauded the heroic example of St. Athanasius, who "at the cost of great suffering" was sent into exile and was excommunicated by Pope Liberius "for the sake of truth," but nevertheless "remained steadfast in fighting for the truth" against the Arian heresy, at a time when the majority of Catholic bishops had become Arians.

"That is precisely what needs to happen again today," he insisted.

Earlier, Cdl. Robert Sarah, prefect of the Congregation for Divine Worship, called abortion the "greatest tragedy of our time," noting that the pro-life cause is "part of the final battle ... between God and Satan."

"The 'infernal red-fire dragon with seven heads' — a prototype of the Culture of Death denounced by St. John Paul II in his teaching — stands before the pregnant woman, ready to devour her child at birth," he warned. 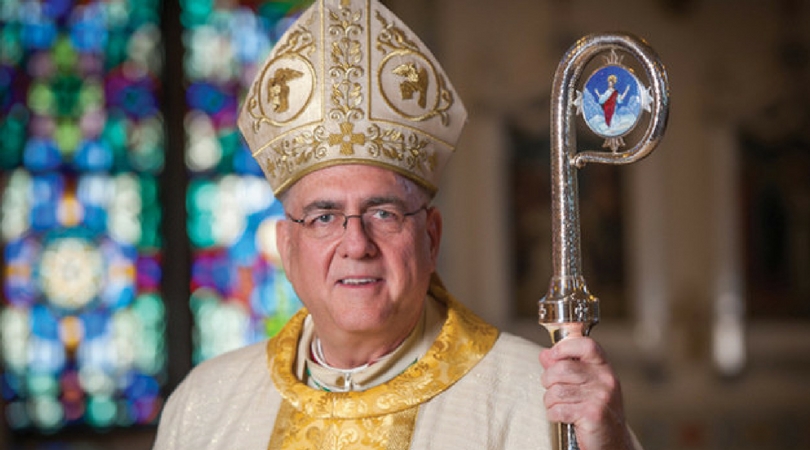