"A woman's health care, her whole future, her ability to decide if and when she starts a family is not an election, it is fundamental to her life," said Whitmer. "It is life-sustaining and it's something that government should not be getting in the middle of."

The governor also confirmed her view of abortion as medically "essential": "We stopped elective surgeries here in Michigan. Some people have tried to say that [abortion] is considered the same and that's ridiculous."

In a press release issued on April 17, Right to Life of Michigan reiterated a call "for Gov. Whitmer to treat elective abortions the same as all other surgeries deemed as non-essential."

"Whether or not it's time for Michigan to allow surgeries deemed non-essential is a question for public health experts. However, we demand Gov. Whitmer's rule be applied equally to everyone," said Barbara Listing, president of Right to Life Michigan.

Listing added that it's "heinous" that "abortions are allowed to continue amidst the potential personal protective equipment shortages that resulted in other procedures being canceled," arguing that it is "unfair that Michiganders are legally forbidden from receiving treatment for serious injuries and conditions while abortion facilities have free rein."

"Gov. Whitmer has allowed her ideology to waste PPE needed by doctors and nurses during the worst stages of this pandemic, and now it has created a two-tier healthcare system in Michigan where abortion comes first and patients with serious medical conditions come second," the pro-life advocate said.

Listing suggested — as many critics of Whitmer have noticed — that "Whitmer is prioritizing her political future ahead of the needs of Michiganders, and criticized the governor for her "extensive national media tour,” during the time of the pandemic. "Her most important audience is Joe Biden's vice presidential selection committee, not the people of Michigan," she added.

Michigan is reporting 2,391 deaths as of April 20, and Detroit, Michigan's most populous city, reported a higher Wuhan virus death rate than New York City on April 7.

In an article called "What a Friend we have in Moloch," author and respected commentator John Zmirak points out that "In 90% of America, abortion services are 'essential' while Christian services aren't."

He argues that abortion is "child sacrifice" — "the only religious rite permitted by the government."

In ancient Carthage, "people did [child sacrifice] to get ahead. It was a lot like ... aborting your first child so you can finish law school," Zmirak explains.

What if the number of lives lost to the virus was lower than the number of babies saved? This virus really shut down our country on the Feast of the Annunciation. That is, of Jesus' conception. The babies saved now will be born at Christmas time. Will that wake America up?

International pro-life advocate Obianuju Ekeocha, Founder and President of Culture of Life Africa, took to social media to comment on a picture of Whitmer sporting a "Planned Parenthood Makes America Great" hat, tweeting, "Only a wicked human being would flaunt this cap knowing that Planned Parenthood has killed millions of innocent unborn babies."

The Catholic News Agency (CNA) reported on recent litigations abortion providers have filed against states that have declared abortions to be "elective" procedures in an effort to keep on providing abortions during the pandemic.

CNA noticed judges have issued injunctions allowing the abortion providers to continue operating in Alabama, Ohio and Oklahoma. Only Texas has seen their ban upheld by a court.

By Zmirak's logic and in the topsy-turvy world propagandistic euphemisms, Whitmer is capitalizing on child sacrifice and calling it life-sustaining. 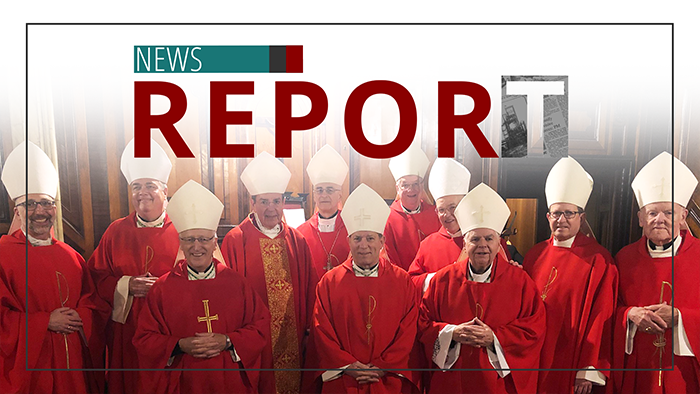