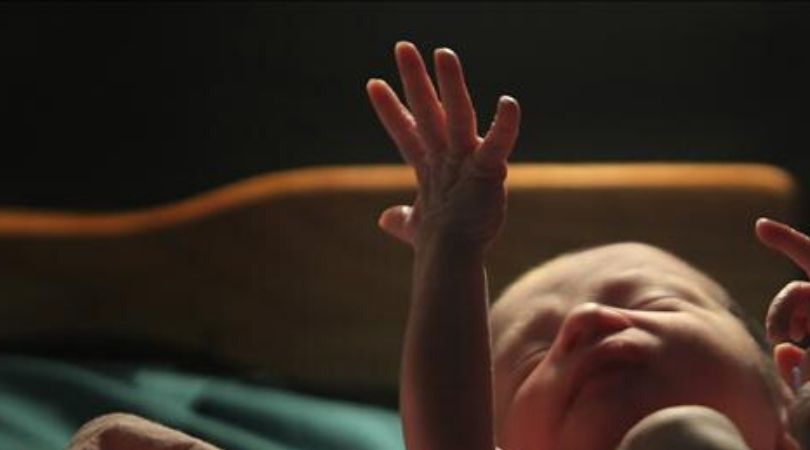 Lila Rose of Live Action tweeted last week that abortion is not only a crisis, but is still our nation's greatest crisis.

"Abortion clinics remain open today, dismembering and sucking children with beating hearts from their mother's womb," she wrote. "2,363 children will lose their lives today. This continues to be our nation's greatest crisis, yet so many of us are numb to it. It's our 'normal.'"

Since 1973, surgical abortions in America have averaged close to 4,000 per day. This means around 1.3 million human beings have been intentionally killed before birth each year for the past 47 years in the United States, totaling around 65 million. And this is abortion only through surgical means.

Pharmaceutical or chemical abortions, and mechanical abortions through the IUD, raise the number almost ten-fold, according to Dr. Bogomir Kuhar, founder of Pharmacists for Life International, which has studied the problem and has come up with educated estimates.

In his booklet, "Infant Homicides through Contraception," Kuhar uses estimates of data gathered by the U.S. government's Centers for Disease Control (CDC) and the Alan Guttmacher Institute — a research arm of Planned Parenthood. Kuhar goes into some detail explaining his methodology in his computations, as he breaks down the numbers.

"Summing up the above figures brings a grand total of 7,905,000 to 13,025,000 chemical [abortifacient contraceptives], mechanical [abortifacient devices, such as the IUD] and surgical abortions in the USA annually," Kuhar stated.

Abortion clinics remain open today, dismembering and sucking children with beating hearts from their mother’s womb. 2363~ children will lose their lives today. This continues to be our nation’s greatest crisis, yet so many of us are numb to it. It’s our “normal.”

"Extrapolating our findings above from 1973 [through 1994] — the year of legalization of abortion on demand in all 50 states — a total of 197,625,000 to 325,625,000 chemical, mechanical and surgical abortions have wiped out the equivalent of the entire U.S. population, more or less," he concluded. There have been considerably more chemical abortions since then.

But it is the coronavirus currently holding the attention of the world. It is a virus to which humans have no immunity, is highly contagious and can kill the vulnerable elderly as well as those with pre-existing conditions. Most medical experts say it is presently 10 times more lethal than influenza in those who contract it, a rate margin of around 1.0 to .01. Yet there is still a low risk of becoming seriously ill, according to the CDC.

Abortion, on the other hand, is a radically different evil from the coronavirus, in kind and in number.

Abortions have wiped out the equivalent of the entire U.S. population.

With regard to kind, St. Augustine taught there are two basic kinds of evil: physical and moral. While physical evil is the privation of good in a being, like blindness to the eye or a broken bone to a leg, moral evil is the result of the choice of free-willed creatures, intentionally opposing God and right reason.

The Catechism of the Catholic Church (CCC) makes this distinction in sections 310 and 311. While contracting a virus or spontaneous miscarriage is a physical evil (i.e., involuntary), abortion, which is the intentional killing of the preborn child, is a moral evil. Essentially, as the Church teaches, moral evils are much graver than physical evils.

With regard to numbers, the Church regards every human life as unique and invaluable, and every death a tragedy. This is in line with medical professionals' approach to the coronavirus in that they suggest we take reasonable precautions to contain the virus socially and to avoid contracting it individually. At this writing, in the United States the coronavirus has been confirmed in 4,093 people, 12 people to date have recovered from it and 69 have succumbed to the illness. It is still spreading.

In contrast, abortion is not only intended by the parent, the abortionist and all those who formally cooperated in its procurement, but it is also legal. This brings acceptance of abortion to a whole different level. The Church teaches that abortion is a grave moral evil in any single situation, notwithstanding the number of preborn children killed by prenatal murder since Roe v. Wade, which has been astronomical.