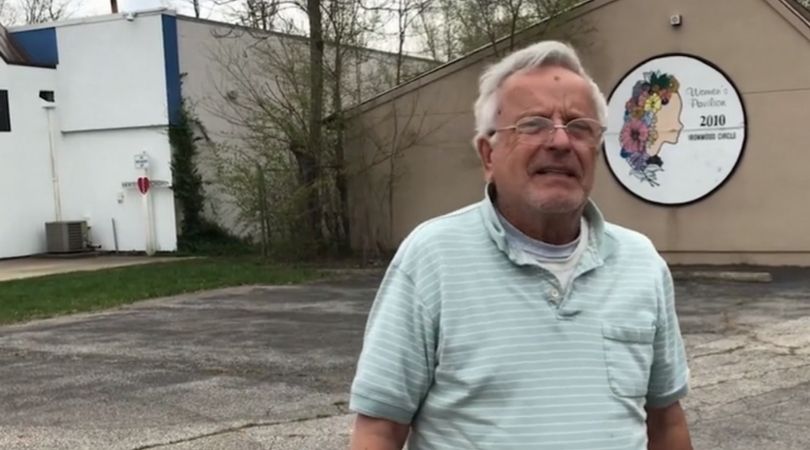 Dr. Ulrich Klopfer often visited a pro-life center in the last three years of his life

SOUTH BEND, Ind. (LifeCenter) - The saga surrounding Dr. Ulrich "George" Klopfer never seems to end for Shawn Sullivan, the founder and director of The Life Center in South Bend. Sullivan, an attorney, is currently trying to secure the proper burial of 2,246 aborted babies that were found at the deceased Dr. Klopfer's residence in Illinois, and at the same time he is seeking an investigation of the property, Klopfer's former abortion clinic, adjacent to The Life Center.

"He was just in here several days prior to his passing, and it was clear he was transforming," said Sullivan, "but to what end, I have no idea. That's beyond my pay grade."

These recent events make it clear that the controversial drama regarding Klopfer continues. We have gone from battling Klopfer, to shutting him down, to befriending and evangelizing him, to pondering his death and soul, to learning of his storage of 2,246 aborted bodies at his residence, to wondering what horrors are lurking inside the building next door to us.

And he added that "several post-abortive mothers have asked that their children receive proper burials and not continue preserved in containers on a shelf in a facility."

Sullivan is working the legal channels and his pro-life contacts to ensure the law is enforced and followed. He has teamed up with Dr. Monica Miller of Citizens for a Pro-life Society (Michigan) and Eric Schiedler of Pro-Life Action League (Illinois) to assist in navigating the proper burial of the babies, knowing that there will be a number of government authorities involved.

Indiana law requires the burial or cremation of aborted babies. [It's] clear to those of us who have followed Klopfer this past decade that the aborted children found in Illinois are from Indiana. At this point, we do not know the years encompassed, but my educated guess is that they are from the later years of his operation given our recordations of his operations.

He continued, "When we set up our ministry next door to Klopfer, one of the reasons was to watch his every move. We also sought to talk to the post-abortive mothers. That's how we ended up gathering the evidence against him that resulted in the revocation of this permit."

"One of the mothers revealed to us that he was violating Indiana's informed consent law so we focused our investigative efforts on that type of violation, and we uncovered hundreds of them," he said.

The Life Center also houses a chapel offering Masses and adoration, and the chapel actually overlooks the abortion clinic. The Life Center is also home to many other ministries to promote the Culture of Life, from adoption, to natural family planning, to shelter for abuse victims, to assistance, to emergency crisis pregnancies and, of course, TLC Legal to handle the daily barrage of legal issues confronting the pro-life ministries and the life-choosing mothers.

"When we first opened The Life Center, Klopfer was quite hostile to us because we had full-time prayer warriors and sidewalk advocates at his entrance," explained Sullivan. "In 2012, when we opened, Klopfer was at the height of his business and was in three locations in Indiana."

"But Dr. Klopfer went from his highest abortion numbers to just 1/3 of that the next year to 0 in the third year," he added. "Having the Blessed Sacrament on site and all of the focused prayer led to one miracle after another. We had 102 saves and obviously hundreds of turn-aways, even as Klopfer's other two Indiana abortuaries were closed and all of his clientele came to South Bend."

Having the Blessed Sacrament on site and all of the focused prayer led to one miracle after another.

Given that The Life Center procured the evidence that shut down Klopfer's operations and so detrimentally affected Klopfer's business, one would think that Klopfer would have been furious with The Life Center.

"The transformation of Klopfer began to happen when Notre Dame awarded Biden with the Laetare Award," Sullivan explained. "The Life Center was the only local group protesting Notre Dame's decision, and The Life Center received a fair amount of persecution from that, and it was then that Klopfer realized that The Life Center was authentic and genuinely concerned with the issue at hand."

Sullivan concluded: "Once Klopfer learned that it was not personal, he wanted to see what made us tick. That eventually drew him to the chapel, because that is the life blood of all of our activities. That was one of the more surprising events in this Klopfer saga."