DETROIT (ChurchMilitant.com) - In a recent interview, the U.S. bishops' soon-to-be pro-life leader slammed "pro-choice Catholics" and called on fellow clergy to preach on the abortion issue.

For priests and bishops like himself, Abp. Naumann argues, this means preaching to the laity on the evil of abortion.

Speaking with Catholic World Report in an interview published Monday, Abp. Naumann broke from the discussion to boldly exhort, "I'd also like to say to our priests: we can't fail to talk to our people about these real sins that affect the lives of our people. If we talk about sins they don't commit, of what good is that?"

The archbishop said this while discussing his own homilies on abortion. He noted that when he speaks on abortion, "I've had a few walk out [during homilies], but such people are few and far between. I pray for those who walk away, as I've obviously hit a difficult chord with them. But most people who hear me are supportive."

On November 14, the U.S. Conference of Catholic Bishops (USCCB) elected Abp. Naumann chairman of the Committee of Pro-Life Activities. The term for the position begins a year after election, so Abp. Naumann is still chairman-elect until Cdl. Timothy Dolan's term closes "a year from now," he explained to the reporter.

Archbishop Naumann has a long history of activity in the pro-life movement, stretching back to 1984 when he was still a parish priest and led a parish pro-life group.

He told his interviewer about his own personal connection to the pro-life issue:

My own father was murdered before I was born. It was in December 1948, and I was just three months along inside my mother's womb. So, I was part of a crisis pregnancy, in a sense, even though it was a different culture at the time. As the issue evolved and became an issue in our culture today, my personal background gave me a greater sensitivity to women facing a pregnancy under traumatic circumstances.

The archbishop spoke fondly of the annual March for Life in Washington, D.C. He said about the 2018 March for Life coming up in January, "God willing, I’ll be there. I try to go every year, along with a large group of people from Kansas."

While technically a secular protest, Abp. Naumann remarked on the staunch religious atmosphere at the March for Life, "We go there as part of a prayerful pilgrimage," he said. "I love to celebrate Mass with our youth; we also have confession and Adoration. Because of the time of year, the weather can be harsh but that makes our witness all the purer."

The interviewer from Catholic World Report asked Abp. Naumann about politicians who identify as Catholic but promote legalized (and even taxpayer-funded) abortion. The archbishop gave something of a mixed response. He feels the first reaction from bishops should be to presume the politician in question is ignorant or poorly-catechized and then must explain the Church's position to him.

But, Naumann argues, if a politician uses his Catholic name to try to convince other Catholics to betray the Faith, that is a grave danger to souls.

He blasted so-called "pro-choice Catholics," saying, "Tim Kaine, a U.S. Senator and former vice presidential candidate, is another example of a politician who flaunted his Catholic background but spewed a lot of pro-choice rhetoric. When they do this, they're taking on a teaching role and misleading our people."

The prelate has called out Tim Kaine before. In October 2016 while remarking on the vice-presidential debate, Abp. Naumann said he found it "painful" to listen to Tim Kaine's "contorted reasoning" for supporting abortion.

Featured in diocesan newspaper The Leaven, the archbishop's column last year stated, "Unfortunately, the vice-presidential debate revealed that the Catholic running for the second highest office in our land is an orthodox member of his party, fulling embracing his party's platform but a cafeteria Catholic, picking and choosing the teachings of the Catholic Church that are politically convenient." 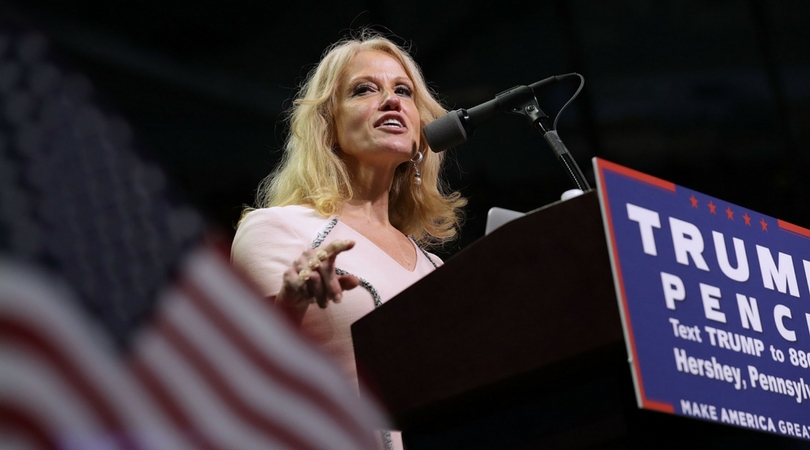