PORTLAND, Ore. (ChurchMilitant.com) - Another U.S. prelate is directing active homosexuals to repent and confess their sins prior to receiving Holy Communion.

Drawing on the 2016 guidelines of Abp. Charles Chaput of Philadelphia, which implemented the papal exhortation Amoris Laetitia (AL), Abp. Alexander Sample of Portland, Oregon, penned his own guidelines in May, which were subsequently publicized last Wednesday in Portland's archdiocesan newspaper.

In his guidelines, Abp. Sample reaffirms the Church's teaching that all Catholics regardless of sexual orientation must confess their grave sins with a firm purpose of amendment before they receive Christ's Body and Blood. "The same call to chastity and holiness of life applies equally to all persons, whether attracted to the same or opposite sex," said Abp. Sample. "They should be counseled, like everyone else, to have frequent recourse to the Sacrament of Penance."

Free clip from CHURCH MILITANT Premium
WATCH FULL SHOW
The archbishop promised to write these guidelines last October when he laid the moral foundation for them in his pastoral letter on AL titledA True and Living Icon. In his recent guidelines, he again affirms the Catholic principle that AL, like all other Church documents, must be read and understood within the "tradition of the Church's teaching and life." This tradition includes "the great treasury of wisdom handed on by the Fathers and Doctors of the Church, the witness of the lives of the Saints, the teachings of Church Councils, the Catechism of the Catholic Church and previous magisterial documents."

His guidelines address the specific pastoral needs of six groups of Catholics: married couples, separated or divorced Catholics who are not remarried, those divorced and civilly remarried, cohabiting couples, those experiencing same-sex attraction and same-sex couples. It would be a misuse of AL, says Abp. Sample, for Catholics in any one of these groups to pit their "subjective judgment of an individual conscience" against the Church's "objective moral law" as if "conscience and truth were two competing principles for moral decision making."

He backed up this statement with a quote from Pope John Paul II's encyclical Veritatis Splendor:

Such a relationship cannot be accepted into the life of the parish without undermining the faith of the community, most notably the children.

Regarding divorced and civilly remarried Catholics, Abp. Sample says they too must confess their sins like any other Catholic and live chastely:

Every Catholic, including the divorced and civilly-remarried, must sacramentally confess all serious sins with a firm purpose to change, before receiving the Holy Eucharist. In some cases, the subjective responsibility of the person for a past action may be diminished. But the person must still repent and renounce the sin, with a firm purpose to amend his or her life.

All Catholics should be welcomed into the parish says the archbishop. To avoid the appearance of endorsing irregular unions, however, Abp. Sample says that divorced and civilly remarried Catholics "should not hold positions of responsibility in a parish (e.g. on a parish council), nor would they carry out liturgical ministries or functions (e.g., lector, extraordinary minister of Holy Communion)."

The archbishop applies this same ban on public ministry or positions of responsibility to couples "living openly same-sex lifestyles." He admits that some couples do "live together in chaste friendship and without sexual intimacy." The archbishop says, however, that such same-sex relationships can never be condoned by the Church and are scandalous to other parishioners and for the children of such couples:

But two persons in an active, public same-sex relationship, no matter how sincere, offer a serious counter-witness to Catholic belief, that can only produce moral confusion in the community. Such a relationship cannot be accepted into the life of the parish without undermining the faith of the community, most notably the children.

This is contrary to the practice in Bp. Patrick McGrath's diocese of San Jose, California. The parish website of St. Clare parish in the diocese actually posted the same-sex wedding status of a parishioner and employs the man on their parish council. On a page titled "Meet the St. Clare Parish Council," the biography of parishioner John Sullivan ends with the following, "John and his husband Willie are the parents of twin third graders at St. Clare School."

For his part, Abp. Sample enjoins all those engaged in pastoral ministry to "exercise the tremendous responsibility entrusted to them with complete fidelity to Catholic teaching coupled with mercy and compassion." He closes his guidelines with the reminder that the goal in all of this is to "lead people into a grace-filled communion with God and his Church that will lead to eternal life." 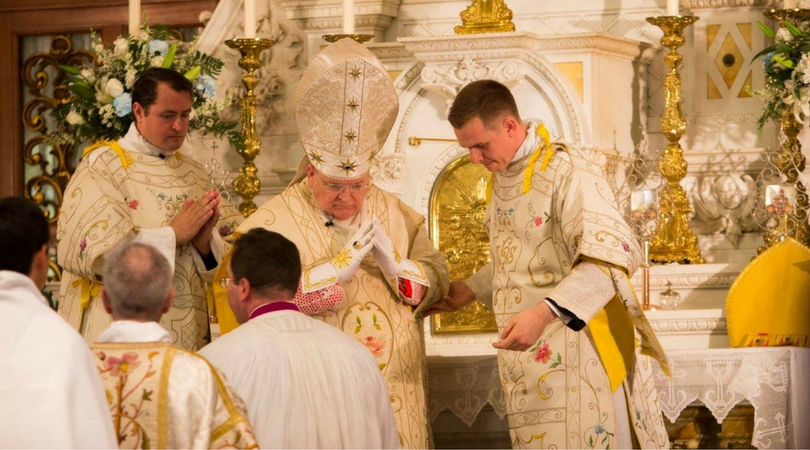 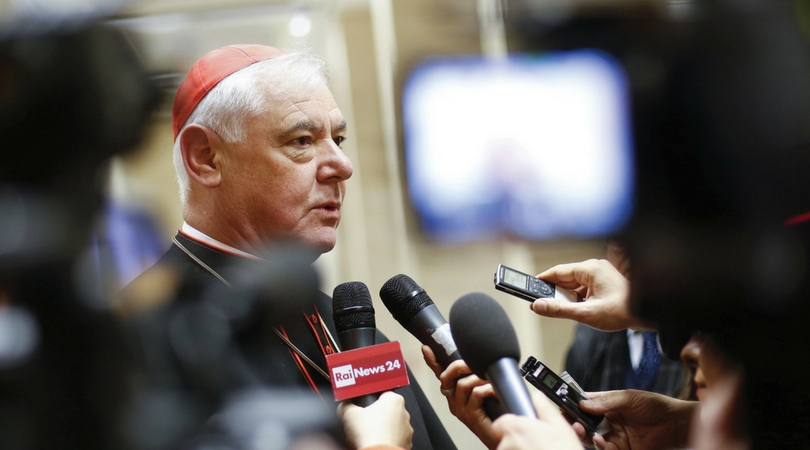 Vatican Watchdog Speaks Out on Dubia: No Communion for Civilly Remarried
By Bradley Eli, M.Div., Ma.Th.   •   0 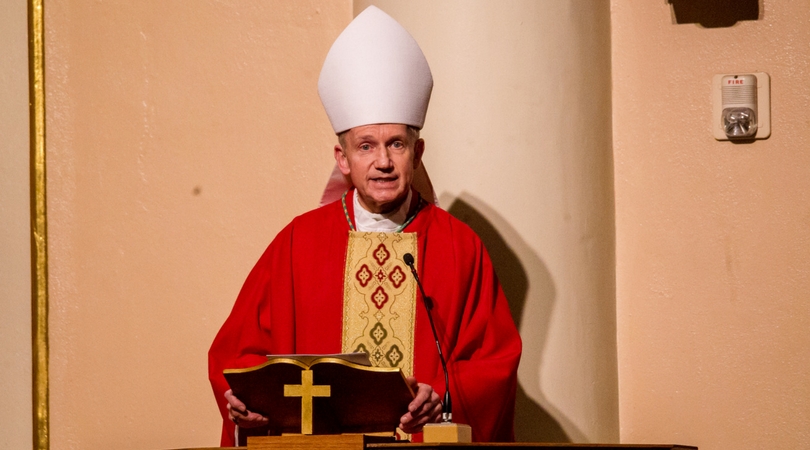