DETROIT (ChurchMilitant.com) - Archbishop Allen Vigneron is telling Greek Orthodox Christians to live their Orthodox faith, seeming to imply that they need not convert to the Catholic faith. Vigneron made his remarks during a Wednesday Vespers service with Detroit Greek Orthodox Metropolitan Nicholas for the vigil of the feast of St. Nicholas.

The remarks by Vigneron came less than a week after the archdiocese released a video titled "Part of the Family," encouraging Catholics to invite others to Mass for Christmas. The video says in part, "This Christmas, we're thankful you're one of us, a Catholic, part of the family." The video concludes with a rendition of "Go Tell It On the Mountain."

By telling Catholics that he is thankful they are a part of the Catholic family, and then telling the Orthodox that he needs them to remain Orthodox, Abp. Vigneron is explicitly excluding the Orthodox from "the family." Since several of his parishes don the moniker "all are welcome," why did he not take the opportunity to welcome the Orthodox? Sadly, this speaks to a lack of concern for souls.

Sadly, this speaks to a lack of concern for souls.

Orthodoxy is fraught with differences of opinion on contraception, divorce and the recognition of ecumenical councils, among other things. While some Orthodox recognize the first seven councils prior to the 1054 A.D. schism, others recognize two additional Orthodox councils — the Fourth and Fifth Councils of Constantinople.

Regarding the question of birth control, the Orthodox Church of America says Orthodoxy declares that "those means of controlling conception within marriage are acceptable which do not harm a fetus already conceived."

Church Militant has produced an episode of the program Remaining in the Truth dealing with the Eastern Orthodox and their beliefs about divorce and remarriage. 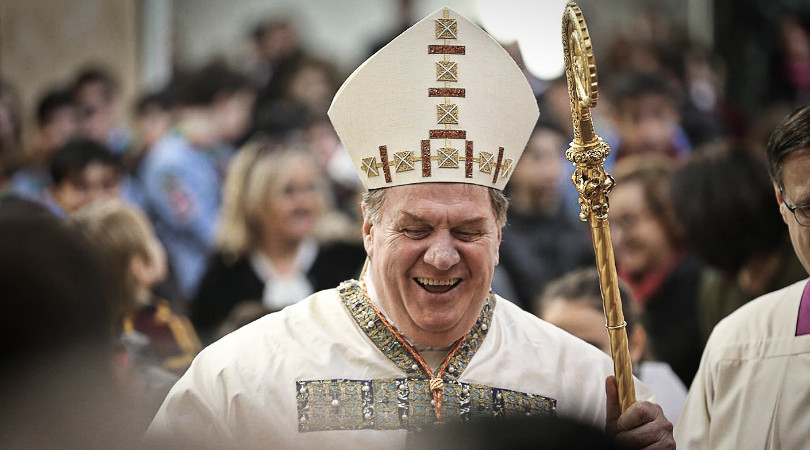